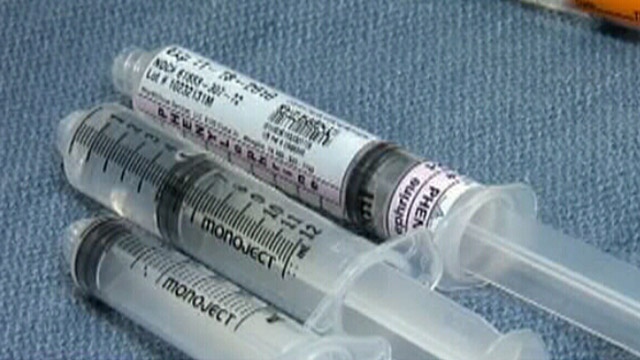 A low-cost treatment for hepatitis C could be available soon.

A non-profit group is working to develop an affordable treatment for hepatitis C that will cost less than US$300 per patient – a tiny fraction of the $80,000 price tag currently charged by big drug makers to treat the liver infection.

DNDi, the Drugs for Neglected Diseases initiative, is working with Egyptian drug maker Pharco Pharmaceuticals to test a new drug called ravidasvir in combination with the older drug sofosbuvir, in Malaysia and Thailand.

If testing shows the drug is effective in many types of hep C patients, the drug combo could become an affordable way to treat the liver infection in low- and middle-income countries – and perhaps one day in higher income countries such as Canada.

Pharco has agreed to supply DNDi with the drug combination for clinical study for only $300 per treatment course. That’s a lot less than the prices charged by U.S. drug makers Gilead, AbbVie and Merck for their hep C treatments.

“If our clinical trials are successful, this regimen could become part of a public health approach to treating hepatitis C that will be an alternative to today’s high drug prices and treatment rationing,” said Dr. Bernard Pécoul, the executive director of DNDi, which was founded in part by Medicins Sans Frontieres to help develop affordable treatments for neglected diseases.

“An affordable cure for this deadly disease that treats all strains, or ‘genotypes,’ of the disease, is essential to tackling the worldwide hepatitis C epidemic.”

As many as 150 million people around the world are infected with chronic hepatitis C – including an estimated 250,000 in Canada.

The illness is considered a “silent killer,” since most patients don’t realize they have the viral infection until the liver is damaged enough to cause symptoms. Many of these patients go on to develop cirrhosis, liver failure and liver cancer.

For years, treatment was long and risky, and only successful 40 to 80 per cent of the time. But in the last decade, a class of drugs called antivirals (DAAs) has revolutionized treatment. The drugs, have been so expensive, however, that they are out of reach for the vast majority of the world’s patients.

Now, DNDi is hoping to change that. It reports that a new DAA, ravidasvir, has shown cure rates of up to 100 per cent in patients with a certain genotype of the virus, when combined with sofosbuvir, another DAA.

DNDi has licensed rights for ravidasvir in low- and middle-income countries from Presidio Pharmaceuticals, the Californian firm that developed the drug.

The group’s clinical trials will test the new drug combo in Malaysia and Thailand, where many genotypes circulate. If successful, it could become an affordable “pan-genotypic” way of treating all hep C patients.

Dr. Sherine Helmy, the CEO of Pharco Pharmaceuticals, said her company agreed to supply the drug for just $300 in part because Egypt has one of the highest hep C rates in the world.

“We hope that our collaboration with DNDi to develop a combination treatment that costs $3.50 per day or less – as opposed to $1000 per day for only one pill – will lead to widespread access to safe, effective, and affordable treatment for hepatitis C patients around the world,” she said.