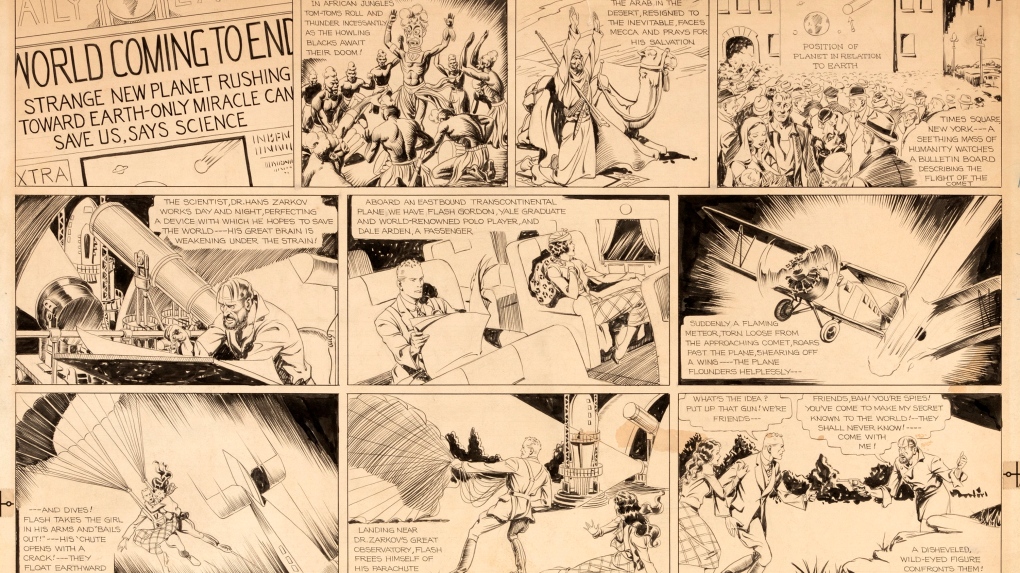 LOS ANGELES -- The original artwork for the "Flash Gordon" comic strip is headed for a new realm -- the auction block.

The auction house Profiles in History said Wednesday that it will sell the drawing on March 31. The pencil-and-ink drawing by artist Alex Raymond was first published in January 1934, and the series quickly grew in influence, spawning movies and inspiring later science fiction stories like "Star Wars."

Profiles in History says it is the first time the artwork is up for sale.

The first story, drawn on a large illustration board, within a few panels takes Flash Gordon from being a passenger on a plane to being a hostage on a rocket headed toward a planet on a collision course with Earth.

The "Flash Gordon" strip was commissioned as a competitor to the Buck Rogers series. Raymond, who died in 1956, was praised for the artistry of his strips.

The auction will also feature another Raymond creation, "Jungle Jim," his answer to the Tarzan character.