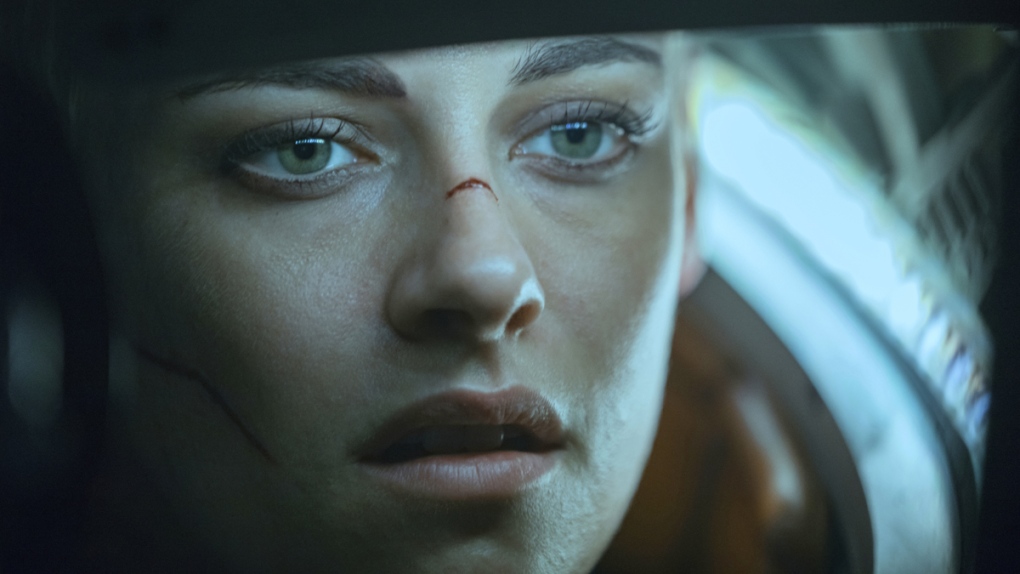 Who says the "Alien" franchise is dead? Ridley Scott may have exhausted the storytelling possibilities of the original franchise, but don't tell that to Kristen Stewart and the annoying T.J. Miller, stars of the new thriller "Underwater," a.k.a. "Aquatic Alien."

Stewart is Norah an engineer working on a rig at the bottom of the ocean. She and the crew of nautical scientists, (Vincent Cassel, Jessica Henwick, John Gallagher Jr., Mamoudou Athie, Gunner Wright and Miller) are at the mercy of the watery depths when an earthquake destroys their subterranean laboratory. As they fight for survival they discover they may have woken a fierce enemy. "This better not be some '20,000 Leagues Under the Sea' crap," says Paul (Miller).

On the ocean floor no one can hear you scream, but we can hear lots of heavy breathing as the cast grunt their lines into their deep-sea diving suits.

"Underwater" is an ocean floor people-in-peril flick with loads of wet, claustrophobic atmosphere but little in the way of actual thrills. The earthquake happens in the opening minutes of the film, throwing the characters into danger right off the bat so we don't get to know anything about them other than their "never say die" attitude and Norah's wondrous ability to squeeze through very tight spaces before the bad stuff happens. There is no emotional connection, just characters navigating the murky depths with the occasional jump scare thrown in. The final showdown with the deep-sea beast has a certain majesty to it but by then echoes of better movies like "Alien," "The Abyss" and "Leviathan" have done in the film's chances of making an impression.

Lots of movies have mined similar territory but the ones that stand out add something interesting to the mix. Unfortunately "Underwater" brings nothing new to the outer space/underwater monster genre. 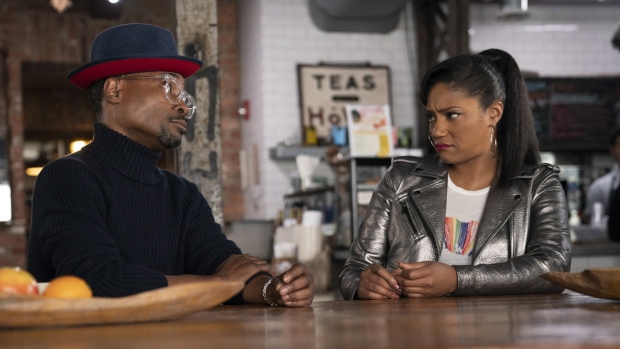 "Like a Boss," a buddy comedy starring Rose Byrne and Tiffany Haddish, is a story of besties in business almost torn apart by money.

Fast friends Mia (Haddish) and Mel (Byrne) are self-described "badass queens, like those b*tches who raised Wonder Woman." The cosmetics company they started allows them to "run their best life" but the bills are piling up. "We're four hundred and ninety-three thousand dollars in debt," says Mel. Helping them out of the financial hole is Claire Luna (Salma Hayek), a mogul with bottomless pockets. She offers them over a million bucks but it comes with strings. "Per your contract," Claire's assistant tells them, "you now have to give Claire $.49 of every dollar for the rest of your lives." Claire's involvement brings more than just cash, however. "In my experience," Claire says, "business and friendship don't always mix," and soon a rift develops between the levelheaded Mel and reckless Mia.

The experience of watching "Like a Boss" in theatres is not unlike watching a movie at home. In the comfort of your castle you might get up to make a sandwich, get a drink or go to the bathroom and miss some of the connective scenes that help the movie make sense. "Like a Boss" replicates that experience by taking out many of the scenes necessary for the story of female empowerment to work properly. No need to leave your theatre seat. The movie feels rushed, as if those scenes of exposition were ripped from the script on long shift days in order to accommodate the film's slight 83 minute running time.

It's a shame because the charming cast is trying hard to wring laughs out of the thin, predictable story. There are a handful of good giggles — Billy Porter's "witness my tragic moment" scene among them — that hint at what this movie could have been — a mix between "Bridesmaids" and "The Devil Wears Prada" — but it runs out of steam fast, well before the inevitable impromptu musical dance number at the end.

"Like a Boss" wants to be a glass of chardonnay, you go girl kind of feel good comedy but it doesn't feel as good as it could because of its scattershot approach to the storytelling. With no emotional connection to the characters, the jokes fall flat despite a talented cast.

"Luba" is a gritty family drama about a single mom's struggle to juggle parenting and work while a drug addicted soon-to-be ex-husband complicates life for everyone.

Bartender Luba (Nicole Maroon) moved to Toronto from British Columbia after her mom died, met and married Donnie (Vladimir Jon Cubrt, who also wrote the script). "He was a bar rat," she says, "and we partied like animals. I slowed down. He didn't and when he found out I was pregnant he went off the rails." When Donnie lands in jail on drug charges, Luba is suddenly a single mom to two-year-old Matty (Porter Schaefer), forced to find her own way in the world.

Six years later Luba is struggling to make ends meet as Donnie reappears, clean and sober. Luba reluctantly allows him back into Matty's life, but as Donnie slips back into old habits, his behaviour endangers the whole family. "I'm going to start doing bad s**t again," he says. To protect Matty and her own future, Luba must confront Donnie's deepest insecurities.

Despite a chirpy coda that shows us the latter part of Luba and Matty's journey, "Luba" is not an uplifting movie. The naturalism of the lead performances and immediacy of Caley Wilson's direction lend the film a fly-on-the-wall documentary feel that wallows in the seemingly unending downturns in the characters' lives.

As unsparing as it is, "Luba" gives us a reason to care about what happens to the characters. Maroon brings the low-level sense of desperation that hangs over Luba like the Sword of Damocles to life as she tries to navigate motherhood, a work life and several unsuccessful romantic interludes.

Cubrt supplies the film's grit, showing how Donnie's addiction has grown out of control, as though it is a force unto itself. When it becomes clear his drug problems are likely to come to a tragic end, both for him and his son, Cubrt takes pains to show Donnie's humanity. He's wrong-headed and dangerous, but he isn't a monster, just someone who is no longer in charge of his thoughts and actions.

"Luba" deals with sensitive subjects but never feels exploitive. The documentation of the downward spiral of poverty and drug addiction has elements of melodrama, particularly in the film's final third, but strong characters ensure that "Luba" is more than mere voyeurism.