Canada has its fair share of biting insects, such as blackflies and mosquitoes, but most of our spiders are pretty harmless. Still, that doesn’t mean that dangerous spiders don’t make their way into Canada.

A Nova Scotia woman is currently recovering from an “unbearable” bite that was likely caused by a spider. Her wound is similar to that of a Nova Scotia man who was told he was likely bitten by a brown recluse spider.

Calum Ewing, a spider expert who works at the Nova Scotia Museum, says it’s difficult to diagnose a spider bite after the fact, because everyone reacts differently to insect bites.

“The only way to be absolutely sure that it was a spider that bit you is to see the spider actually biting you,” he told CTV’s Your Morning.

He says venomous spiders can easily be transported to Canada from the tropics, typically on shipments of fruit.

Here’s a look at a few of the spiders he says Canadians should know about and how dangerous their bites are: 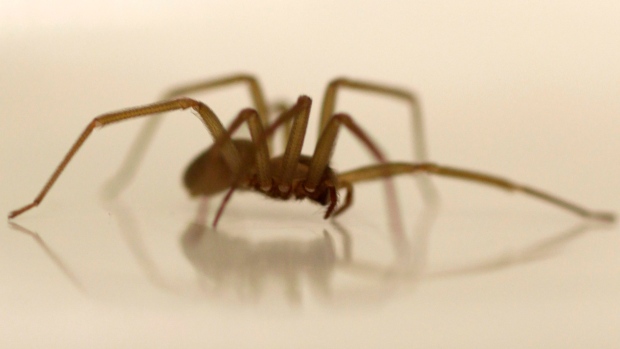 The brown recluse is a “surprisingly small” spider that can “pack a particularly potent bite,” says Ewing. Their venom is “necrotic,” meaning it causes a small amount of tissue near the bite mark to die, leaving behind a sore that is painful for weeks.

But Ewing says the spiders are “very shy and secretive” and bites are actually quite rare, because brown recluse spiders prefer to stay in dark undisturbed places. 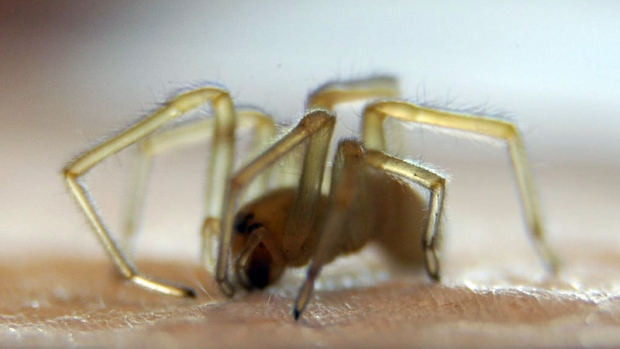 Yellow Sac spiders are native to California, Mexico, and parts of Central America and are often confused with the brown recluse spiders. Ewing says they often end up in Canada on shipments of grapes, because they can hide easily in the bunches.

A bite from a yellow sac is not very painful, but symptoms can linger for weeks.

“Their bite is a bit worse than a wasp sting. It causes swelling, pain, sometimes muscle pain that can take a few days or weeks to go away,” he said. 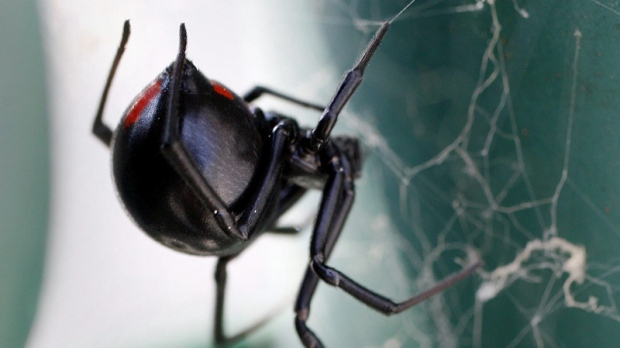 Black widow spiders have a distinctive shiny, black, round body, and two reddish triangles on their abdomen. They typically arrive in Canada on grape shipments, but some varieties are also native to southern parts of Canada.

Like most other spiders, black widows won’t bite unless threatened. Many who are bitten develop no symptoms since the spider may not inject its venom.

When they do release venom, it causes mild muscle pain that can last several days, but contrary to popular belief, is fatal in only rare circumstances. 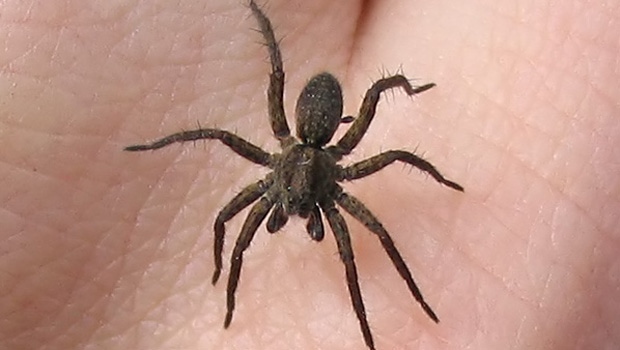 The wolf spider is a spider native to Canada and while it can sometimes look frightening, it is generally harmless. Ewing says there are many varieties of the spider and they are found all across Canada.

“They get their name because they don’t use webs to catch their prey. They simply run them down on the ground, much the way a wolf would attack prey,” he said.

Wolf spiders are not all dangerous or aggressive, Ewing says. They bite only when threatened and their venom causes only mild redness or swelling.