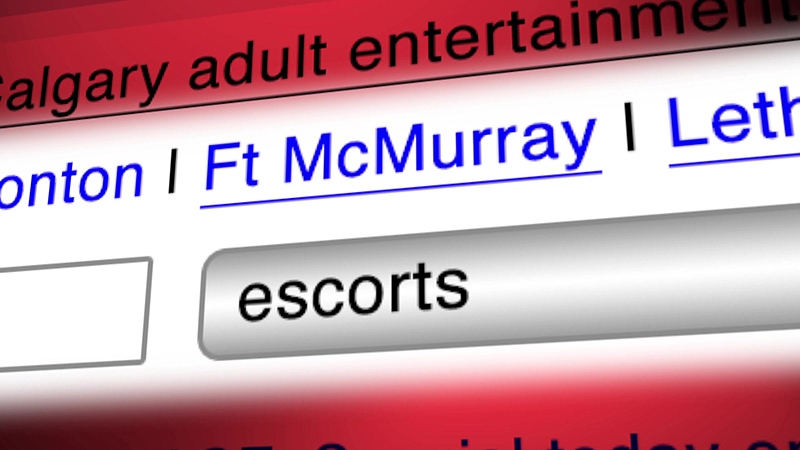 Some law enforcement officials say the advertising website Backpage.com should shut down its "adult" sections in Canada, following allegations in the U.S. that the company systematically edited adult ads to remove words that indicate sex trafficking.

But others argue the site is a useful tool that helps Canadian authorities track potential victims, search for missing women and monitor prostitution services.

Backpage, which hosts everything from child care to real estate ads, shuttered all adult sections in the U.S. on Monday, hours before a U.S. Senate committee released a report alleging the site has created a lucrative marketplace that makes child sex trafficking easier. The report cited internal documents showing that up to 80 per cent of the site's ads are edited to conceal the true nature of the underlying transaction.

The company has denied the report's allegations and accused the U.S. government of "unconstitutional" censorship. Four top executives told the Senate subcommittee they were invoking their Fifth Amendment rights against self-incrimination.

Several police forces in Canada said the site was one of many they monitor as part of their fight against human trafficking.

The head of the Toronto police's human-trafficking enforcement team said the benefits Backpage can provide law enforcement officers in their fight against crime are outweighed by the damage the site can cause.

"They are essentially enabling pimps to do their work," said Det.-Sgt. Nunzio Tramontozzi, who would like to see the adult pages shut down.

"Almost 98, 99 per cent of all the people that we deal with, all the pimps use Backpage.com to advertise for the girls that they're running," he alleged.

Backpage could not immediately be reached for comment on the police allegations.

Det. Paul Rubner, of the Calgary police's counter exploitation unit, said he had mixed feeling about the shutdown of the site's adult pages.

"On the one hand, Backpage, in all their sites -- and there is over 900 North America wide -- provided a very easily accessible vehicle for offenders or exploiters to locate potential victims, so from that perspective I see it as a positive," he said.

"On the other hand, we do as law enforcement regularly receive information from Backpage through their filtering process about the existence of potential victims, both of human trafficking and of youth sexual exploitation, that we might not otherwise be aware of."

Backpage has an internal filtering system identifying ads "of questionable nature" that might indicate a potential victim of human trafficking, or an underage person being advertised, Rubner explained.

Calgary police also use Backpage to identify women they are trying to contact to offer them an exit from the sex trade, he said.

Tramontozzi said sites like Backpage have made human trafficking in the Toronto region "explode."

"The traditional tracks here in Toronto where girls were on street corners are no longer there, they don't exist because pimps now just advertise these girls online," he said."They make more money doing it that way and the pimps are hidden, so it's a great tool for them to ply their trade without being caught."

In Ottawa, Sgt. Jeff LeBlanc, who is in charge of the force's human trafficking unit, said there's no doubt Backpage is the most widely used method of advertising sexual services in major cities, with police seeing a jump in the number of daily adult ads posted over the last two years.

But the website itself co-operates fully with law enforcement when issues arise, LeBlanc said, and can remove ads of concern when asked to do so by police.

"It is a useful tool," he said. "There have been others that come and go and do get some degree of popularity, but it seems that Backpage is still the most widely used for advertisement anyway at this point."

LeBlanc also noted that Craigslist, another advertising website, used to have adult classifieds and shut down that service, first in the U.S. and later in Canada years ago, but the advertisements simply shifted to Backpage.

"I think there will continue to be a demand for advertisement anyway. To shut down one website, and to have another one open up, I'm not sure how much that would necessarily help us or reduce the demand," he said.

To combat the situation, police have increased outreach efforts to groups that deal directly with victims to build relationships that allow victims to easily approach police.