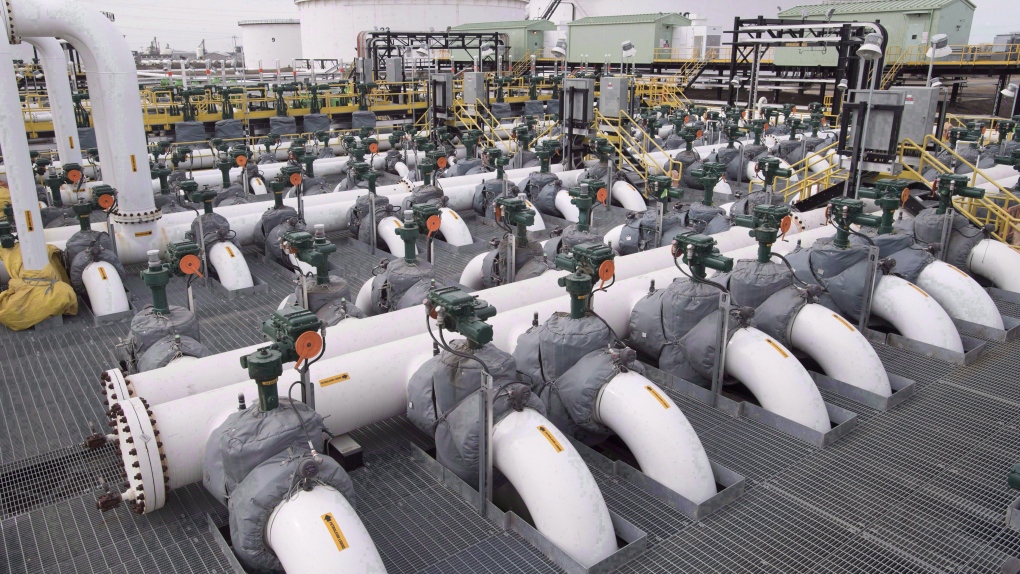 Pipes are seen at the Kinder Morgan Trans Mountain facility in Edmonton on Thursday, April 6, 2017. THE CANADIAN PRESS/Jonathan Hayward

CALGARY - Kinder Morgan Canada Ltd. is reporting second-quarter income from continuing operations of $21.6 million, a decrease of $1.9 million from the second quarter of 2018.

Earnings were boosted in the second quarter of 2018 by the gain on the sale of an Edmonton area pipeline segment, resulting in an apparent five per cent decline in the recent period.

Excluding that gain, however, the segment was actually up 15 per cent, driven by storage capacity additions at its Edmonton terminal joint venture, the company said.

Kinder Morgan says revenue rose in the three months ended June 30 to $104.9 million, up from $95.7 million in the same period of 2018, thanks to strong performance from its pipelines and terminals.

Kinder Morgan Canada announced in May it had decided to remain a stand-alone public company after a strategic review of options that could have included the sale of part or all of the corporation.

The company was spun off from its American parent, Kinder Morgan, Inc., in mid-2017 to raise money to build the Trans Mountain pipeline expansion but it sold the pipeline and its expansion project to the federal government for $4.5 billion last summer.