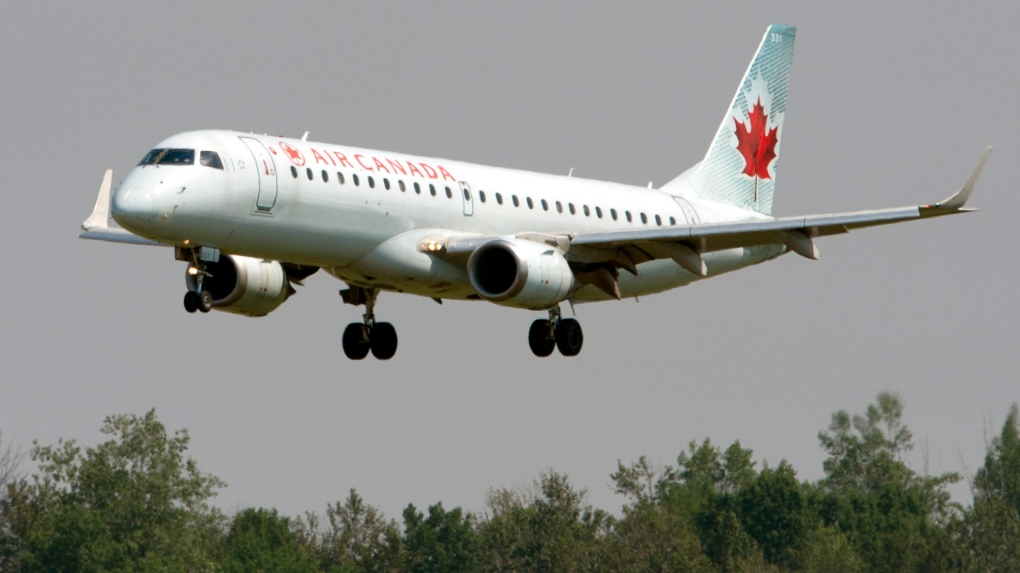 An Air Canada flight makes its final approach as it lands in Ottawa on July 3, 2019. THE CANADIAN PRESS/Adrian Wyld

The lawsuit, approved to proceed as a class action Monday, argues the country's largest airline "illegally overcharged its customers" by more than double the cost of fuel on some flights.

Michael Vathilakis, the petitioners' lawyer, said Air Canada misrepresented the stated purpose of the surcharge, which was to partially offset the fluctuating price of jet fuel.

"What Air Canada did was represented to passengers that they were collecting this amount in order to offset volatility, when in fact the allegations are that they were in many cases actually reaping a real profit on it," Vathilakis said in a phone interview.

"In multiple cases, they charged an amount that was equal to or higher than the entire cost of fuel for the flight."

The lawsuit cites one example in which Air Canada allegedly charged business and economy passengers 105 per cent of the total fuel cost on a flight to Paris in January 2014.

Each economy passenger on that flight allegedly paid $238 in fuel surcharges alone -- $163 more than they should have according to Air Canada's definition of the charge. The airline took in $73,878 in fuel supplements on the flight, rather than the $23,164 it should have charged, according to the lawsuit.

The suit states Air Canada's contract with consumers allows it to charge them up to one-third the cost of fuel.

The class action concerns customers in Quebec who bought international tickets to destinations outside the U.S., Mexico and the Caribbean between April 2012 and November 2014.

The plaintiffs, brothers George and David Itzkovitz, are requesting damages of $273 million for affected passengers.

Air Canada said Tuesday it disagrees with the allegations.

"We intend to vigorously defend our position through the courts," spokeswoman Angela Mah said in an email.

The lawsuit is not the first time frustration over fuel charges has bubbled to the surface. In 2017, Quebec Superior Court authorized a class action against Air Canada over fuel surcharges that allegedly topped actual fuel costs on international flights.