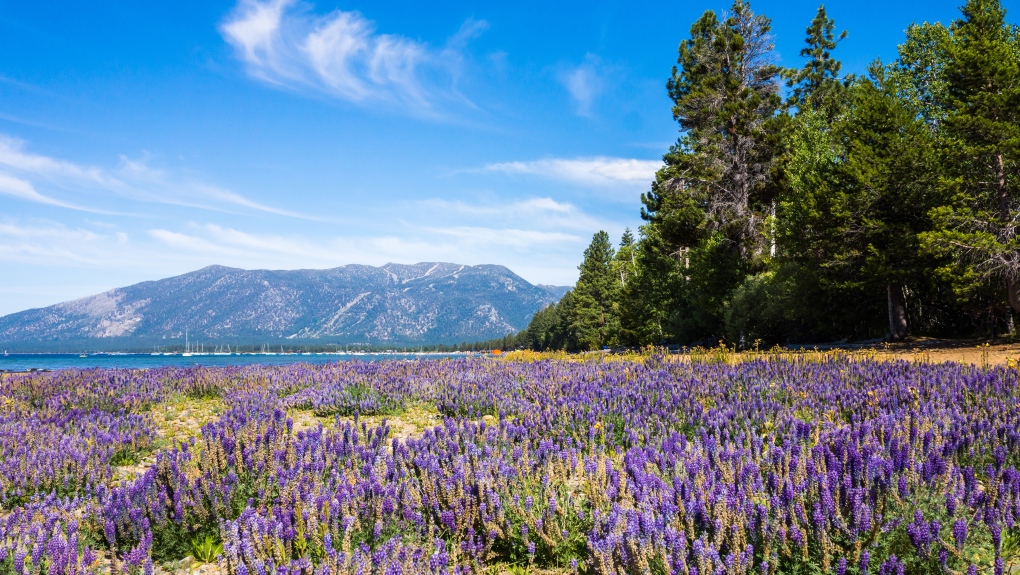 North Lake Tahoe has seen a surge of visitors to the small mountain town, leading the tourism destination to ask people to stay home and travel again when it's safe and viable.(Shutterstock)

While many hotels around the world are shuttering, a growing number are transitioning into medical facilities or making themselves available as temporary housing for nurses and doctors on the front lines of the coronavirus.

Still others are open for business as usual. Yet others come with a pricey twist.

While the majority of the world's population is biding time at home until the threat of the virus has passed, some wealthier people are seeking solace by buying out small hotels, renting homes in remote locales or fleeing to vacation homes with extended family members.

Travel in the time of coronavirus is apparently still quite possible, if inaccessible to most.

Loungueville House, set in the picturesque countryside less than a three-hour drive from Dublin, Ireland, will be occupied by a single party in May. Francis Lynch, his wife and their two young adult sons will have the nine-bedroom house to themselves.

Lynch and his family, who live in Dublin, almost always travel internationally for holiday, including to Italy, the United States and India. They've altered their plans this year, thanks to coronavirus.

"We want to stay in the country and feel safe by being secluded," he says.

"When you stay in a hotel with other people, it's hard not to have social interaction," says Lynch. "The best way to get close to total privacy and to control your environment is to have the whole place to yourself."

Siobhan Byrne Learat, the owner of the Dublin-based travel company Adams & Butler, says she has had numerous requests for hotels buyouts in Ireland from her Irish clientele since coronavirus intensified in the country during the second week of March. Several of these requests have led to confirmed bookings (Lynch rented Loungueville House through her).

"The interest in exclusive-use properties has suddenly shot up," she says. "But people don't want a full staff and daily housekeeping like they typically would if it weren't for the virus. They want to keep services to a minimum to avoid interaction with others."

In the United States, several hotels have started to offer takeovers in the wake of the virus.

Cape Arundel Inn, in Kennebunkport, Maine, is one example.

"This is a new offering we're implementing for the month of April. We have seen so many of the seasonal summer homes in the area become a respite for folks who live in highly populated urban areas since the virus hit," says the hotel's managing director, Justin Grimes.

"We wanted to help offer additional accommodation options for those trying to distance themselves from dense, multifamily urban settings."

The ocean view upscale hotel has 14 bedrooms, and the weekly rental rate of US$19,500 includes weekly housekeeping, bicycles, access to the clubhouse lounge that has a billiards table and all meals.

Grimes has created numerous protocols to keep his guests and staff safe during a buyout. For one, check-ins are now all virtual through email and phone, and welcome packets are being left for guests upon arrival.

When it comes to dining, meals can be prepped in advance and left for designated dining times as family-style. They'll be cleaned up after the guests are finished and have left the space.

Food can also be delivered to rooms in single-use packaging and will be left outside of guests' door for them to retrieve themselves.

Blantyre Country Resort, a Relais & Chateaux property in the Berkshires set on 110 acres and with 24 accommodations, has also made itself available for buyouts since coronavirus hit. Typically closed this time of year (the hotel usually opens in May for the season), Blantyre will make an exception for guests seeking to reserve the entire property for a single family or small group.

"Even though we are in the midst of our annual winter closure, we received several calls from many of our loyal guests asking if we would consider reopening for a buyout," says general manager Stephen Benson. "There is a desire more than ever to want to be transported away from it all with family and loved ones, and reserving our gilded-age mansion is a way to do this."

Such seclusion doesn't come cheap: The buyout price of US$38,000 a day includes meals, a daily wellness activity such as a meditation session and evening piano entertainment. 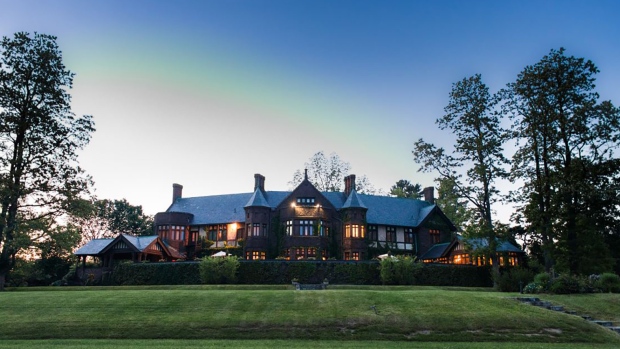 Meanwhile, Lyon Porter, owner of several properties including one in the Catskills in upstate New York, says he is following the government's cues and remaining temporarily closed until it is safe to reopen.

Porter says Urban Cowboy Catskills has been "wildly inundated with requests" from would-be travelers seeking accommodations. But at the moment, they are most concerned with safety and health of their staff — not a buyout.

Since a number of hotels remain open to guests, even in states that have issued strict stay at home orders, it's not quite clear who should be — or who is even allowed to — travel to these destinations. Aware of a number of hotels in upstate New York that continue to welcome guests, Porter calls it a "personal decision."

Williamson Estates in the Finger Lakes region of New York state, for example, is ready and waiting to be rented. Unlike other properties pivoting to single-party buyouts, the estate functions like a whole home rental. Available through VRBO, Williamson Estates $800 a night price tag is also a more modest accommodation.

Set on five acres of land, the property has five bedrooms and is not far from the Finger Lakes' burgeoning wine region. Although it is nearly fully booked for the summer months, it's empty now.

Manager of Williamson Estates, Carleen Frost, describes the estate as "a hidden gem on Lake Ontario."

Although 40 minutes from the Rochester airport, she believes many guests fly via private jet from New York City.

Home rentals in the United States in isolated settings have also increased in the past two weeks, according to data from Guesty, a property management software that numerous home rental platforms, including Booking.com and Airbnb, use to manage their short-term rentals.

Omer Rabin, Guesty's managing director for the Americas, said while overall reservations have dropped between 50% and 60% a week since mid-March, compared with the same period last year, bookings for properties in suburban and remote areas have been consistent.

"Most of the areas where people are reserving are near major cities," he says. These destinations include Hudson Valley and the Catskills, which are near New York; Sonoma and Napa, near San Francisco; and rural mountain spots within driving distance of Denver.

The length of these bookings is also notable: "Instead of staying a week, they're reserving for two or three weeks. We've even seen two months," says Rabin.

The surge in visitors to certain areas, many of which have limited resources, at this precarious time has caused significant tension.

In spite of California's "shelter-in-place" directive, some of the state's residents left their homes and decamped to the Lake Tahoe region.

Liz Bowling, director of communications and public relations with Lake Tahoe North, said the number of visitors to the region in spite of government and health officials' pleading people to stay home, has been disconcerting.

Bowling explains: "As a destination, we can say 'don't travel here,' but the problem really lies with the short term rentals that are still promoted with language and pricing that encourages visitation."

The destination may not be able to say it, but the county's health officer can. As of March 24, North Lake Tahoe announced short-term rentals for commercial use are no longer allowed.

The same thing is happening in Palm Springs, California.

With pricey hotel or estate buyouts out of reach for most of the world's population, and the potential for more short-term rental restrictions around the world, that leaves vacation homes or second homes as travel options in the time of coronavirus.

In South Carolina's Kiawah Island, where homes start at half a million dollars and go all the way up to $20 million, second home owners from the New York metropolitan area, Atlanta and Charlotte are capitalizing on their good fortune. They're retreating to Kiawah Island, where golf has never been so popular, according to Patrick Melton.

Patrick Melton is the founder of South Street Partners, which owns and manages The Kiawah Island Club & Real Estate and The Cliffs, outside of Asheville, North Carolina, where homes start at $400,000 and go up to $4 million.

The Kiawah Island Club's regular amenities such as the fitness center, spa and restaurants have closed in response to coronavirus, but the golf course — and to-go food and beverage operations — remain functional.

And while Melton notes the governor's restriction of gatherings of more than 10 people in South Carolina, he admits this isn't something they are monitoring or policing.

No additional screenings or precautions beyond the closure of the club and basically all of the indoor operations, have been put in place, in spite of increased travel to the area.

"[It's] not the worst place to have to hunker down," says Melton.