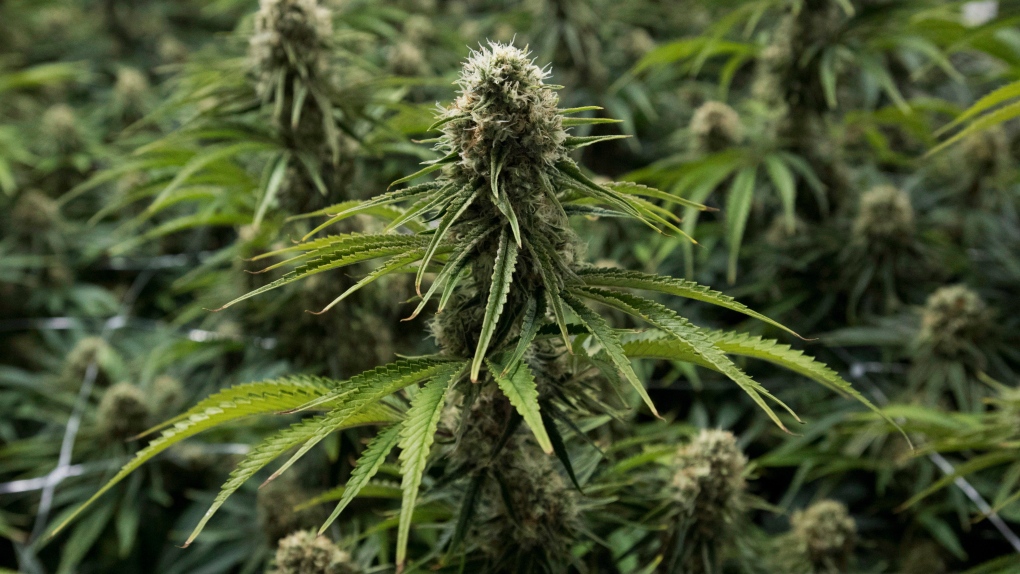 A flowering cannabis plant is seen at Blissco Cannabis Corp. in Langley, B.C., on October 9, 2018. THE CANADIAN PRESS Jonathan Hayward

VICTORIA -- One of Canada's oldest fall fairs is putting a new twist on its annual showcase of local livestock, produce and fruit by adding a new category for best home-grown marijuana.

The Cowichan Exhibition in Duncan, B.C., which dates back to 1868, has created a best cannabis category to embrace legalization and celebrate local pot growers, said exhibition vice-president Bud James.

The fair starts Friday and the cannabis entries will be on display in the main hall at the Cowichan Exhibition Grounds along with the region's top vegetables, fruits and baked goods. First prize is $5, second is $3 and third place gets a ribbon.

"We just decided this year, because it's an agricultural product, and it's been grown in the valley for years, and now that it's finally legally grown, we would allow people to win a ribbon for the best," said James.

He said fair officials believe the Cowichan cannabis category is the first of its kind in Canada.

An official at the Canadian Association of Fairs and Exhibitions, a non-profit organization representing rural and urban fairs, said she had not heard of any other cannabis judging contests prior to the Cowichan Exhibition, but couldn't confirm it was the first.

A fall fair in Grand Forks, B.C., is also judging local cannabis, but the event starts Saturday, one day after Cowichan's fair. Those who enter the competition in Grand Forks can compete for best indoor- and outdoor-grown cannabis.

James said fair organizers contacted the local council and RCMP prior to adding the cannabis category. The mayor and council did not oppose the contest and the RCMP referred organizers to B.C.'s Liquor and Cannabis Regulation Branch, the agency monitoring retail sales of non-medical cannabis, he said.

Organizers decided to go ahead with the event after its plans were not rejected, James said.

"Our interpretation of the rules are you can't make it attractive to people under 19 years and we are not making it attractive," he said.

"It's being judged to the same standard of judging garden and field produce," he said. "It's done by uniformity. You want all three buds to be the same size, same shape, same colour. It's also the dryness, texture and smell. It's exactly the same way you would judge apples or carrots or hay bales. It's all done the same way."

Bree Tweet, the manager of a medical cannabis dispensary in nearby Ladysmith, will judge the marijuana entries, said James.

The exhibition received 18 cannabis entries and James said the contest created a buzz at the fair.

"The enthusiasm of the entrants, the people bringing their entry forms, they are so enthusiastic it's unbelievable," he said. "They are so thrilled that it's happening, that we're doing it because they've been waiting for years for legalization and now, they finally got it and now they have a chance to show what they can do."

James, who has entered his prized Dahlia flowers at past fairs, said the addition of the cannabis category has exceeded expectations with the 18 entries.