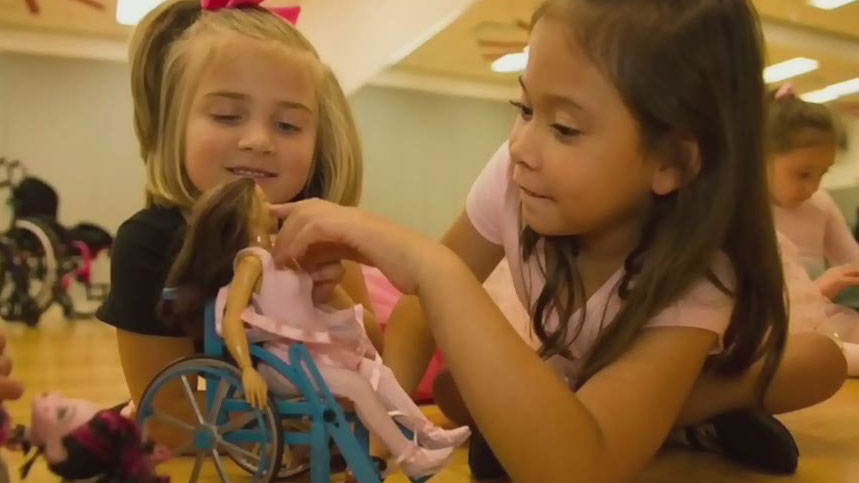 Children play with a Lammily wheelchair designed for Barbie-sized dolls.

The American toymaker behind Lammily, a line of Barbie-like dolls with more realistic body proportions, has set his sights set on an ambitious new project: a wheelchair for dolls.

Designer Nickolay Lamm is hoping to raise enough money through crowdfunding to produce wheelchairs for “fashion dolls” like Barbie and Lammily that stand about 11-inches high.

Lamm says he got the idea earlier this year when he found out that Mattel had reportedly stopped making their own wheelchairs for dolls.

“They have huge mansions, cars, tables, chairs -- but they don’t have a wheelchair,” Lamm told CTV News Channel. “So I’m like, let’s make this happen.”

He started with a prototype. The small plastic wheelchair had several moving parts and a leg rest for dolls to stretch out. But when Lamm took the prototype to a group of kids for testing, they immediately spotted what was missing.

“They were just playing with it and having a good time, but they did give me some advice. They said that wheelchair should have a seatbelt,” he said, adding that he took the advice.

With the design complete, Lamm is hoping to make it a reality. He’s started an online campaign in hopes of raising $27,500, which would cover the costs of manufacturing for the first round of 5,000 wheelchairs.

But Christmas shoppers excited by the idea will have to wait. Lamm says that, assuming the crowdfunding goal is met, the dolls will likely be available for shipping by June 2017.