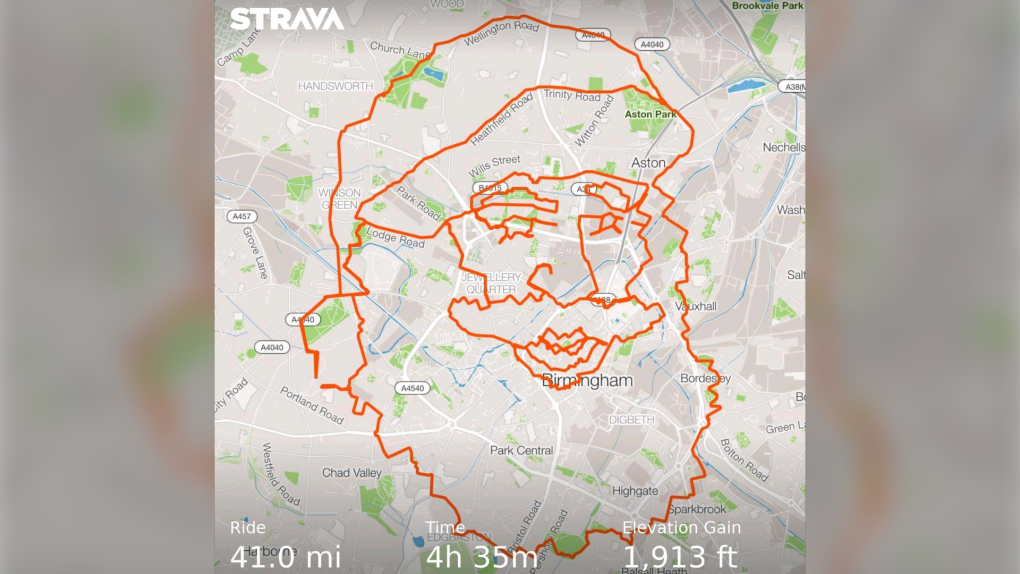 A U.K. cyclist is using the GPS-tracking feature of athletics app Strava to draw out Christmas-themed images for the holidays over the streets of London. (Strava)

Like spotting shapes in the clouds, the U.K. cyclist has seen a Yorkshire terrier in Leeds, a man giving a thumbs-up near Sheffield, and a flock of birds in Bristol.

During the holiday season, he’s seen Frosty the snowman over the River Thames and Santa Claus in Birmingham. Earlier this month, he saw Rudolph covering 127 kilometres of road outside London.

But Hoyte, who works as a heritage consultant, doesn’t leave it there. Like others in a growing community of “Strava artists,” he turns his visions into artwork.

Using his road bike and GPS tracking app Strava as a paintbrush, he follows a mapped-out route of roads and trails. The social media app, used widely in the cycling and running community to track exercise routes, follows his location, recording a red trail on a digital map wherever he goes.

When his ride is over, he uploads the route map art to the app. So far, Hoyte has amassed more than 3,400 followers on Strava.

Though rides recorded on the app don’t need to be mapped out in advance, Hoyte always goes into his art with an exact route in mine, like an early sketch of a finished work. But it doesn’t always go to plan.

“Inevitably, it always happens, you’re going around and you suddenly find you can’t get somewhere,” he said.

During his recent reindeer-shaped route -- his third annual Christmas-themed ride -- he was meant to go through a park to form a point on an antler, but it was all fenced off. He was forced to find a different pattern of roads around the park to reshape the antler. Most of the time, he can alter the plan on the fly like this, a change in his original vision that only he can notice, he said. Sometimes the app will lose his signal and form a straight line through entire blocks of a neighbourhood, again something he thinks only he can notice.

Hoyte, who lives in Cheltenham two hours west of London, was originally inspired by a Canadian cyclist. Victoria, B.C., cyclist Stephen Lund gained popularity on the app in 2015 for drawings he called “GPS doodles.” He drew a giraffe, a portrait of Queen Elizabeth II and even Michelangelo’s David.

“He’s been doing Strava art for quite a long time. I’ve been following him. I thought ‘I could give that a go,’” said Hoyte on the phone with CTVNews.ca.

So he did give it a go. His first piece of Strava art he now considers “pretty basic.”

“It was a dog that had stick legs and missing feet,” he recalled. “Now I probably would want to try and get them looking right, like everything’s there.”

His “drawings,” which have spanned up to 142 kilometres and over 10 hours of cycling, are now much more intricate. In Cardiff, he cycled through an image of a man, including wiry hair, sideburns and facial hair. 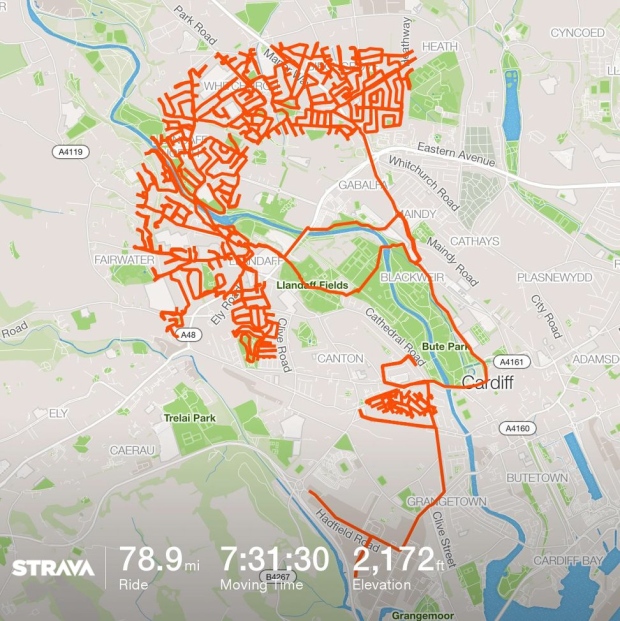 His snowman drawing featured a top hat with a curved brim. 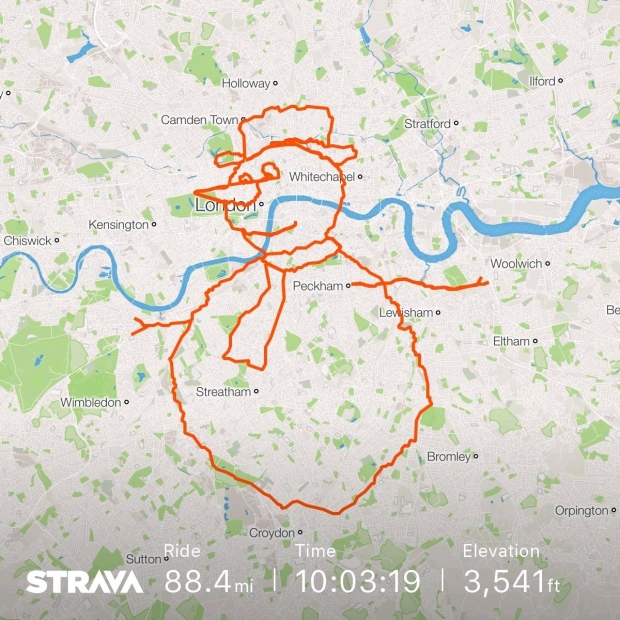 His image of Santa Claus in Birmingham, sketched out the wrinkles around his eyelids. 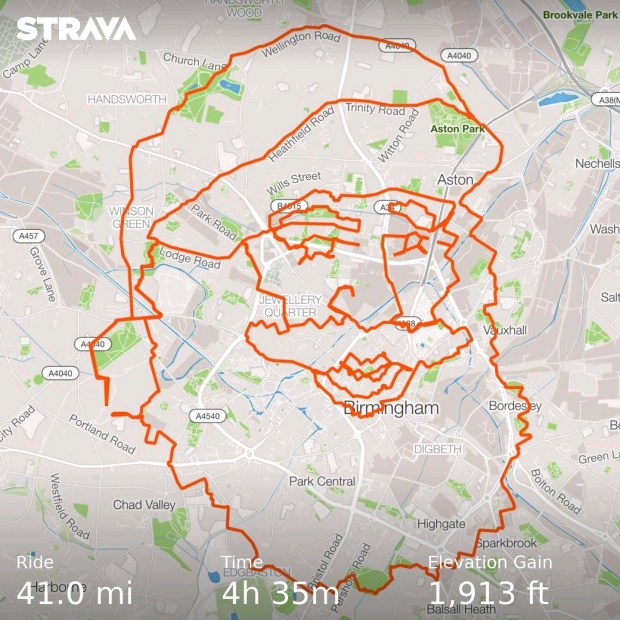 He road down small streets near Ealing outside London just to define the pupils of Rudolph’s eyes and the nostrils of his red nose. 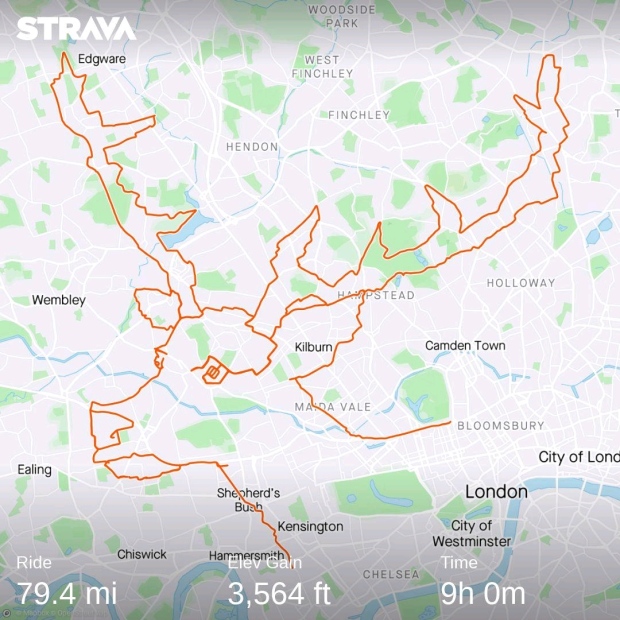 Next up, Hoyte has plans to cycle through a drawing in Manchester, but he’s keeping his idea under wraps -- just in case one too many closed parks get in the way of his artistic vision.