Rare tiger gets acquainted with new home at London Zoo 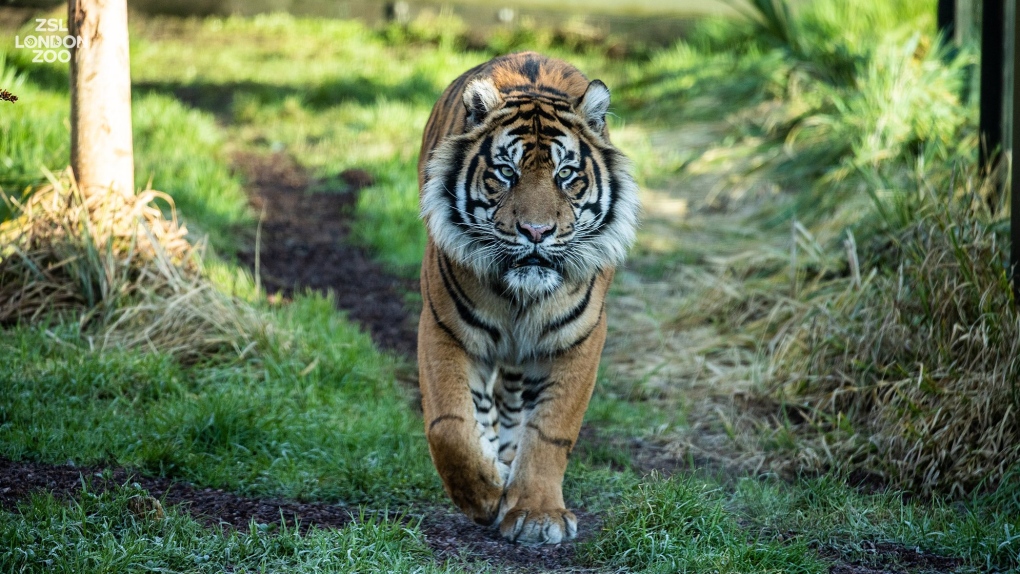 Asim, a Sumatran tiger from Ree Park Safari in Denmark, was moved to the London zoo Tuesday as a new mate for its resident female. (London Zoo/ Twitter)

LONDON -- A rare Sumatran tiger is getting acquainted with his new home after arriving at the London Zoo this week.

Asim, from Ree Park Safari in Denmark, was moved to the zoo Tuesday as a new mate for its resident female, 10-year-old Melati.

The zoo's head tiger keeper, Kathryn Sanders, says "Asim is a handsome, confident cat who is known for being very affectionate with the ladies in his life. We're hoping he'll be the perfect mate for our beautiful Melati."

The keepers say hopefully they will "eventually hear the pitter patter of tiny tiger paws."

Asim, a 7-year-old, was matched with Melati through the European Endangered Species Program for Sumatran tigers, which is co-ordinated by ZSL London Zoo experts in hopes of saving the species from extinction.