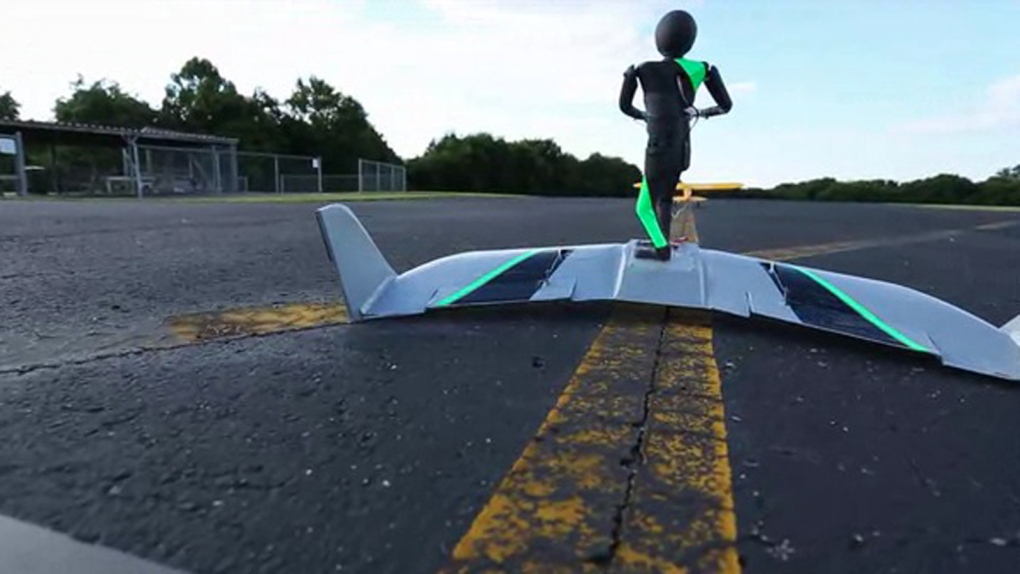 In this screenshot, a model of a WingBoard is pictured. (Photo from Kickstarter)

Yes, the flying connotation in the name is correct, although you can think of it as wakeboarding in the sky on an aerodynamic disk that resembles the tail of a plane. Alabama-based aviator Aaron Wypyszynski is developing the technology for adrenaline junkies to be towed behind an aircraft while standing on a WingBoard.

"There's been no way to truly fly behind an aircraft," says Wypyszynski, who says in his promotional video that the cartoon "TaleSpin" inspired him to design the WingBoard. "I always thought ‘why can't we do that? We must be able to with our technology.'"

If flying through the sky sounds like it could be for you, Wypyszynski says the full-scale prototype should be ready for fall 2015 and he's launched a Kickstarter campaign to fund the project.

Wypyszynski says he began flying full-scale aircraft when he was 13 and has bachelor's and master's degrees from Purdue University.