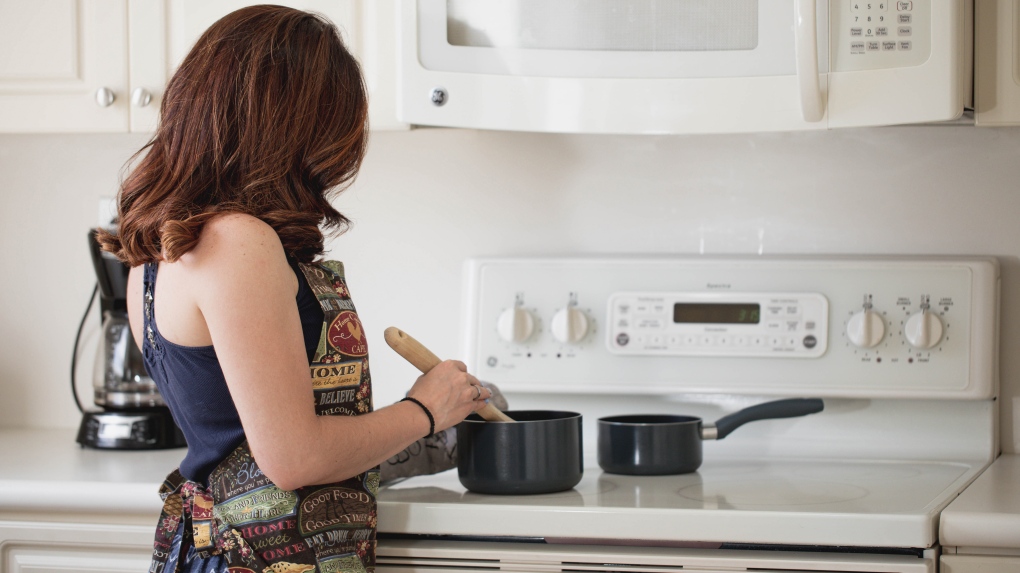 TORONTO -- Despite some signs that progress is being made to address gender inequality -- albeit slowly -- more young men say they’re embracing equality for everyone. But there’s a catch.

A quarter of high school seniors said their ideal family arrangement was a man working full time, while the woman stayed at home, according to a study published in the journal Sociological Science.

Echoing sentiments in that research was a new survey from the U.S. polling firm Gallup which found opposite-sex couples between the ages of 18 to 34 weren’t any more likely than older couples to evenly divide their household chores.

Both studies were based on surveys repeatedly conducted over the past several decades. And these findings surprised researchers who thought societal progress would’ve had a greater role in doing away with traditional gender roles.

Brittany Dernberger, a sociology doctoral candidate at the University of Maryland who worked on the first study with The University of Texas at Austin sociologist Dr. Joanna Pepin, found recently-surveyed males were more open to a variety of work and home scenarios, but still preferred an arrangement where the husband is the primary earner, while the wife would be primarily the homemaker.

“Prior research and I think our popular narrative says that young people are more progressive, more feminist, more open,” she told CTVNews.ca in a phone interview.

“But what really surprised us was what they most desire -- still -- is the husband being the primary earner and the wife being the one at home with the children,” Dernberger said, adding that the findings suggested traditional views may be more ingrained.

But when it came to ideas about gender roles, Dernberger said “men and women’s views were very similar” today.

One of the potential reasons for such a disparity between males’ views in the workplace and views at home may have to do with economic insecurity.

During the recent age of more precarious work, higher student debt and rising housing costs, Dernberger said more young families are open to gender equality in the workplace because it is a means to make financial ends meet.

But those views haven’t progressed as much when it comes to division of labour at home.

Previous research suggested that men may hold more progressive views on gender roles and that barriers such as inflexible work schedules and lack of paid parental leave policies simply got in the way of those beliefs being practiced.

But Dernberger said that while these ideas are crucial, so is getting rid of the idea that chores such as vacuuming are feminine.

“The next step to really move gender equity forward is getting men on board in terms of equally sharing in those responsibilities,” she said.

Dernberger’s study also described how precariousness in the economy has led to the normalization of intensive parenting – when one or both parents spend as much time with their children as possible.

“If we know economic inequality (in general) is increasing and parents care about their children’s future, they feel this intense pressure to … help them achieve that middle class lifestyle,” Dernberger said.

So it makes sense to modern couples to have one parent stay at home. But although research suggested men are spending more time with their children, this hasn’t greatly increased their time spent doing housework.

The Gallup survey found that since 1996, distribution of household tasks has become more equitable but there’s still a gap in laundry, cooking and cleaning. Although, men are more likely to take the lead in yardwork and keeping the car in order.

RACE PLAYED A FACTOR AS WELL

Dernberger points out that the surveys conducted over the past 40 years showed that the changes in gender roles were more prominent when the findings were broken down by race -- particularly among white youth.

In 1976, a majority of white males said they desired to have traditional roles at home, which greatly contrasts to 2014, when only one in six of them felt the same way.

“But going back to the 1970s, black youth were open to an array of divisions of labour arrangements and over time white youth have become more like black youth in that regard,” Dernberger explained.

She said that’s because systemic discrimination made it more difficult for racialized people to find steady employment, and the adoption of varying roles at home was more accepted overall than in white families.

An earlier version conflated Dernberger's study with that of another research paper.