McDonald's auctioning off 'Golden Shamrock Shake' cup worth US$90,000 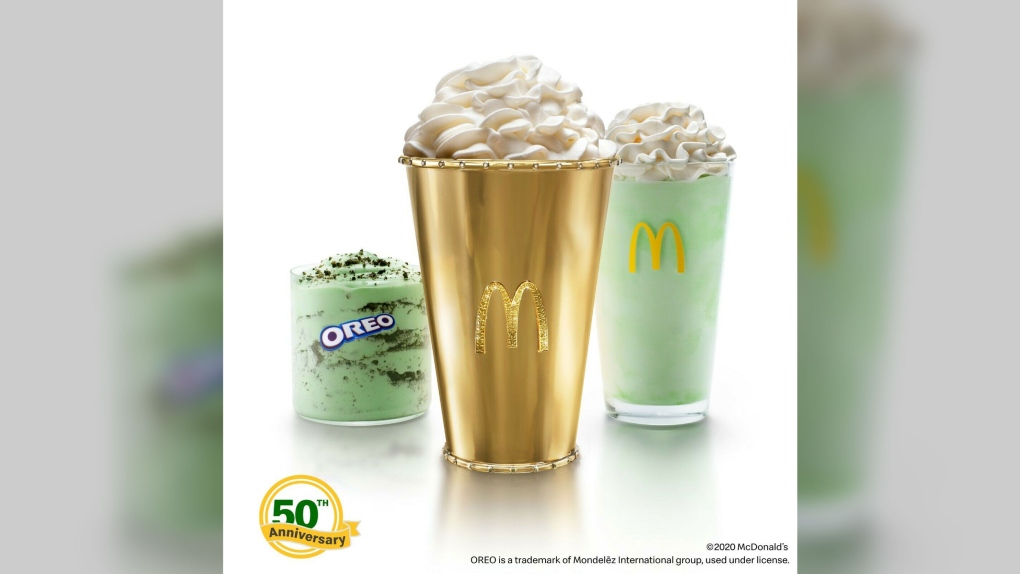 If you're not trying to get pinched this St. Patrick's Day, one of McDonald's limited-time green Shamrock Shakes might come in handy. And now, you can even get an 18-karat gold cup to go with it.

Well, one person can.

McDonald's is auctioning off a high-polish 18-karat gold cup that's adorned with real diamonds and emeralds to honour the 50th anniversary of the drink. The Golden Shamrock Shake is "designed to perfectly hold Shamrock Shake deliciousness," according to McDonald's.

The eBay auction started Tuesday and will end March 6. By Tuesday night, bids on the cup reached US$25,000. That might be a steal -- the company says it was appraised at $90,000.

All of the money the auction raises will benefit the Ronald McDonald House Charities. Since 1974, the non-profit organization has offered resources and care to families of children in hospitals all over the world.

"There are 50 green emeralds and white diamonds -- representing 50 years of Shamrock Shake flavor and delicious whipped topping. There are 50 yellow diamonds in each of the Golden Arches for 50 years of being a fan fave at McDonald's," McDonald's said on the auction page.

"Bid now for both the Golden Shamrock Shake and a handful of delicious Shamrock desserts for the chance to elevate your Shamrock Shake experience, while helping keep families near the care and resources they need to thrive when they have an ill or injured child."

Anyone who wants to get their hands on the golden cup can also get a chance to win by ordering an Oreo Shamrock McFlurry or Shamrock Shake through the McDonald's app.

Both drinks are being sold for a limited time.

McDonald's made the shake available for purchase throughout the United States starting last week. It's been three years since the shake was last sold nationally.