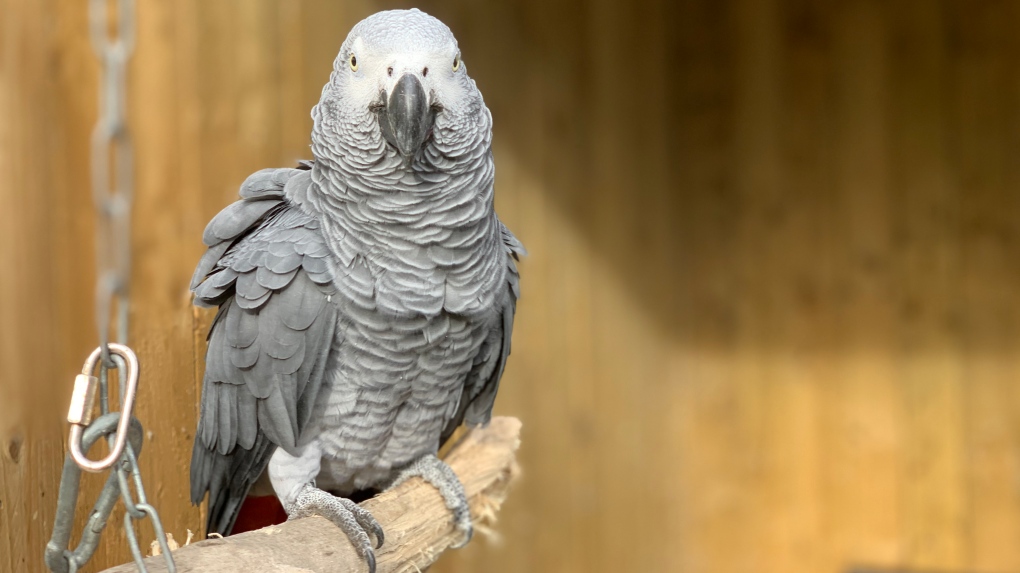 Elsie, one of the potty-mouthed parrots. (Lincolnshire Wildlife Park)

Five parrots have been removed from public view at a British wildlife park after they started swearing at customers.

The foul-mouthed birds were split up after they launched a number of different expletives at visitors and staff just days after being donated to Lincolnshire Wildlife Park in eastern England.

"It just went ballistic, they were all swearing," the venue's chief executive Steve Nichols told CNN Travel on Tuesday. "We were a little concerned about the children."

"I get called a fat t**t every time I walk past," Nichols complained.

The African grey parrots -- named Eric, Jade, Elsie, Tyson and Billy -- were given to the park from five different owners within the same week, and shared a quarantining facility together before being placed on display.

But staff immediately noticed that the birds shared a propensity to fly off the handle.

"They literally, within a very short period of time, starting swearing at each other," Nichols said. "'F**k off' is the most common one," he explained -- "it's a very easy one for them to learn" -- but the birds would utter "anything you can think of."

Most customers enjoyed the talent once the parrots were displayed. "The visitors were giving them as much back as what they were giving to them," Nichols said.

But concern for younger customers forced staff to split up the birds and temporarily remove them from the park's public areas. Staff now hope the birds' language will become more family-friendly now that they have been separated.

"To take in a swearing parrot isn't an unusual thing, it's something that happens probably three or four times a year," Nichols said.

But the pandemic has led to a surge in donations, as owners spend more time with their birds and decide to give them to parks that can provide them with a larger living space, he explained.

"We would normally take in one or two parrots in a fortnight. Today we took in eight," he said.

African greys are among the most popular species of parrot. Around 1.1 million indoor birds were kept as pets in the U.K. in 2019, according to the Pet Food Manufacturers' Association.