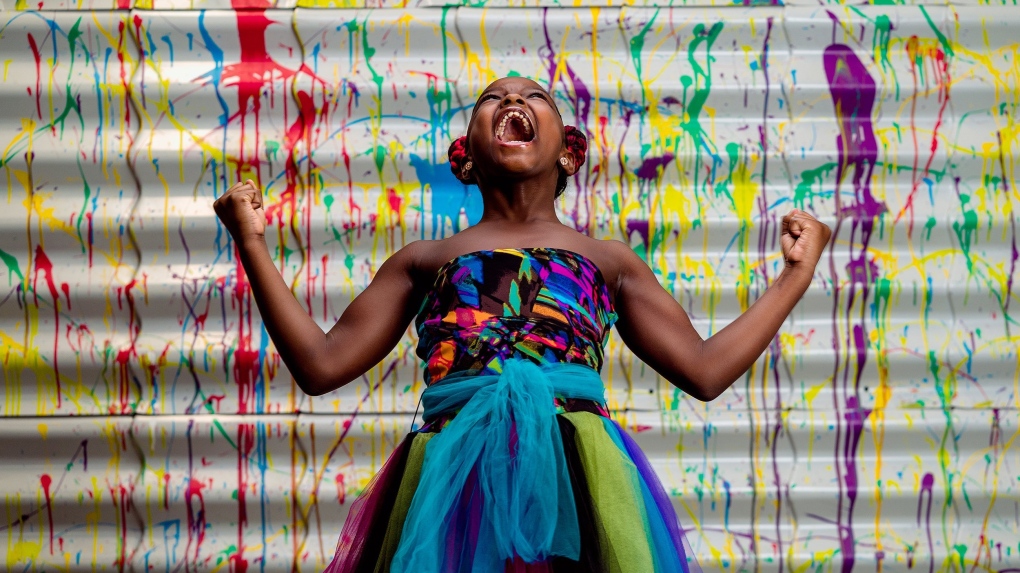 Marian Scott's story made headlines when she was blocked from getting her school picture taken because of her hairstyle in October. (Jermaine Horton/CNN)

The 8-year-old Michigan girl who was not allowed to get her school picture taken because of her red hair extensions got a second chance at a special photoshoot.

And this time, it was all on her terms.

When Chicago photographer Jermaine Horton was tagged in a Facebook post featuring young Marian Scott's story, he wasted no time getting in touch with her parents to arrange a shoot tailor-made for her.

"This is an 8-year-old girl who was singled out by her school," Horton said to CNN. "I'm a father and I'm tired of seeing injustices like this happen. I wanted to go out there and help build this girl's confidence."

Earlier this month, Horton drove 4.5 hours to Michigan just to make it happen. His one request? Marian should wear her red, braided extensions for the shoot.

And Marian did just that.

The resulting photos show Marian in her extensions and a very colorful wardrobe provided by Pamela Blackman, CEO of Joy Management, and Mieka Joi, CEO of clothing brand Rich Girl Candy, for free.

"It was fun," said Marian to CNN affiliate WILX. "You got to pose and to be yourself."

Marian's story made headlines when she was blocked from getting her school picture taken because of her hairstyle in October.

"She called us in tears," Marian's father, Doug Scott, told CNN. "She wore the extensions to school before and they never told us anything, so it was surprising to us that this was the first time we were hearing it was a violation of the school's dress code."

Paragon Charter Academy's handbook says students' hair color must be "of natural tones" to get their picture taken, the station reported.

The school did not immediately respond to CNN's request for comment.

As a result of the incident, Marian's parents pulled her out of Paragon Charter School three weeks ago.

"The school didn't apologize or have any intention of changing their policy," Scott told CNN. "They made my daughter feel inadequate and every child should feel adequate at school."

In light of everything that has happened, Scott says a negative situation turned into a positive one.

"It's made me see that there are people out there who care, like Jermaine. My daughter was very disappointed before but she's much happier now."