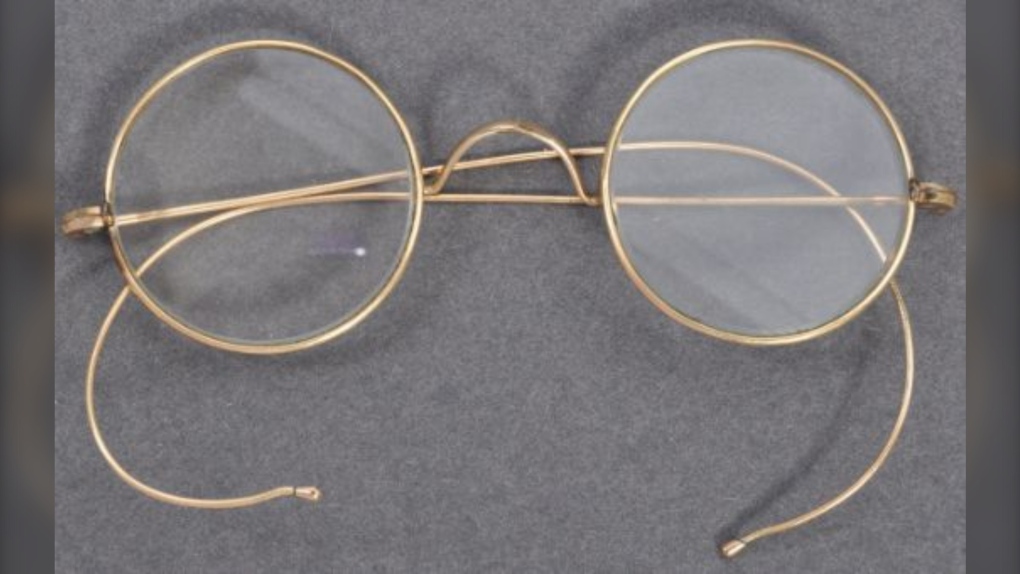 TORONTO -- A pair of glasses belonging to Mahatma Gandhi are expected to fetch thousands of dollars at auction after the owner mailed the spectacles in an envelope to auctioneers.

Staff at East Bristol Auctions found the glasses in the company's mailbox on Monday. Auctioneer Andrew Stowe told the BBC that the eyewear is expected to fetch more than $26,000 (£15,000) at auction.

Stowe said the glasses are "probably the most important find" in the company's history.

"Someone popped them into our letterbox on a Friday night and they stayed there until Monday -- literally hanging out," Stowe said.

"They could quite easily have been stolen or fallen out or just ended up in the bin," he added.

Stowe explained that one of his staff passed the glasses along to him with a note stating they were Gandhi's glasses. The note also included the owner's phone number.

"I thought 'That's an interesting one' and carried on with my day," he said.

Stowe did not initially believe that the spectacles belonged to the prominent civil rights leader however after doing some research, he almost "fell off his chair" to discover the gold-plated, circular rimmed glasses were Gandhi's.

When Stowe phoned the owner to tell him of the glasses' value, he said the owner "nearly had a heart attack."

According to the owner, the glasses had been handed down from generation to generation in his family. The family had come to possess the eyewear after a relative met Gandhi in South Africa in the 1920s.

"We looked into the dates and it all matches up, even the date Gandhi started wearing glasses," Stowe said. "They are probably one of the first pairs of glasses he wore as they are quite a weak prescription."

Gandhi, who was named ‘Man of the Year’ by Time magazine in 1930, was a lawyer and activist whose non-violent campaign successfully freed India from British rule.

According to its catalog listing, the glasses were an important and somewhat iconic part of Gandhi's overall appearance, calling them a "rare" pair of spectacles.

"It was known that he would often give away his old or unwanted pairs to those in need or those who had helped him," the listing read.

The glasses will go under the hammer in East Bristol Auctions’ online-only sale on Aug. 21.