Farewell to the RompHim, a romper for men that just never caught on 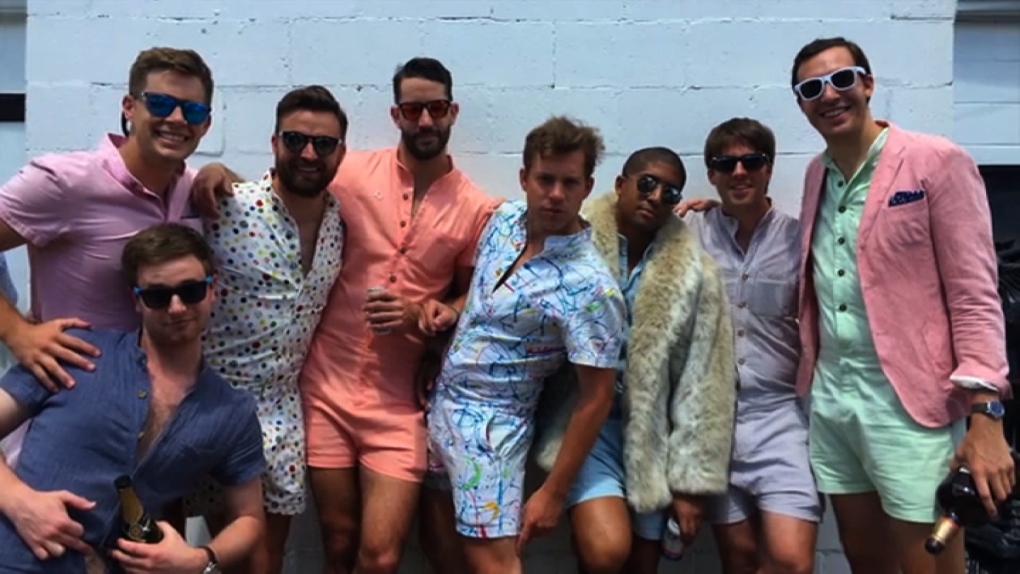 The brand that made rompers for "him" shuttered this week after nearly three years in business. (ACED Design/CNN)

RompHim, the brand that made rompers "for him," is set to shutter after nearly three years in business.

This week, the company announced that it will stop manufacturing the loose cotton playsuits that were once so popular -- if only for a few weeks in 2017 -- and sell off its remaining inventory at a 75% discount.

The RompHim frenzy kicked off three springs ago, after its founders launched a KickStarter campaign for their business. The brand wasn't the first to market rompers to men, but it attracted the interest of fully-grown fraternity brothers, among others.

But the fad died down along with the novelty factor. Major online retailers also started selling their own takes on the male romper, often at cheaper prices (according to the RompHim website, the Oxford Romper originally cost US$119).

Historically, rompers weren't made with men or women in mind, specifically -- they were for for everyone.

To this day, firefighters zip into flame-retardant jumpers to save lives. Military pilots wear flight suits to protect them from the elements in the air. Babies are buttoned into them before they can dress themselves.

"Onesie" suits were also a wartime essential. In World War II, when the threat of Nazi air raids loomed over the U.K., the British government mass-marketed "siren suits," long and warm one-pieces that people could easily jump into when the sirens sounded, Refinery29 reported in 2015.

U.K. Prime Minister Winston Churchill often wore them, too, though his were velvet and jewel-toned.

The emphasis on "him," may have narrowed RompHim's market, however. It may also have made it tough to sell to nonbinary customers, and appeared to coopt a queer trend (according to Out Magazine, the LGBTQ community had embraced one-pieces long before RompHim).

As time went on, RompHim appeared to include women and gay men in its marketing. The brand also regularly shared images on social media of famous men -- like Cam Newton and Sean Connery as James Bond -- who had rocked rompers in the past.

NFL players, activists and mascots briefly endorsed the trend. But this week's announcement suggests that it wasn't enough.

In its heyday, RompHim aspired to "break down stereotypes and have fun doing it," according to its brand story. At least it was fun while it lasted.