Duchess of Sussex named the most influential fashion star of 2019 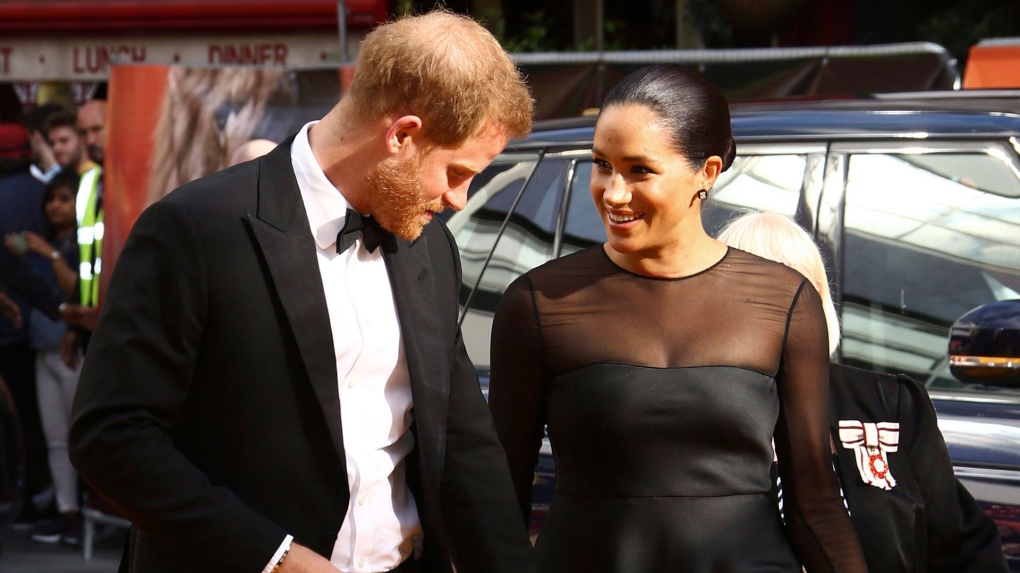 The Duchess of Sussex has been named the most influential dresser of 2019, according to fashion search engine Lyst.

The shopping site collected search data from 104 million online shoppers and its report broke down the rankings based on “whose personal style choices drove the biggest spikes in searches, sales, news coverage and social media mentions over the last 12 months.”

Lyst found that, on average, Meghan’s choices led to a 216 per cent increase in searches for those dresses or similar outfits.

Some of Markle’s most iconic dresses include her white Givenchy gown during her wedding, her J. Crew denim shirt dress she wore at the 2019 U.S. Open and the navy Givenchy dress she donned for Queen Elizabeth’s 93rd birthday celebrations. 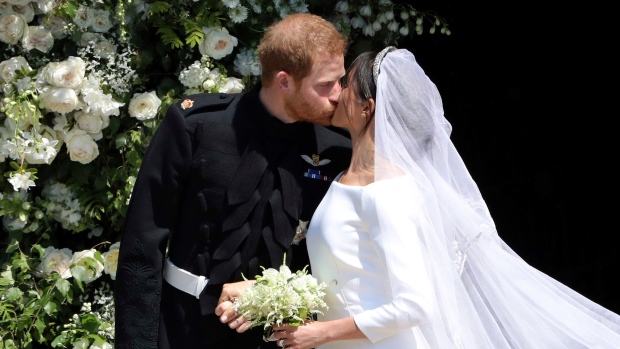 Britain's Prince Harry and Meghan Markle kiss as they leave after their wedding at St. George's Chapel in Windsor Castle in Windsor, near London, England, Saturday, May 19, 2018. (Andrew Matthews/pool photo via AP) 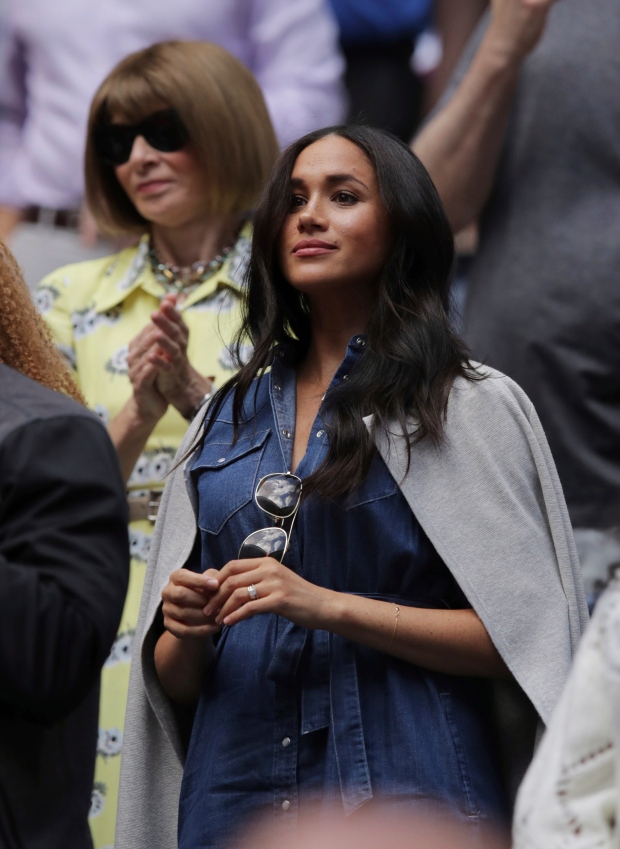 Meghan, Duchess of Sussex, right, and Anna Wintour wait for the start of the women's singles final of the U.S. Open tennis championships between Serena Williams, of the United States, and Bianca Andreescu, of Canada, Saturday, Sept. 7, 2019, in New York. (AP Photo/Charles Krupa)

Other notable outfits including the white double-breasted sleeveless Grace Wales Bonner midi dress she wore to introduce her son Archie Harrison to the world; and the Jason Wu Collection black mesh panel dress she wore at the U.K. Lion King premiere. 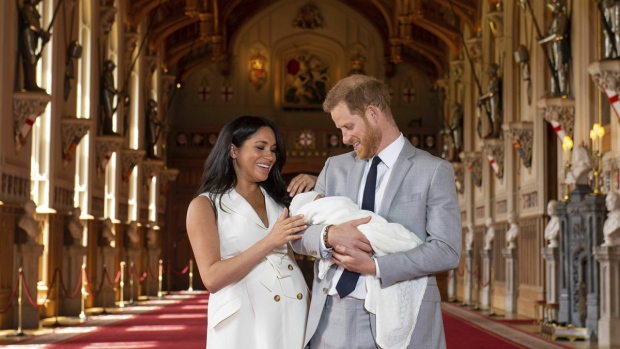 Prince Harry and Meghan, Duchess of Sussex, during a photocall with their newborn son, in St George's Hall at Windsor Castle, Windsor, on May 8, 2019. (Dominic Lipinski/Pool via AP) 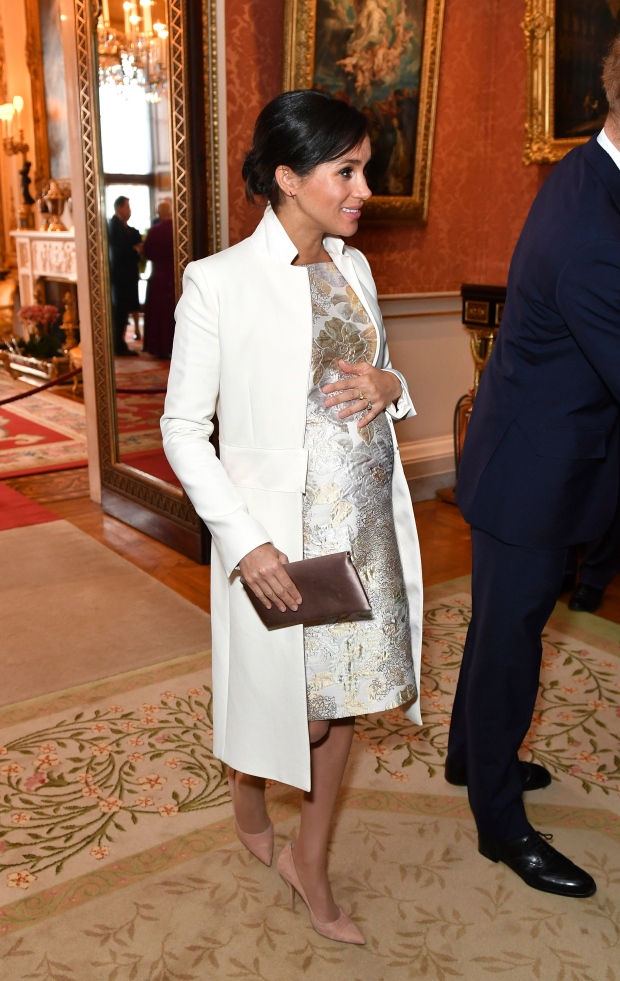 Meghan, Duchess of Sussex attends a reception at Buckingham Palace, London, Tuesday March 5, 2019, to mark the fiftieth anniversary of the investiture of the Prince of Wales. (Dominic Lipinski/Pool via AP)

It’s also not uncommon to see the Duchess of Sussex rocking a bun, wearing slacks, and opting for dark-coloured clothing instead of the brighter, flashier outfits worn by either her sister-in-law, the Duchess of Cambridge, or the Queen.

Meghan’s impact on fashion brands is not a shocker, considering that the term “Meghan Sparkle” was coined for her power to improve sales simply by wearing a brand’s dress.

For example, during her trip with her husband Prince Harry, the style of shirt dresses that the Duchess wore spiked by 45 per cent month-over-month.

In fact, the report stated her “Club Monaco dress sold out in less than 24 hours, following a 570 per cent spike in searches and wearing a J Crew skirt saw a 102 per cent increase in searches for the brand." 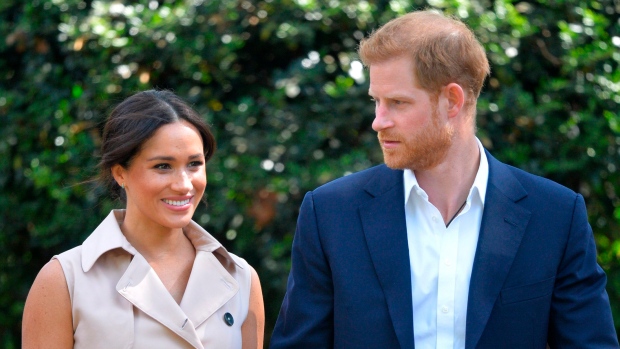 In this Wednesday Oct. 2, 2019 file photo, Britain's Harry and Meghan, Duchess of Sussex arrive at the Creative Industries and Business Reception at the British High Commissioner's residence, in Johannesburg. (Dominic Lipinski/Pool via AP, File) 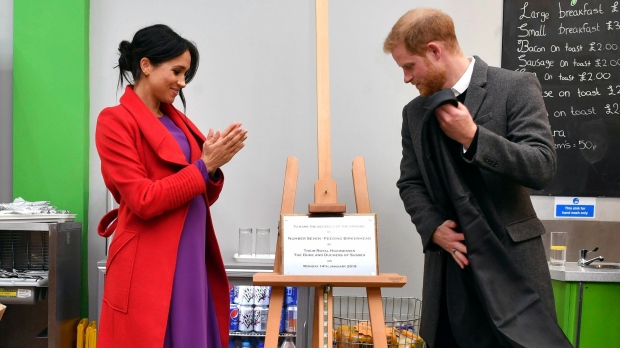 In addition to Meghan, stars from Generation Z also made the list. Coming in second of Lyst’s power dressers were “The King” actor Timothée Chalamet, followed by “Euphoria” actress Zendaya and “Bad Guy” singer Billie Eilish.

Makeup tycoon and reality star Kylie Jenner reigned as Lyst’s most influential fashion icon of 2018, but dropped to seventh this year.