Brandon Maxwell gets emotional after a huge year of fashion 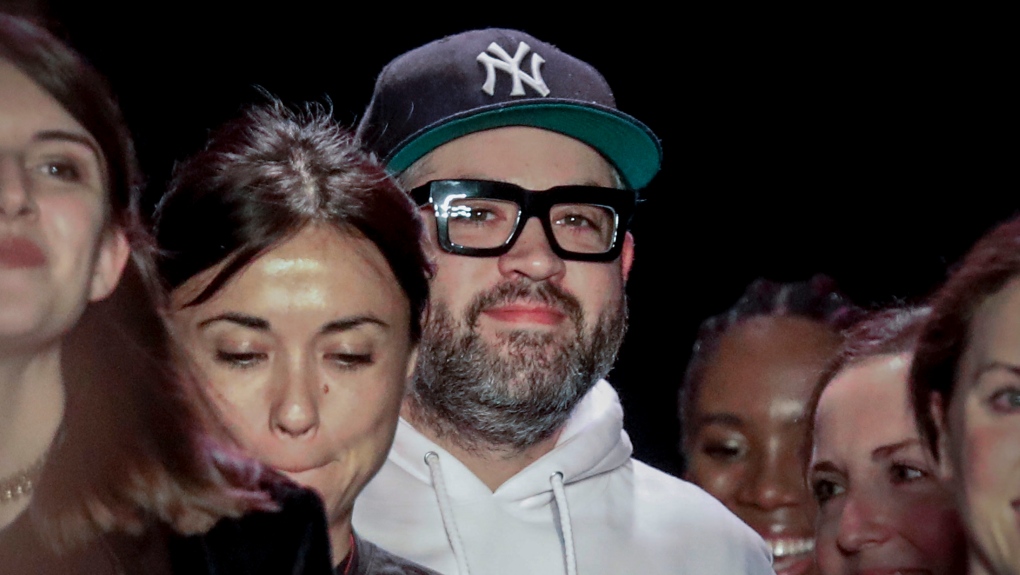 NEW YORK -- Brandon Maxwell has had quite the year.

The designer joined the cast of "Project Runway" as a judge, had some of the most famous women in Hollywood wear his designs and he accompanied his best friend, Lady Gaga, to the Met Gala, changing her four times on the red carpet during fashion's biggest night of the year.

Despite his successes, Maxwell told The Associated Press the nerves never go away. That includes work on his latest collection shown Saturday at New York Fashion Week.

"This is my life, you know. I have a lot of people here who are very good to me that I employ. Am I going to start crying? I don't take that lightly. I want to do well for them," Maxwell said backstage after the show.

The 34-year-old Texan made his 2020 spring ready-to-wear collection about everything he loves.

And he did just that. Guests chowed down on Shake Shack burgers and fries waiting for the show to begin. He also served them an array of cocktails, vegan chocolate chip cookies and doughnuts from Cha Cha Matcha.

Lily Aldridge was among his front row guests.

Irina Shayk opened the show with a twirl to catchy music that blasted throughout a Brooklyn warehouse. The supermodel wore a pair of green leather pants, a denim button-down blouse and an oversized beige leather blazer.

Bella Hadid, a regular on his runways, debuted Maxwell's denim collection. Her look was casual with a collared purple shirt under a deep purple sweater topped off by a lavender blazer and handbag.

Maxwell is known for his impeccably tailored clothing, mostly red carpet-ready gowns, but he changed it up for this collection, also featuring men's suits, jeans and sweaters. It was his first turn at menswear.

"Honestly, the inspiration this time, I didn't start with a story. I started with the women around me. We didn't always use a fit model. It was just women in the office trying the clothes on. And they were like, I like it. I would wear it. So I am like, 'OK cool,"' he said.

And the menswear? That, Maxwell said, "started with my fiance when I rolled over one night before bed he was like, 'I would love to have a shirt in the colour of Bella Hadid's dress from last September.' And I said, 'OK, I'll make you one.' And I loved it, and I enjoyed it."

The final looks of the show featured contemporary takes on evening gowns. Shayk wore a body-hugging black gown with an open back and side cut-outs. Hadid was in an emerald green two-piece draped look with a high slit. Candice Swanepoel wore a silk skirt with hip cut- outs and a black bra top.

Maxwell became emotional when talking about the high-profile models who appeared in his show.

"I knew Irina before, I think everyone that showed up, you know. It (New York Fashion Week) is a shorter, condensed schedule this time and the girls do really have to think about that schedule and I, again, don't take lightly the fact that they showed up for me," he said.

"They don't have to. Am I going to start crying again?"