Born in a pub, Canadian teen goes back for her first pint 18 years later 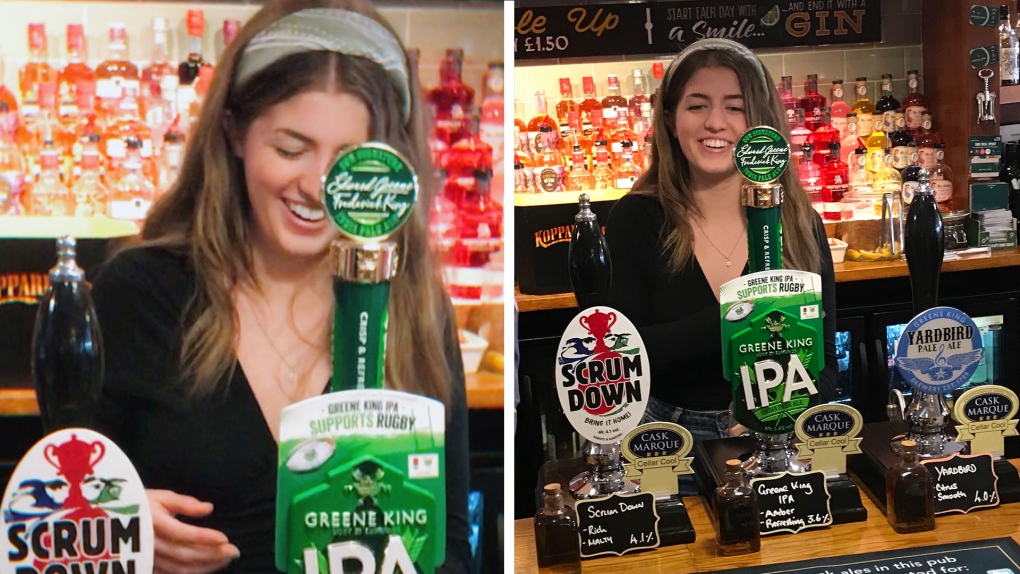 A Vancouver teen returned to the British pub she was born in to have a birthday pint, after she reached the legal drinking age. (Isobel Casey)

TORONTO -- For teenagers, drinking their first pint of beer can be a rite of passage.

But for Isobel Casey, it was extra-special because the North Vancouver resident took her first legal sips in the place where she was born: the Hartford Mill pub in Cambridge, England.

Recounting the tale of her birth always gives her a laugh, Casey told CTVNews.ca.

“I always thought it was hilarious. It was kind of like a party trick -- something (my parents always) had to tell people whenever I met them,” Casey chuckled during a phone interview.

While she’s heard the story since she was three years old, if you’ve never met her, here’s what happened.

On Valentine’s Day 18 years ago, her mother felt a sudden contraction while she was drinking morning coffee at the bar. Although she was eventually joined by Casey’s father, they’d run out of time to get to the nearest hospital.

“It was a very fast delivery and I ended up being born in the fire escape next to the ball pit,” Casey said bluntly. She was the couple’s second child together.

The family moved to Canada when Casey was four years old and they hadn’t been back to the pub since.

But last weekend, the teen returned to where her mother, Nicola, was forced to give birth on Feb. 14, 2002.

Her father Neil always vowed to take her back there, so when Casey began looking into universities, including some in Britain, the timing seemed perfect for a pilgrimage to her birthplace.

“It was quite a nice little party and get-together with friends. So it was really relaxing to be with family and be back there after all these years,” she said. “It felt like a special moment.”

Some things have changed at the Hartford Mill pub since 2002. The original bar burned down in 2013, but was rebuilt on the surviving foundation.

During her birthday party, Casey ordered two pints of Green King IPA and was even allowed to go behind the bar to pour a pint herself. “It was a lot harder than I thought,” she laughed.

Her father is a scientist and her mother is a nurse, and Casey hopes to study biology in the United Kingdom.

“My goal is to eventually get back to England because that’s where all my heritage comes from,” she said. “But I’ll see how everything goes.”