Bidens' dog Major back at White House after post-bite training 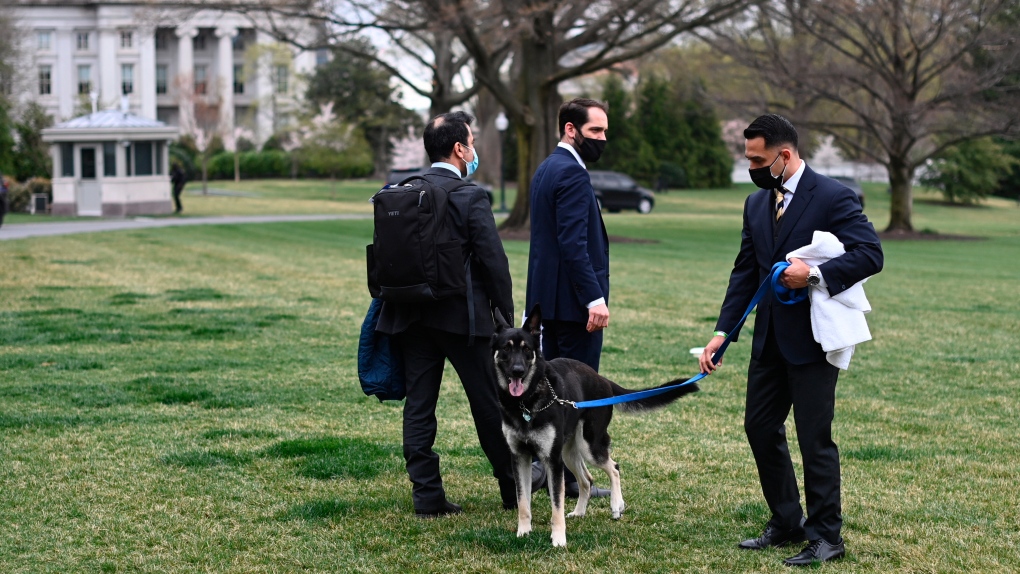 A handler walks Major, one of U.S. President Joe Biden and first lady Jill Biden's dogs, on the South Lawn of the White House in Washington, Wednesday, March 31, 2021. (Mandel Ngan/Pool via AP)

WASHINGTON -- U.S. President Joe Biden's younger dog, Major, is back at the White House after extra training - including spending time with some cats - to address biting incidents, first lady Jill Biden said in an NBC interview broadcast on Friday.

"He's back," Jill Biden said in the interview, conducted on Thursday. "He is such a sweet, lovable dog, he really is."

The Bidens are expecting to bring a cat - a female - into their fold soon, she said, and Major has been prepped for that.

"That was part of his training, they took him into a shelter with cats," she said. "He did fine."