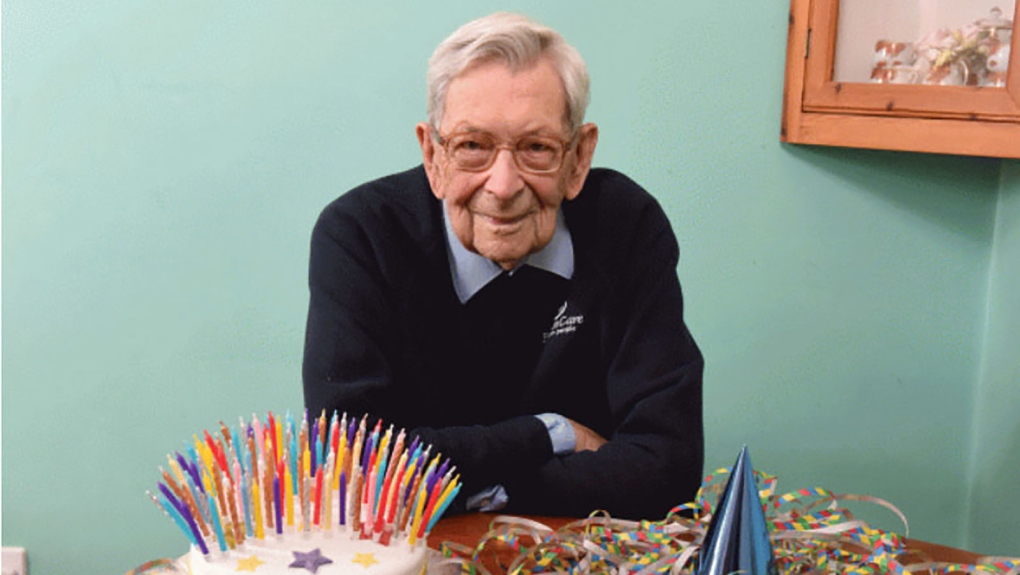 A British pensioner has just been the crowned the world's oldest man after he celebrated his 112th birthday.

Born on March 29, 1908, Robert Weighton has officially been confirmed as the new title holder by Guinness World Records (GWR), it was announced Tuesday.

It is usually customary for adjudicators to meet with record holders in person. However, due to global social distancing measures that have been applied because of the coronavirus pandemic, Weighton was awarded his certificate remotely, at the assisted living home where he lives.

Playing down the accolade, Weighton described himself as "an ordinary bloke who just happened to live for a long time."

In a video clip posted on the GWR site, he said: "I have never been someone who said 'I want to climb Everest' or sail around the world... I just take life as it comes along."

Born in Kingston-Upon-Hull in Yorkshire, he was one of seven children. After leaving school at 16, he undertook a marine engineering apprenticeship. He later moved to Taiwan where he spent two years learning Mandarin and taught at a missionary school.

In 1937 he married his wife Agnes, who was also a teacher. Their first child was born in Taiwan, but two years later they left for the U.K..

Their timing clashed with the outbreak of the Second World War, and the family was diverted to Canada.

During the war, the family moved from Canada to Connecticut in the U.S.. While there, Weighton worked in a factory making planes to support Britain's war efforts.

The couple had two more children during this time and remained in the U.S. until 1945, when they then returned to the U.K.

Weighton later went on to teach at London's City University. His wife Agnes passed away in 1995.

The grandfather of 10 and great-grandfather of 25 said: "When you're young you don't think about being old. It's a new record for me. The only other record I remember ever having was jumping five feet two inches high in my school days in the final high jump on sports day."

Weighton has more than four years to go until he beats the record of the longest ever living man. That accolade goes to Jiroemon Kimura from Japan, who was born on April 19, 1897 and died aged 116 years and 54 days on June 12, 2013.

Kane Tanaka, the world's oldest woman, lives in Japan. She celebrated her 117th birthday in January.