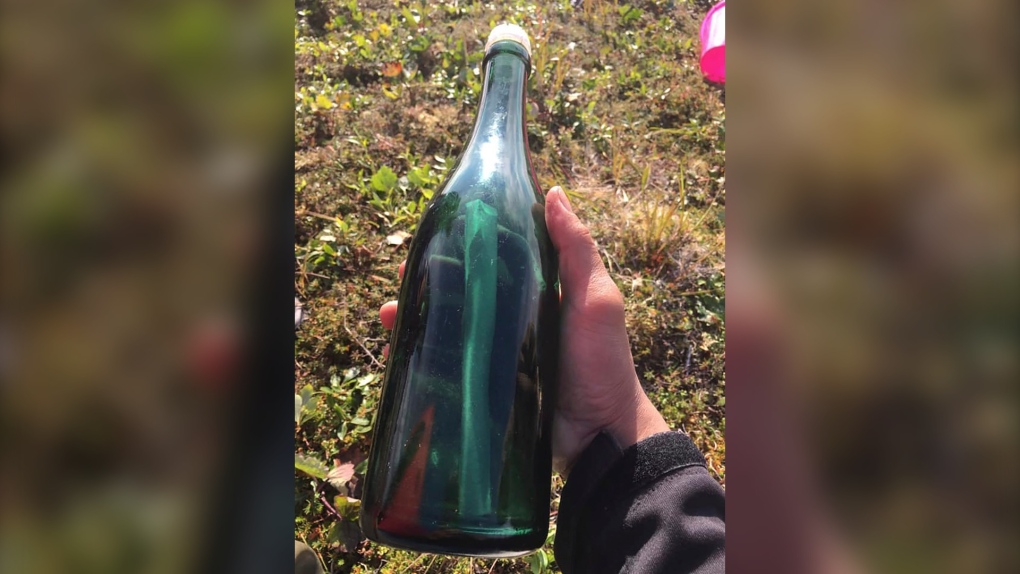 This undated photo provided by Tyler Ivanoff shows a bottle with a message that he found on the shores of western Alaska. (Tyler Ivanoff via AP)

ANCHORAGE, Alaska -- A man discovered a 50-year-old letter in a bottle from the Russian Navy on the shores of western Alaska.

Ivanoff shared his discovery on Facebook where Russian speakers translated the message to be a greeting from a Cold War Russian sailor dated June 20, 1969. The message included an address and a request for a response from the person who finds it.

He was skeptical he wrote the note until he saw his signature on the bottom.

The message was sent while the then 36-year-old was aboard the Sulak, Botsanenko said. Botsanenko shed tears when the Russian television reporter told him the Sulak was sold for scrap in the 1990s.

Botsanenko also showed the reporter some souvenirs from his time on the ship, including the autograph of the wife of a famous Russian spy and Japanese liquor bottles, the latter kept over his wife's protests.

Ivanoff's discovery of the bottle was first reported by Nome radio station KNOM.