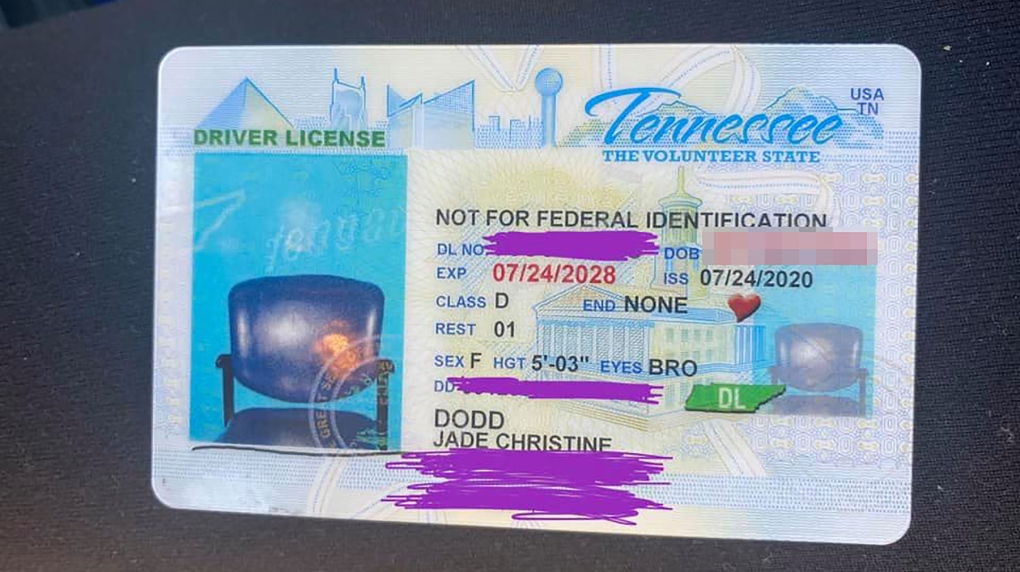 A Tennessee woman was surprised to find that her image was not on her new driver's licence. (Jade Dodd/Facebook)

Driver's licence photos are the worst, but one Tennessee woman is laughing after a clerical error left her with a picture of an empty chair.

"I was with my Mom and we were going to eat lunch and I said, 'You need to see this, this isn't right,'" Jade Dodd told CNN affiliate WKRN.

Dodd had recently renewed her licence in Hickman County and when it came in the mail on Thursday, she was surprised to find that in place of her picture ID there was a photo of an empty chair.

"The lady at the DMV did not really believe me when I was like 'hey, I need my license fixed,'" Dodd said.

"Then, she looked it up in the system and goes, 'Oh, I need my manager for this.'"

The Tennessee Department of Safety and Homeland Security told CNN the error happened when the wrong image was captured and saved to Dodd's profile.

"When the customer recently renewed her driver licence online, she received an image of a chair because that was the last picture taken on file," Wes Moster, director of communications, said in a statement.

"When the Department was made aware of her situation, we immediately made things right with the customer and provided her with a licence with her actual photo and have addressed this situation internally."

Luckily, Dodd mostly just thinks it's hilarious and told WKRN that it was a good way to lighten the mood due to the coronavirus.

"My boss thinks it's funnier than anyone. I was at work Friday and he pointed to a chair outside of his office door and was like, 'I thought this was you, I waved at it this morning' and I was like 'thanks,'" said Dodd.

Strangers even started sending her memes to her social media to help capitalize on the humourous incident.

By Monday Dodd had a new licence and a great story to tell.