It's official: 'Law and Order' cancelled after 20-year run 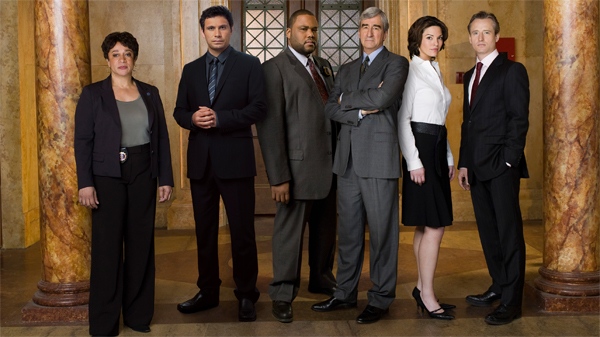 U.S. television network NBC announced Friday that the show would end its historic 20-season run on May 24, with a season finale that was never meant to bring the saga to a close.

Even as it issued a death sentence for the original "Law & Order," NBC announced a new drama in the "Law & Order" franchise called "LOLA" ("Law & Order: Los Angeles"). Premiering this fall, "LOLA" is described as a procedural crime drama "that will follow the theme and storylines similar to the 'Law & Order'-brand series on the streets of Los Angeles." Casting for the show is under way, the network said.

The sudden end of "Law & Order" could be explained by sagging ratings and creative fatigue, but its renewal had been widely expected nonetheless. Then, on Thursday, a flurry of reports declared the series to be doomed. NBC refused to confirm the reports. Negotiations were said to be continuing late Thursday.

Jeff Gaspin, chairman of NBC Universal Television, praised "Law & Order" creator-producer Dick Wolf and said it "will continue to make an impact like no other series before."

But the cancellation denies Wolf his long-held dream of surpassing "Gunsmoke" from a generation ago as TV's longest-running drama. The two series are tied at 20 seasons each.

It also became a familiar presence on the streets of New York as it went about its on-location filming.

"Over the last 20 years, 'Law & Order' became a New York City institution," said New York Mayor Michael Bloomberg in a statement. Noting that "it began filming in the city at a time when few series did," he expressed gratitude to Wolf for "helping showcase the city's depth and versatility as a setting and all of the advantages of filming here."