Weighted blankets can help those with anxiety, depression get a better night's sleep: study 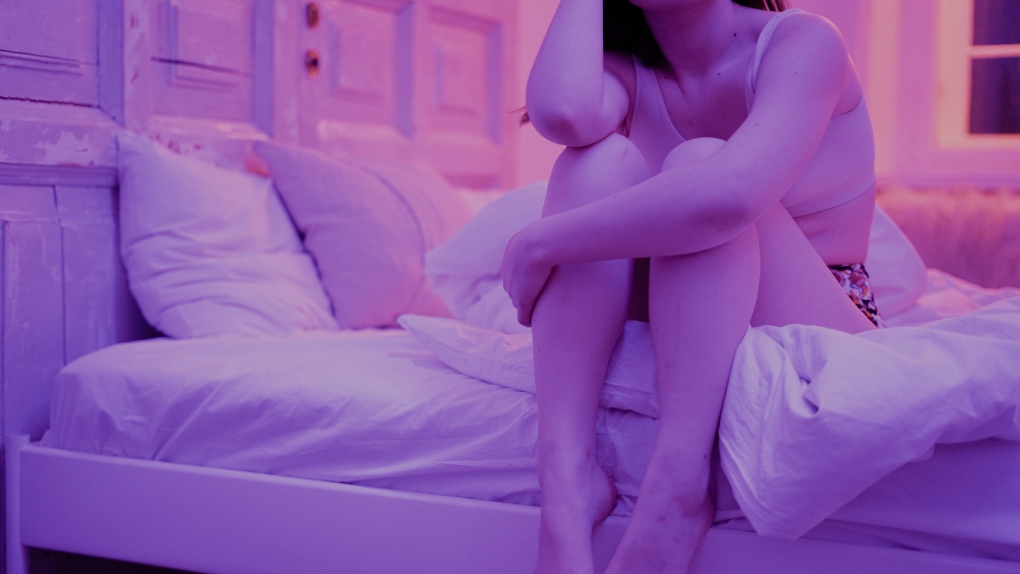 TORONTO -- According to a new study from Sweden, for those battling insomnia spurred on by mental illness, a weighted chain blanket might be the key to finally getting a good night’s sleep.

Weighted blankets are blankets that have had heavier materials inserted into the centre in order to provide the user with a sensation of pressure across their body. They can be filled with glass or plastic pellets or beads, or filled with metal chains that have been sewn into place between padding.

The health and mental benefits of sleeping with a weighted blanket have frequently been touted, but in this new study, researchers focused on whether these blankets truly could aid those struggling with mental health and insomnia.

The participants all had experienced clinical insomnia for more than two months, and had been diagnosed with either major depressive disorder, bipolar disorder, generalized anxiety disorder, or ADHD.

For people living with these disorders and issues, insomnia can be a major problem, and can exacerbate other aspects of their mental health.

At the beginning of the study, half of the participants were given eight-kg weighted blankets with metal chains inside. They were allowed to swap to a six-kg weighted blanket if they found the original too heavy, which researchers referred to as “a flexible dose.”

But in order to have a control for the study, the other half of the participants, selected randomly, were given blankets identical in appearance and feel to the weighted blankets — except they had plastic chains sewn inside them, and weighed only around 1.5 kg, a typical weight for an ordinary blanket.

After sleeping at night with the blankets they had been provided, participants were asked to self-report on the severity of their insomnia symptoms, and how much sleep they had gotten during the night. They also self-reported on their symptoms of depression and anxiety during the day during the experiment.

Participants also had their sleep and daytime activity levels evaluated by wearing a device called an actigraph unit on their wrist to measure motor activity.

“The intervention by the weighted blanket resulted in a significantly better sleep-maintenance, a higher daytime activity level, and reduced daytime symptoms of fatigue, depression, and anxiety,” the study results said.

Researchers also did a 12-month follow-up period, where participants could choose to continue using the weighted blankets, and those with the light blankets could switch to the heavier ones.

The study results indicate that the positive effect of a weighted blanket is not merely placebo, and that the weight itself does actually have an impact.