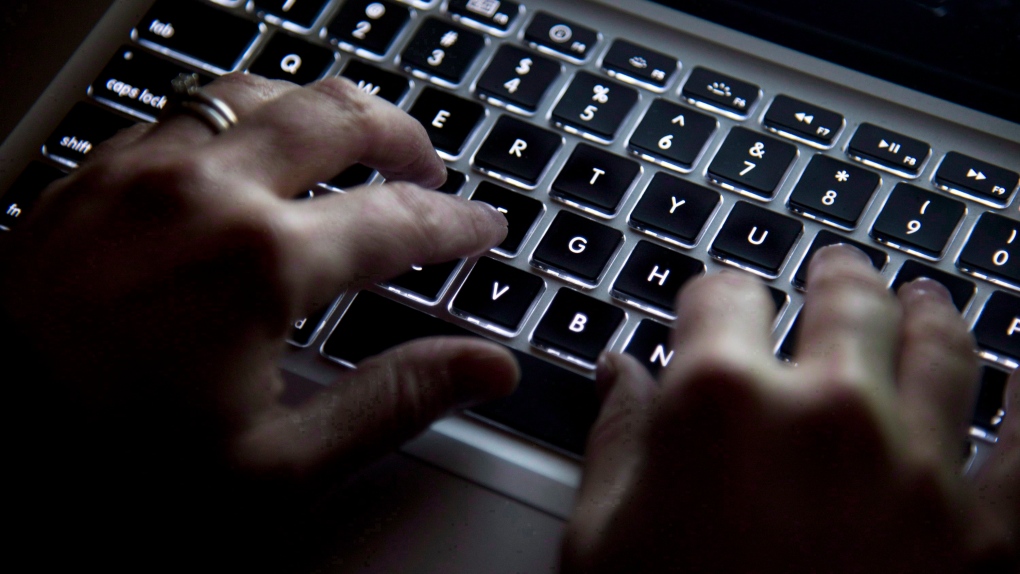 A woman uses her computer keyboard to type while surfing the internet in North Vancouver, B.C., in this file photo dated December 19, 2012. THE CANADIAN PRESS/Jonathan Hayward

An advisory released by the FBI and two other government agencies said they had "credible information" that hackers were targeting the healthcare sector using malware, "often leading to ransomware attacks, data theft, and the disruption of healthcare services."

The threat comes as U.S. hospitals grapple with rising numbers of coronavirus cases, during a pandemic which has so far killed more than 226,000 people in the country.

Ransomware is a type of malicious software used by cybercriminals to encrypt users' files until a ransom is paid.

Healthcare institutions have been frequent victims of ransomware for several years in the U.S. and globally.

Last month, a suspected ransomware attack disrupted patient care at a large chain of hospitals and clinics operating in the United States and Britain.

In 2017, the U.K.'s national healthcare system was one of the victims in a wave of global ransomware attacks, prompting some of its hospitals to divert ambulances and scrap operations.

They encouraged health care providers to patch their operating systems, software and firmware as soon as possible, and to conduct antivirus and anti-malware scans regularly.