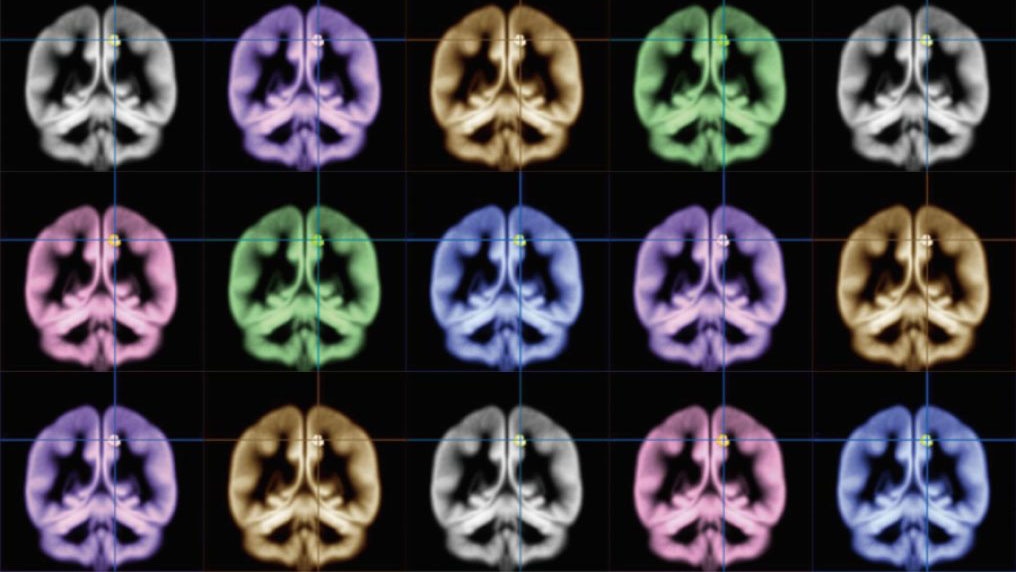 An MRI locating the part of the brain linked to happiness. (Kyoto University)

Using Magnetic Resonance Imaging, a team of Japanese scientists have located the part of the brain linked to feeling happy.

Do we really know what happiness is, and most importantly, where it's located? To answer this universal question, Waturu Sato, a researcher at Kyoto University in Japan, and his team undertook a study. They discovered that the combination of positive emotions and satisfaction derived from life events had an impact on the precuneus, which is part of the parietal lobe.

From a neurological point of view, happiness can be defined as a subjective experience based on a feeling that varies in intensity from person to person.

Psychologists have attempted to find out the neural mechanism behind happiness. This is an area clouded in mystery, particularly for neurologists who, up until now, had been unable to precisely identify the parts of the brain involved in happiness.

The neuroscientists in Dr. Sato's team used an MRI to analyze the brains of 51 participants and to measure their subjective happiness as well as the emotions they felt. They sought to evaluate two key parameters: an emotional component and a cognitive component. They gave participants a questionnaire to discover if they were happy or not, to determine the intensity of their emotions, and to find out the degree of satisfaction with their lives.

Their findings, which were published in the journal Scientific Reports of November 20, 2015, indicated that the participants who obtained the best happiness score had more grey matter in the precuneus, a region of the parietal lobe in the cerebral cortex, than those who were less happy about their life.

The researchers also noted that the intensity of positive and negative emotions and life satisfaction were associated with this part of the brain. They concluded that the precuneus of happy people or those who tended to feel emotions in a positive, more intense way, giving their life meaning, was bigger in size.

Waturu Sato concluded: "Several studies have shown that meditation increases grey matter mass in the precuneus. This new insight on where happiness happens in the brain will be useful for developing happiness programs based on scientific research."

The study was published in Scientific Reports.