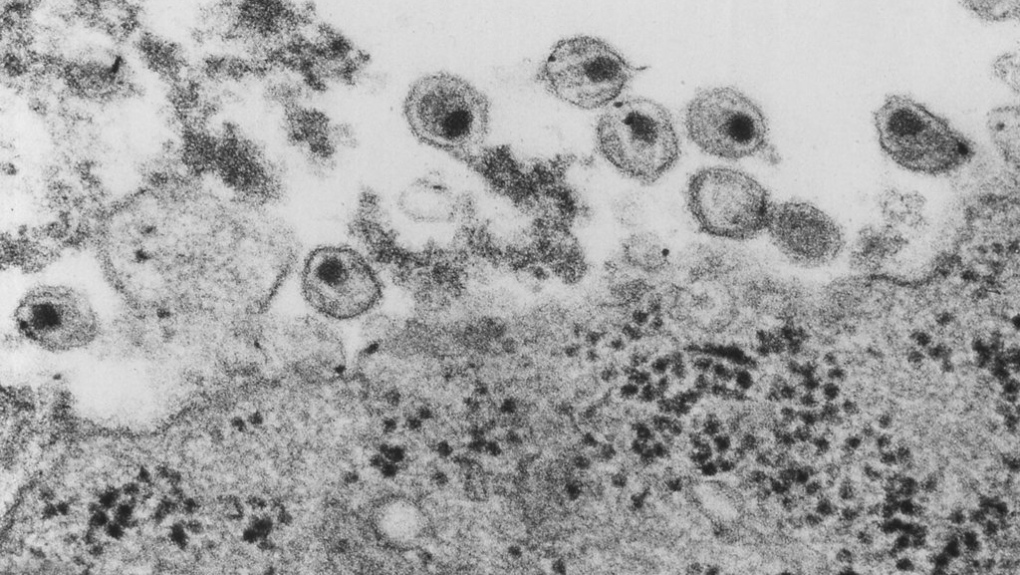 For the first time in 19 years, a team of scientists has detected a new strain of HIV. (CDC/CNN)

For the first time in 19 years, a team of scientists has detected a new strain of HIV.

The strain is a part of the Group M version of HIV-1, the same family of virus subtypes to blame for the global HIV pandemic, according to Abbott Laboratories, which conducted the research along with the University of Missouri, Kansas City. The findings were published Wednesday in the Journal of Acquired Immune Deficiency Syndromes.

HIV has several different subtypes or strains, and like other viruses, it has the ability to change and mutate over time. This is the first new Group M HIV strain identified since guidelines for classifying subtypes were established in 2000. It is important to know what strains of the virus are circulating to ensure that tests used to detect the disease are effective.

"It can be a real challenge for diagnostic tests," Mary Rodgers, a co-author of the report and a principal scientist at Abbott, said. Her company tests more than 60% of the world's blood supply, she said, and they have to look for new strains and track those in circulation so "we can accurately detect it, no matter where it happens to be in the world."

Dr. Anthony Fauci, director of the National Institute of Allergy and Infectious Diseases, said current treatments for HIV are effective against this strain and others. However, identifying a new strain provides a more complete map of how HIV evolves.

"There's no reason to panic or even to worry about it a little bit," Fauci said. "Not a lot of people are infected with this. This is an outlier."

For scientists to be able to declare that this was a new subtype, three cases of it must be detected independently. The first two were found in the Democratic Republic of Congo in the 1983 and 1990.

The two strains were "very unusual and didn't match other strains," Rodgers said. The third sample found in Congo was collected in 2001 as a part of a HIV viral diversity study.

The sample was small, and while it seemed similar to the two older samples, scientists wanted to test the whole genome to be sure. At the time, there wasn't technology to determine if this was the new subtype.

So scientists at Abbott and the University of Missouri developed new techniques to study and map the 2001 sample. Rodgers said it was "like searching for a needle in a haystack," and then "pulling the needle out with a magnet."

"This discovery reminds us that to end the HIV pandemic, we must continue to out think this continuously changing virus and use the latest advancements in technology and resources to monitor its evolution," study co-author, Dr. Carole McArthur, a professor in the department of oral and craniofacial sciences at the University of Missouri, Kansas City, said in a statement.

About 36.7 million in the world are living with HIV, according to World Health Organization. UNAIDS estimates that in 2016, some 1.8 million people became newly infected.

Correction: This story has been updated to reflect new information from Abbott about how they characterize the study for which the 2001 sample was collected.