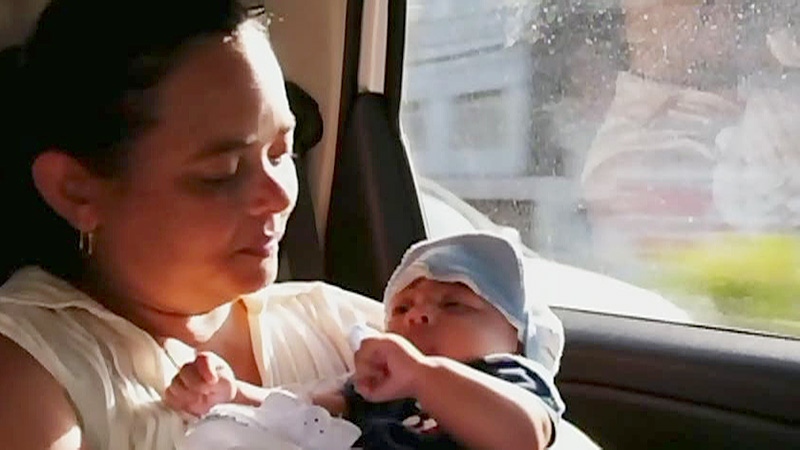 WASHINGTON -- Americans don't know a lot about the Zika virus that is linked to birth defects and creeping steadily closer to the U.S., according to a new poll that found about 4 in 10 say they've heard little to nothing about the mosquito-borne threat.

Even among people who have been following the Zika saga at least a little, many aren't sure whether there's a vaccine or treatment -- not yet -- or if there's any way the virus can spread other than through mosquito bites.

Still, with mosquito season fast approaching, more than half of the population supports a variety of efforts to control summer swarms -- from spraying pesticides to releasing genetically modified mosquitoes, says the poll conducted by The Associated Press-NORC Center for Public Affairs Research.

The government is considering a field trial in the Florida Keys of male mosquitoes, which don't bite, that are genetically altered so that when they mate with wild females, the offspring quickly die. The poll found 56 per cent of people would support introducing such mosquitoes into areas affected by Zika.

"I think it's kind of the wave of the future, to be honest," said Janis Maney, 63, of Pensacola, Florida, who sees mosquitoes nearly year-round in her warm climate. She's open to "anything that would control those little buggers."

The Zika virus has exploded throughout Latin America and the Caribbean. While adults typically suffer mild, if any, symptoms, there's an increasingly strong link between infections in pregnant women and fetal death and devastating birth defects -- babies born with small heads that signal a damaged brain.

U.S. health officials are warning pregnant women and those attempting to conceive to avoid travelling to Zika-affected areas. More than 300 cases of Zika have been diagnosed in the U.S., all so far associated with travel.

But the mosquitoes capable of spreading Zika live in parts of the U.S. And while experts don't expect an epidemic here, they worry that small clusters of cases are likely, particularly in Florida or Texas, if the insects bite returning travellers and then someone else.

"We have only weeks to prepare before the mosquitoes, and perhaps the virus, get ahead of us," said Dr. Edward McCabe of the March of Dimes.

Leah Zeleski, 27, of Lincoln, Nebraska, said she won't travel too far south this summer. A nursing student, Zeleski calls this a "very scary" time for women of childbearing age and wonders what scientists will discover next about Zika's risks, unknown until the current outbreak began in Brazil last year.

The AP-NORC Center poll found that among people who've heard about Zika, 90 per cent know mosquitoes can spread it but there are some other key gaps in knowledge:

--About 1 in 5 couldn't say whether Zika was linked to birth defects.

--Zika also sometimes spreads through sexual intercourse, but 14 per cent wrongly thought it couldn't, and another 29 per cent said they didn't know. That's worrisome, because the Centers for Disease Control and Prevention says men who've travelled to Zika-affected areas either should use condoms with their pregnant partners or avoid sex until the baby's born.

--More than half didn't know if there was a vaccine or treatment for Zika -- there is not -- or a diagnostic test. There are tests but they're not perfect, and they're being used primarily with pregnant women.

More public education is needed before there are any homegrown Zika infections, said Gillian SteelFisher of Harvard's school of public health, whose own polling has found even more misconceptions about Zika.

"We have an opportunity, before there's a case, to get people to worry where they need to and not where they don't," SteelFisher said. "With good information, people can take the right steps to protect themselves."

The poll found few people -- 16 per cent -- are very worried that the U.S. will experience much Zika.

"I've kind of grown numb" about outbreak warnings in recent years, said Valerie White, 24, of Montgomery County, Maryland, who doesn't plan to travel during her pregnancy. "Once people realize it's a problem, there's usually a quick response, so I'm not worried."

Only a quarter of people said U.S. athletes should withdraw from the Olympics in Brazil this summer.

When it comes to those genetically modified mosquitoes, some activists in Florida have argued against them -- but the new poll found only 16 per cent of Americans overall are opposed to the strategy to control Zika, and 26 per cent are neutral. In previous surveys, genetically modified food ingredients have generated more public concern.

The AP-NORC poll of 1,004 adults was conducted March 17-21 using a sample drawn from NORC's probability-based AmeriSpeak panel, which is designed to be representative of the U.S. population. The margin of sampling error for all respondents is plus or minus 3.8 percentage points.