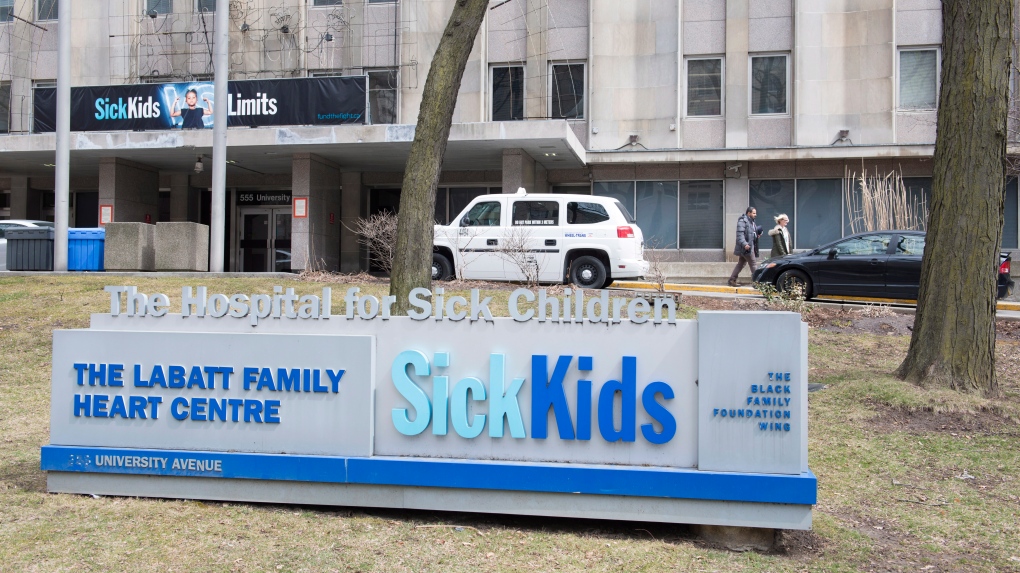 The Hospital for Sick Children in Toronto is shown on Thursday, April 5, 2018. (THE CANADIAN PRESS/Doug Ives)

TORONTO -- The Florida team behind a new cannabis blog said they had no idea one of its domain names originally belonged to a Canadian children’s hospital.

Motherisk.org, which now redirects to CBDClinicals.com, was first operated by Toronto’s Hospital for Sick Children as a resource for information about pregnancy risks.

An “oversight” led to their loss of the web address after the SickKids site officially closed in April, a hospital spokesperson told CTVNews.ca in an email.

“The domain name expired and was released following the closure,” the email said. “This was an oversight and multiple departments within SickKids are working to put procedures in place to prevent this type of occurrence in the future.”

For decades, the Motherisk program operated a since-discredited drug testing lab and two hotlines for pregnant women and new mothers in Ontario. Since the closure, some in the medical community have expressed a need for such pregnancy hotlines to return. SickKids acknowledged that Motherisk was a valued resource.

“We know that many individuals and members of the medical community relied upon this website as a resource for up-to-date information about medications and other exposures during pregnancy and breastfeeding,” the SickKids spokesperson added. “We are concerned this content will be perceived to have been validated by SickKids experts.”

The hospital said it has sent cease-and-desist notices to the web host and registrar.

The motherisk.org address now directs to information about cannabidiol, or CBD oil, a non-psychoactive cannabinoid in cannabis plants. Posts include research on the use of CBD oil during pregnancy, while breastfeeding, and to treat kids with anxiety. Most of the CBD Clinicals blog posts acknowledge that there is insufficient research about the health effects of CBD.

The blog’s team was unaware of SickKids or Motherisk, a marketing consultant for the blog told CTVNews.ca.

“(CBD Clinicals) actually just recently purchased this domain from a third party on advice from some consultants, and did not know its history to Canadians,” wrote Ash Aryal, a consultant with California-based agency Digital Spotlight, in a Facebook message.

Last month, SickKids posted a statement to its official website stating it had no longer had any association with the website. “Individuals with questions about medications and other exposures during pregnancy and breastfeeding can contact their health-care providers,” the statement said.

On Wednesday, the hospital clarified that it didn’t know who was behind the site at the time of the statement. “Until recently, we were not aware of the identity of the domain owner. Now that we are aware, we will contact them directly,” they told CTVNews.ca by email.

The CBD Clinicals team was considering dropping the Motherisk domain name on Wednesday, according to consultant Aryal. They have also begun explaining the error to individuals who have reached out on social media asking why they are using the URL.

Pregnancy is “just one small part” of the site, said Aryal, adding that the team is even in the process of hiring doctors to contribute.

“The intentions of CBD Clinicals is to be THE authority in CBD-related information,” added Aryal. “There is a lot of misinformation, or information that is loosely put up.”

Despite limited research, the non-intoxicating extract CBD is often promoted for anxiety, pain and insomnia relief. A recent campaign from the Canadian Health Food Association (CHFA) even aimed to make the availability of CBD oil over the counter an election issue. Though Health Canada acknowledges that CBD has “possible therapeutic uses” undergoing research, it does not provide any position on its potential benefits.