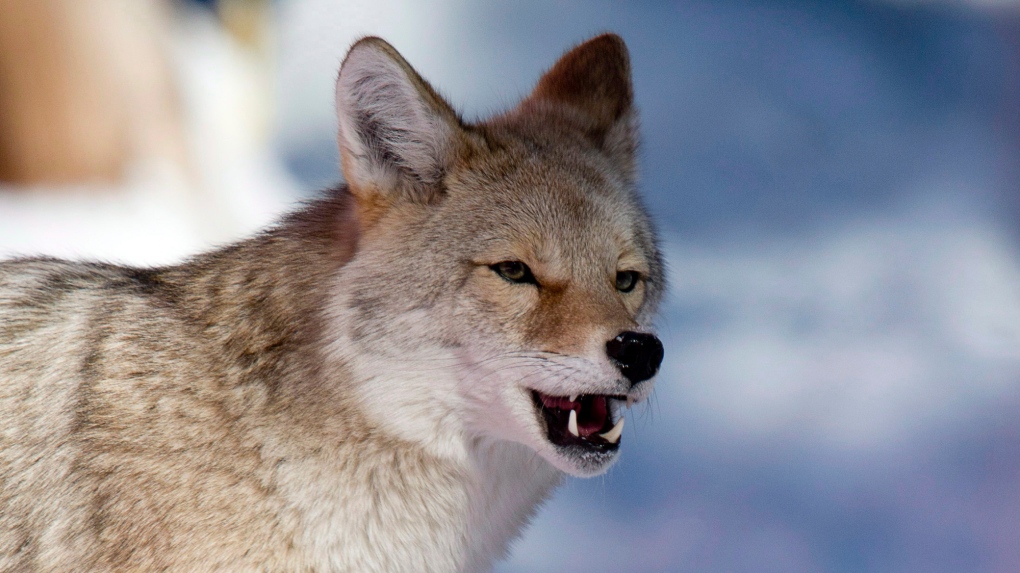 A coyote walks along the outside of a race course at Lake Louise, Alta., Thursday, Dec. 5, 2013. (Jonathan Hayward / THE CANADIAN PRESS)

Research out of the University of Guelph suggests a potentially fatal tapeworm thought only to be in the Prairies is widespread in southern Ontario.

The tapeworm, Echinococcus multilocularis, is spread by foxes and coyotes that eat infected rodents. Although those wild animals don’t become sick, they can pass on the parasite to dogs and humans, who can develop a severe infection known as alveolar echinococcosis (AE).

AE can form lesions in the body of those infected and can even be fatal if left untreated.

The study, published in the February edition of Emerging Infectious Diseases, examined the carcasses of 460 foxes and coyotes over from across the region and found the presence of E. multilocularis in 23 per cent of them, which suggests the parasite has been present in the region for decades and is now well established.

Dr. Andrew Peregrine, the lead researcher in the study, told CTVNews.ca that hunting dogs are especially prone to the parasite and resulting infection.

If they eat the droppings of a coyote or fox, they can ingest the tapeworm’s eggs and be at risk of AE.

The parasite was originally thought to only be present in the Prairies, but was first discovered in six dogs and three lemurs who died in Ontario’s Golden Horseshoe region back in 2012. This study found infected animals in almost every region of southern Ontario, particularly near Lake Erie.

Peregrine says the study should help doctors and veterinarians to properly diagnose the infection, as they now know AE is possible in the region.

“A lot of doctors may have missed this in the past because historically we weren’t supposed to have it in the province,” he said. “It wouldn’t have been on the radar for most physicians or even specialists. Now we’re hearing about human cases and we know where the parasite occurs.”

Peregrine suggests dog owners in southern Ontario inquire about the deworming drug praziquantel, which can be taken monthly and will stop infected dogs from spreading the parasite through their droppings.

“You can eliminate the public health risk by regular de-worming, but it’s only needed for dogs that hunt and those that eat rodents,” Peregrine said.

If your dog hunts, Peregrine suggests washing your hands after petting the dog or cleaning up their feces. He also advises against letting the dog sleep in your bed.

Peregrine also suggests people who come in contact with foxes and coyotes -- alive or dead -- should always wear gloves.