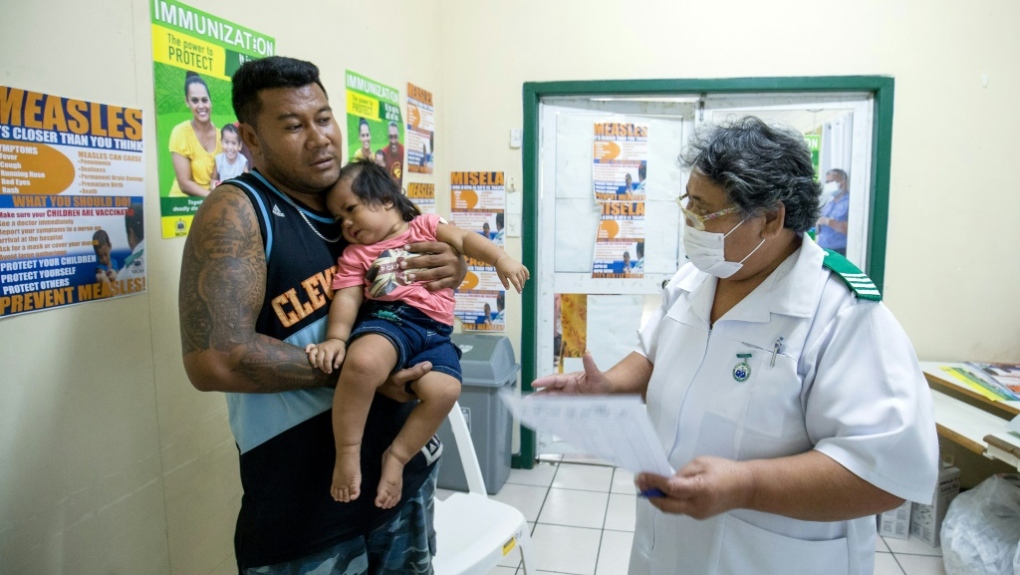 A devastating measles outbreak continued to spread in Samoa as the death toll from the epidemic climbed to 70, mostly young children. (AFP)

Official figures showed there were 112 new cases in the 24 hours to Monday morning, despite a massive immunization drive last week that saw the entire Pacific nation shut down for two days.

The government said the mobile vaccination teams had succeeded in ensuring 90 percent of the 200,000-strong population was immunized, up from around 30 percent when the epidemic began in mid-October.

However, the vaccine takes 10-14 days to take effect, meaning it is too early to say whether the outbreak has peaked.

The total number of cases was 4,693, with 229 people currently in hospital, including 16 critically ill children.

Infants are the most vulnerable to measles, which typically causes a rash and fever but can also lead to brain damage and death.

Among the 70 dead, 61 are children aged four or under.

Health authorities have blamed anti-vaxxers spreading conspiracy theories for the low immunization rate that left Samoa's children so vulnerable to a measles outbreak.

Outbreaks elsewhere in the Pacific, including Tonga, Fiji and American Samoa, have been easier to contain because of higher immunization rates, with no deaths reported.