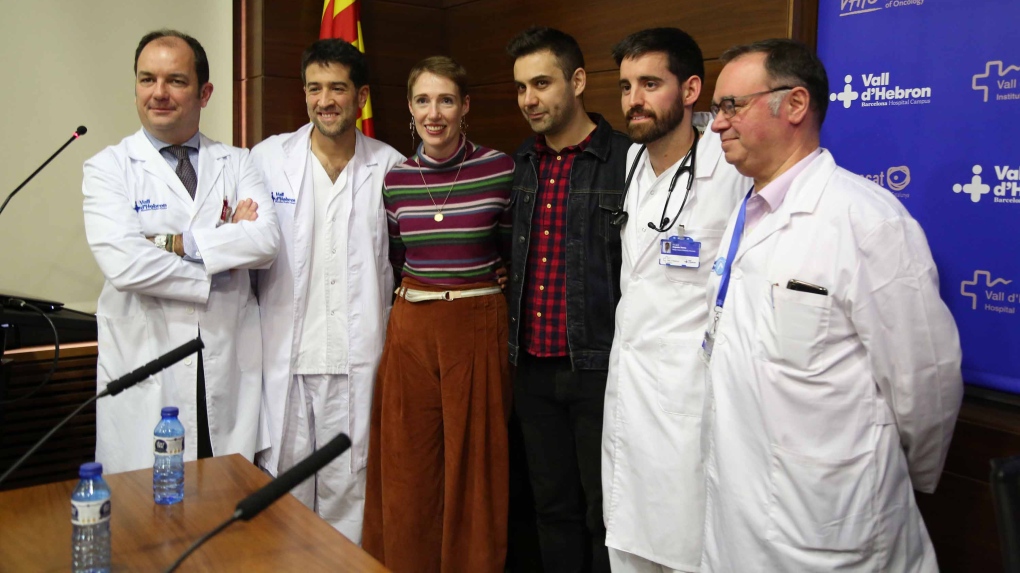 A British woman has made a full recovery after suffering a six-hour cardiac arrest caused by severe hypothermia -- a condition that doctors say also saved her life.

Thirty four-year-old Audrey Schoeman was caught in a snowstorm while hiking in the Pyrenees mountain range in Spain on November 3, and her husband Rohan called the emergency services when she passed out, according to a statement from Vall d'Hebron Hospital in Barcelona.

"I thought she was dead," Rohan said in an interview with local broadcaster TV3.

Schoeman was taken to Vall d'Hebron, where doctor Jordi Riera was part of the team that treated her.

"What happened to her is a consequence of the drop in body temperature," Riera said.

He explained that Schoeman survived with a perfect neurological outcome because the extreme drop in body temperature that stopped her heart also slowed her brain metabolism, allowing the organ to cope better with the lack of oxygen.

ECMO replaces the function of the heart and lungs, allowing doctors to oxygenate Schoeman's blood and pump it round the body.

Riera, who is medical director of the ECMO program at Vall d'Hebron, said her body slowly warmed up and they were able to get her heart beating again after six hours.

"She woke up and asked: 'What am I doing here?'" said Riera.

Schoeman suffered a slight loss of sensitivity in her hands, but should recover fully, said Riera.

She will be returning to work on Monday, he added, just over a month after the incident.

Schoeman expressed her gratitude to the medical team and told TV3 that she is keen to carry on her life as normal.

"It's like a miracle except I think it's all because of the doctors," she said

"Probably this winter I won't go to the mountains, but I hope that in spring we will be able to start hiking and trekking again. I don't want this to take away that hobby from me."