Know what to say when postpartum depression hits a loved one 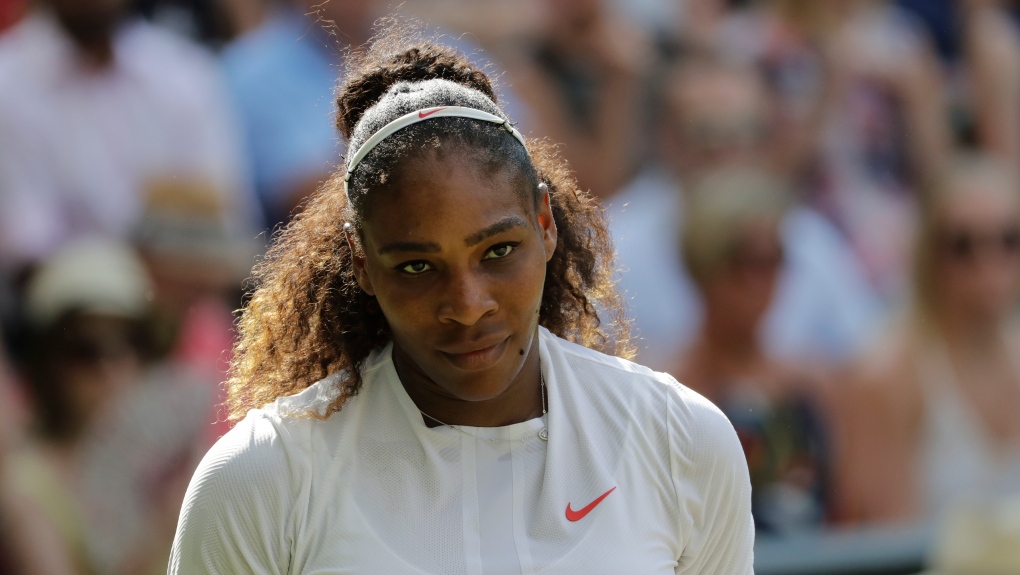 Serena Williams of the United States looks to the player's box after losing a point to Germany's Angelique Kerber during their women's singles final match at the Wimbledon Tennis Championships, in London, Saturday July 14, 2018.(AP Photo/Ben Curtis)

NEW YORK -- Gwyneth Paltrow, Chrissy Teigen, Adele: The charge to destigmatize postpartum depression has never before had so many high-profile sufferers willing to share their stories.

Add Serena Williams to the list. The 23-time Grand Slam champion playing in the U.S. Open took to Instagram last month after a loss in San Jose, California, to describe her feelings of inadequacy as a mother since the birth nearly a year ago of her daughter, Alexis Olympia Ohanian Jr.

"Talking things through with my mom, my sisters, my friends let me know that my feelings are totally normal," she wrote.

Postpartum depression, or PPD, does not have a single cause, according to the National Institute of Mental Health. It likely results from a mix of physical and emotional factors. The condition can last up three years after giving birth, with symptoms ranging from feelings of sadness beyond the "baby blues" to thoughts of self-harm or doing harm to the baby.

According to the American Psychological Association, up to 1 in 7 women experience the serious mood disorder or worse after giving birth. The World Health Organization says about 20 per cent of mothers in developing countries around the globe experience clinical depression after childbirth.

Though public discourse on postpartum depression has never been higher, a stigma persists. Friends, co-workers and loved ones who haven't experienced depression themselves may be at a loss for how to help.

"I think people are scared to talk about it, but many people suffer and want to know they are not alone," said Talya Knable, a Baltimore counsellor with friends and clients who struggled. "People need a lot of support."

When it comes to attempting that support, she said, there are sentiments to avoid: "Everyone has a hard time, you will get used to it. I didn't feel depressed when I had a baby. It can't be that bad. You don't need medication to get through this. Don't you love your baby? This is what you always wanted, you should be happy!"

Developing a more positive vocabulary when looking from the outside in is a matter of reassurance, Knable said: "You are a great mother and doing a great job. This part is really hard. It will get better. You are not alone in this. I am here to help if you need me. I know you are trying really hard. You can do this!"

Amanda Munday in Toronto suffered from severe postpartum depression and was hospitalized for 18 days following the birth of her first child, a daughter who is now 4. Her list of what not to say includes: "Is the baby healthy, though? Sleep when the baby sleeps" and "It's just your hormones, it will pass."

She suggests reaching out instead with: "You are a good parent. Those dark thoughts do not define you" and "You are allowed to put yourself first."

Heidi McBain is a Flower Mound, Texas, therapist who specializes in maternal mental health. She struggled with postpartum anxiety herself after a miscarriage and went into therapy for grief and loss when she got pregnant again. The anxiety continued after the birth of her son, who is now 9.

Her what-to-say list is short and to the point: "How can I help?" Her do-not-utter list covers some common missteps: "Why would you need medication from your doctor? Are you sure this isn't all in your head?"

Seeing a doctor is precisely what a woman should do if she fears the "baby blues" have crossed into more dangerous territory, according to the National Institute of Mental Health.

The term "baby blues" is often used to describe "feelings of worry, unhappiness and fatigue that many women experience after having a baby," the agency said. Up to 80 per cent of mothers experience such feelings in a somewhat mild form, lasting a week or two and going away on their own.

Postpartum depression is when sadness and anxiety can be extreme and interfere with a woman's ability to care for herself or her family, the institute said. It usually requires treatment.

"Finding a therapist who specialized in postpartum mood disorder and the right medication under supervision of a psychiatrist is what helped me get better. It's an illness that needs professional treatment," said Jen Schwartz, co-founder of the blog motherhood-understood.com.

Getting out of the house as a new mother suffering severe PPD can be a problem, said Carole Brody Fleet in Orange County, California. She suffered after the birth of her now 29-year-old daughter, at a time when fewer women were willing to speak out. Finding it difficult to leave the house, she received over-the-phone counselling from La Leche League.

"The most important step for me in treating PPD was understanding that reaching out for help was not a sign of weakness or failure as a new mother," she said.

Dr. Adeeti Gupta, who founded Walk In GYN Care with two clinics in New York, has one sentence that loved ones should never let slip out: "Are you depressed and unhappy about being a mother?"