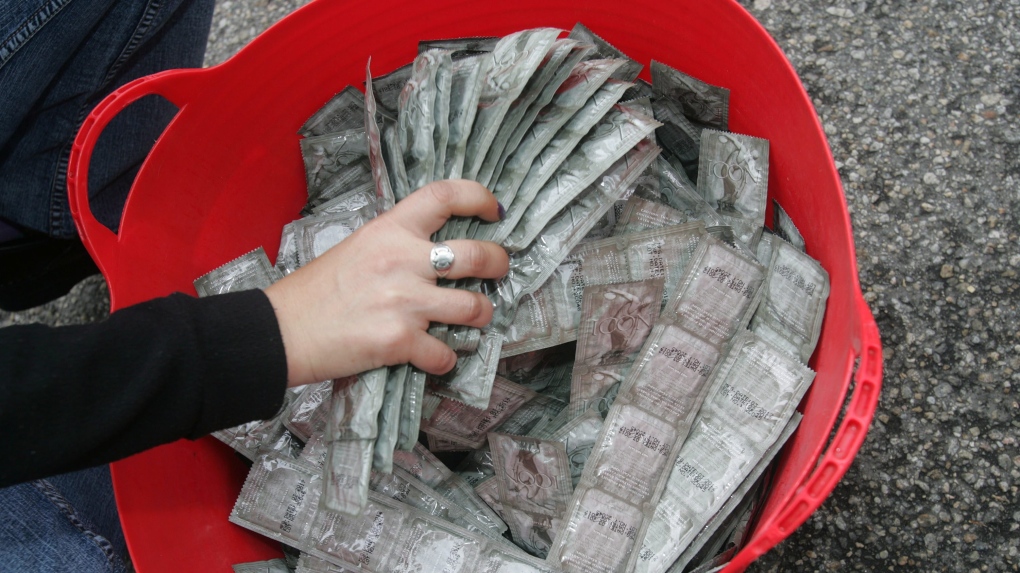 Indeed, cases of syphilis across the country have risen dramatically over the last two decades, spiking to more than 1,750 cases in 2010 from 177 in 1993, the most recent statistics show. Other sexually transmitted diseases, notably chlamydia and gonorrhea, are also on the rise

"I think it's just a general indicator of what's happening in terms of sexual activity," said Dr. Howard Njoo of the Public Health Agency of Canada.

"For this particular sexually transmitted infection, the dynamics seem to be slightly different from others like gonorrhea and chlamydia," said Njoo, director general of PHAC's Centre for Communicable Diseases and Infection Control.

"For the other two it seems to be younger individuals. In this case, it tends to be older ones. For example, people age 30 and older accounted for 73 per cent of all the reported cases in 2010," he said Thursday from Ottawa.

"The other interesting thing is the vast majority of cases are among men compared to women. In 2010, men accounted for 90.5 per cent of all the reported cases."

Many of those were men who have sex with men, although high-risk groups also include sex-trade workers, injection-drug users and people with multiple sexual partners.

"The fact that we are seeing a resurgence really speaks to the fact that people are vulnerable," said Dr. Vanessa Allen, a medical microbiologist at Public Health Ontario.

"And I think the idea that it is sort of a resolved issue, that it's not really a problem anymore, I think there's lots of evidence to show that we really are in an epidemic of syphilis," said Allen, who tracks cases of the disease across the province.

"It tends to not get the same attention as other infections because it is treatable. But there are consequences to not identifying it and not treating it."

Syphilis, caused by the rod-like bacterium Treponema pallidum, has often been called "the great imitator" because many of its symptoms are similar to those of other diseases. But sometimes there are no symptoms at all.

"A lot of the infection, unfortunately, is asymptomatic, so people don't have any symptoms," said Allen.

That means some people, at least, can be unaware they have the infection and can unknowingly spread it to others, she said, noting that Ontario saw an 11-fold jump overall in the annual rate of cases between 2001 and 2011. For men alone, the increase in cases was 16-fold higher.

When symptoms do occur, they stay a while, then disappear, taking the infection underground, as it were.

The first sign of syphilis is often an ulcer-like bump on the skin, called a chancre, that appears 10 to 90 days after exposure. "It's usually in the genital area, but increasingly it's being found orally, through oral sex. Then you also can have rectal primary syphilis," Allen said.

"But because (the chancres) are not painful, often they're not identified, particularly in areas like the mouth," she explained.

The next stage, called secondary syphilis, occurs when the bacteria circulate throughout the body. Symptoms can include fever, headache and a rash that can even appear on the palms of the hands or soles of the feet. The rash can be flat or raised and is often widespread; it may also take the form of pustules, or fluid-filled sacs.

That second phase lasts a couple of weeks, then symptoms disappear again. But left untreated, the bacteria remain and infect tissues throughout the body, including the brain. That can lead to blindness, physical disfigurement and brain damage, called neurosyphilis.

"We know that if it's not treated, even if it goes away, there's about a 25 to 30 per cent chance of late complications, anywhere from five to 40 years down the line, where it can involve your health and brain," she said.

"So even though the symptoms go away, it still has the potential to develop these long-term consequences."

Up until the development of therapeutic penicillin in the early 1940s, anyone who contracted syphilis was virtually a ticking time bomb, waiting for the disease's nastiest symptoms to take hold. Gangster Al Capone and artists Edouard Manet and Paul Gauguin are known to have died of the "French pox," while Hitler, Lenin, Napoleon and Henry VIII are among the famous historical figures thought to have been infected.

Today, syphilis is still treated with penicillin, administered through intramuscular injections. Unlike gonorrhea, which has developed resistance to many standard antibiotics, syphilis remains "100 per cent sensitive to penicillin," Allen said.

If untreated, a pregnant woman can pass the infection to her fetus, increasing the risk of having a still birth or leading to developmental problems in the child after birth.

With the rise in infections, the number of cases of congenital syphilis has also gone up, said Njoo. In 2001, there was one case of a syphilis-infected child in Canada; in 2010, there were six cases.

"In my view, even one case of congenital syphilis is in a sense unacceptable," he said.

"It's a tragedy which could or should be avoided. With early diagnosis of pregnant women, there shouldn't be a case of a baby being born that has congenital syphilis."

Allen said she gets calls daily from people asking about syphilis. "And I'm getting calls from clinicians that have never seen syphilis in their life and they have a case of syphilis in front of them and they don't know what to do."

That's why it's critical that people engaging in potentially risky sexual activity use condoms to prevent the spread of syphilis and other sexually transmitted infections -- including HIV, which is more easily contracted in the presence of syphilitic lesions.