Governments at UN summit pledge to do more to prevent malnutrition 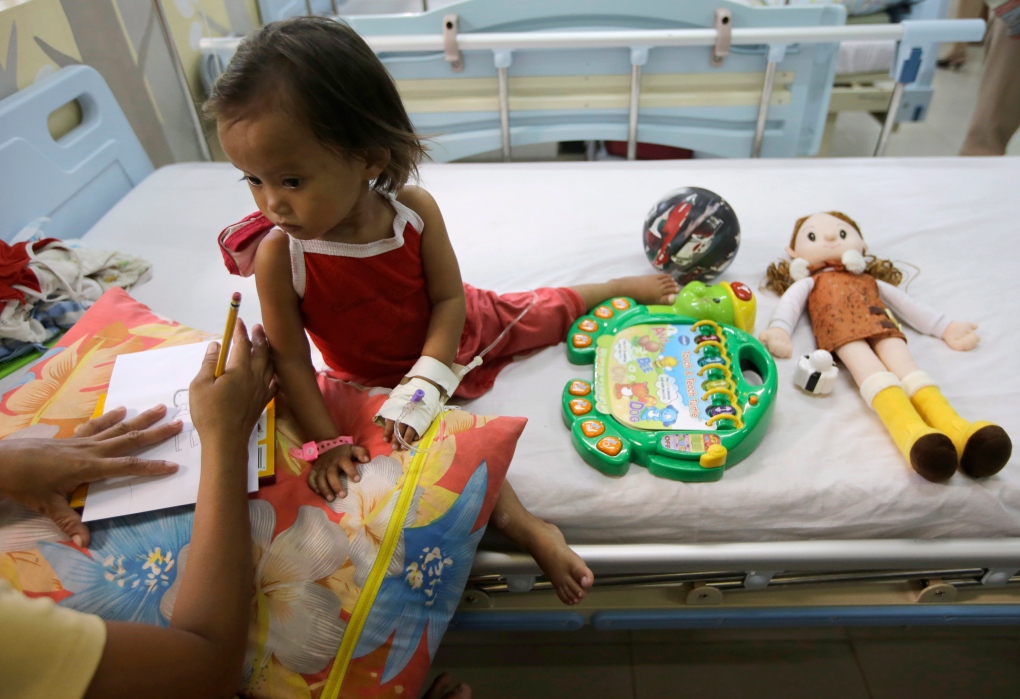 A child, diagnosed with malnutrition, recuperates in a hospital with assistance from a global humanitarian agency Action Against Hunger on the outskirts of Tacloban, Leyte province in central Philippines, on Thursday, Nov. 6, 2014. (AP / Bullit Marquez)

ROME -- More than 170 governments pledged Wednesday to do more to prevent malnutrition around the globe, adopting voluntary guidelines to promote healthy diets and reduce levels of obesity at the start of a three-day UN conference.

Currently, 2 billion people -- one-third of the world's population -- suffer from nutritional deficiencies, including vitamin A, iodine, iron and zinc. Such deficiencies caused 45 per cent of all child deaths in 2013. At the same time, some 42 million children under age 5 are overweight and some 500 million adults were obese in 2010, UN figures show.

The guidelines to tackle malnutrition note that wars, natural disasters and epidemics such as Ebola have devastating effects on healthy diets. They call for the safe distribution of food and medical supplies to people in need. Governments also pledged to invest more in nutrition programs, encourage breast-feeding and develop farming policies that promote sustainable, safe and nutritious diets.

The guidelines call on governments to protect consumers, especially children, from "inappropriate marketing and publicity of food" to reduce growing obesity levels. They note that sedentary lifestyles combined with saturated fats and sugar are responsible for rising rates of obesity and disease, in rich and poor countries alike.

The conference co-host, Dr. Margaret Chan of the World Health Organization, defended the $3.8 million cost of the conference, saying the investment to boost political will was worth it. "Without proper nutrition, investment in health and education is wasted," she said.