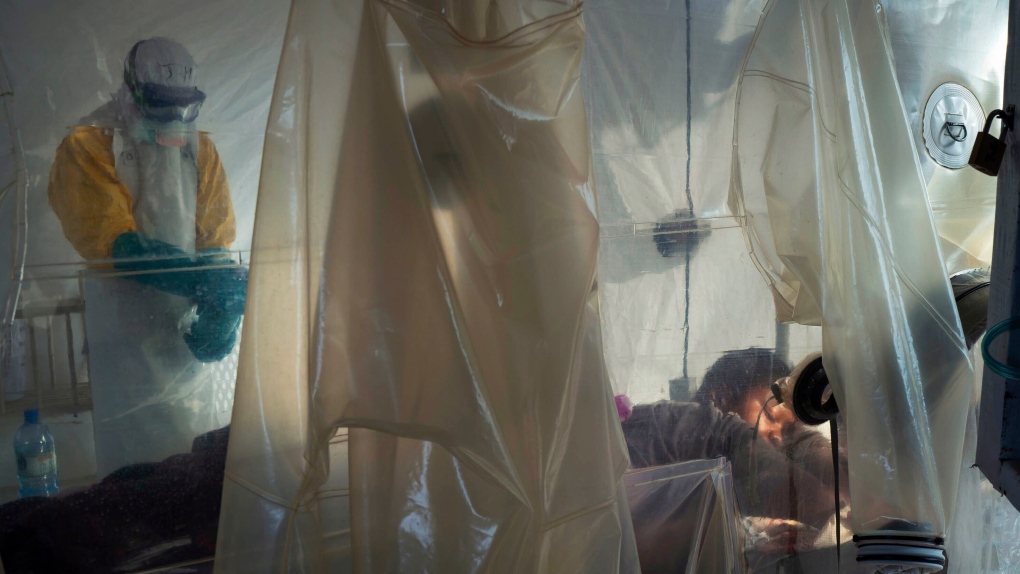 KINSHASA, Congo -- Congo's year-long Ebola outbreak has spread to a new province, with two cases, including one death, confirmed in South Kivu, according to the government health ministry.

The movement of the potentially deadly disease to a new province highlights the difficulties that health workers in Congo face in controlling the outbreak.

Two new patients tested positive in the Mwenga area of South Kivu, adding to North Kivu and Ituri provinces where there are confirmed cases of the disease, according to the health ministry.

The new cases are "a 24-year-old woman and her 7-month-old child," said Dr. Jean-Jacques Muyembe, the director of Congo's National Institute for Biomedical Research, in a statement released on Friday.

The Ebola outbreak in eastern Congo has killed 1,808 people out of 2,765 confirmed cases, according to the new report. The current outbreak, which started on Aug. 1 last year, is the second largest in history.

The spread of confirmed cases to a third province shows that health workers have struggled to contain the outbreak, despite the use of a vaccine. Many people in eastern Congo do not trust doctors and other medics.

An average of 81 new cases of Ebola are confirmed each week, according to the World Health Organization, which issued an update on the outbreak Friday. WHO said that its appeal for $287 million to fund the public health part of its campaign to control this outbreak has only received $15 million so far.

Earlier this week, doctors announced positive news that two new drugs appear to be effective at saving lives of those who fall ill with Ebola.

Muyembe and other scientists announced that preliminary results from a trial in Congo found two drugs -- made by Regeneron and the U.S. National Institutes of Health -- seem to be saving lives. Researchers said more study is needed to nail down how well those two compounds work. The drugs are antibodies that block Ebola. In the trial, significantly fewer people died among those given the Regeneron drug or the NIH's, about 30%, compared to those who received another treatment.

There is less danger that Ebola will spread through Goma, the capital of North Kivu province with more than 2 million inhabitants, because about 200 contacts and suspected cases have been identified and have received proper medication, said Muyembe. He said people arriving in Goma are being monitored at the city's entry points.

Health officials have also vaccinated tens of thousands of people in Congo and surrounding countries in an attempt to stop the outbreak, but the virus has now continued to spread for more than a year. Response efforts have been repeatedly hampered by attacks on health workers and continuing mistrust among the affected communities; many people in the region don't believe the virus is real and choose to stay at home when they fall ill, infecting those who care for them.