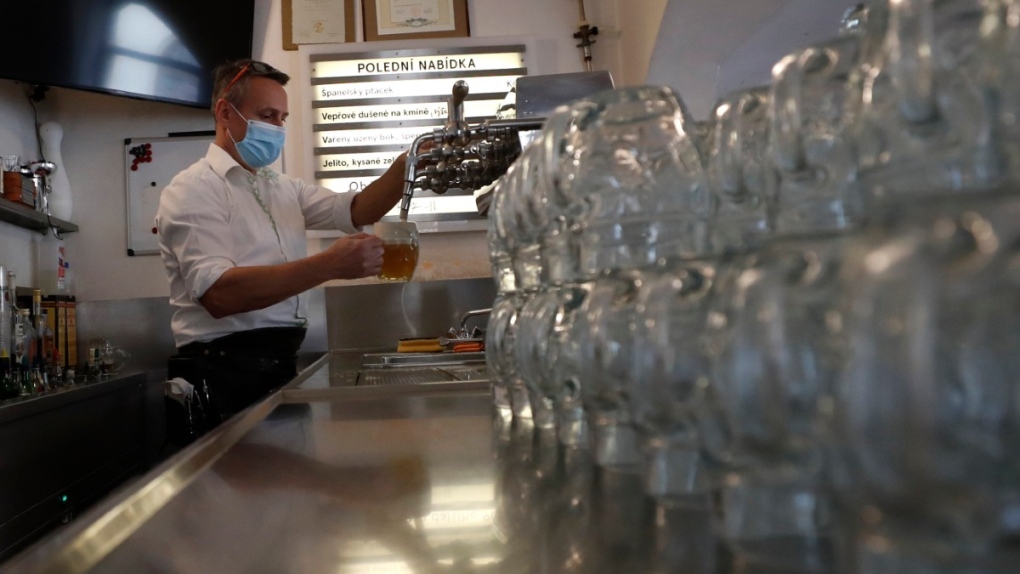 The amount consumed annually on average by each person in the country dropped by 7 litres (14.8 pints) to 135 litres (285 pints), the Czech union of brewers said.

It's the lowest figure since the 1960s, according to the union.

Frantisek Samal, the head of the union, said up to 500 pubs were forced to close for good, and hundreds more are expected to follow suit this year.

"I don't remember a time when pubs and restaurants were in such crisis," Samal said.

Bars and restaurants were closed for months after the pandemic hit the country in March last year, while the ban on drinking alcohol in public and the cancellation of sports, cultural and other events also contributed to the drop.

Overall beer production in the country was down by 6.9% at 20.1 billion litres (531 million gallons). Beer exports were down by 38 million litres to about 500 million litres, the first decline after nine years of growth.

The Czech Republic has been one of the European countries hardest hit by the pandemic. The nation of 10.7 million has registered over 1.6 million confirmed cases, with 28,640 deaths.