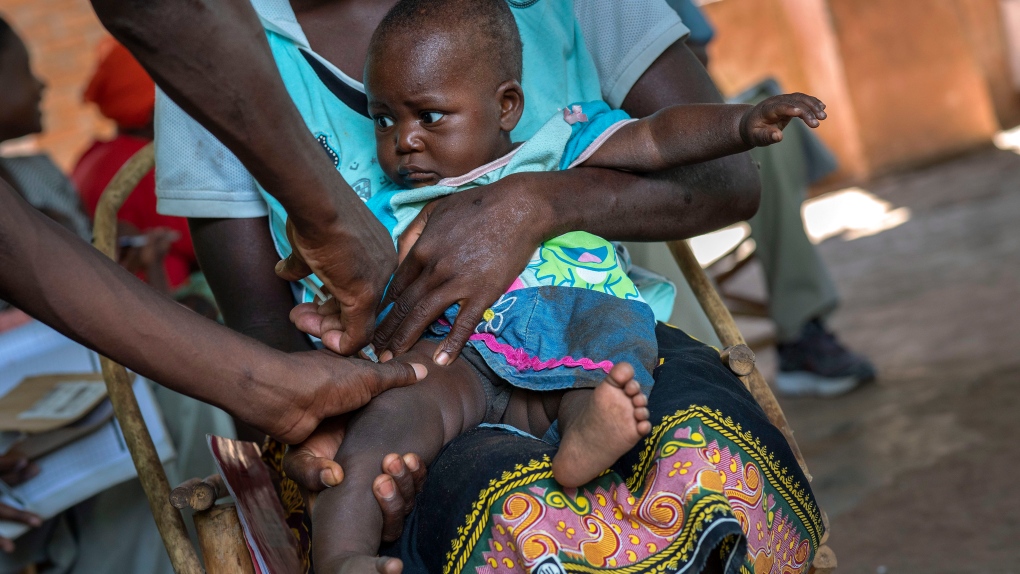 TORONTO -- A Canadian bioethicist is questioning the World Health Organization’s malaria vaccine testing after he says the agency failed to adequately inform the participants that they’re part of a large-scale study.

Charles Weijer, a bioethicist at Western University in London, Ont., believes the WHO committed a violation of the Ottawa Statement, an international ethics guideline where he served as the lead writer, after not informing the parents of thousands of children involved that they are part of a clinical study.

“The WHO malaria vaccine trial is a serious breach of international ethical standards,” Weijer wrote in an email to CTVNews.ca.

WHO is currently testing the world’s first malaria vaccine, Mosquirix, by administering the drug to 720,000 children in Malawi, Ghana and Kenya over the next two years.

The study was approved by WHO’s Research Ethics Review Committee in February 2018, but Weijer said he’s yet to seeany ethical approval from agencies in any of the countries where the testing is being done.

“WHO should urgently clarify whether host country review and approval was obtained,” he said. “If it was not obtained, this would be a further serious breach of international ethics standards.”

As part of the testing, areas of each country have been randomly selected to either receive the drug or not. After two years, WHO plans to evaluate the differences between these regions to form a decision regarding further roll out of the drug.

The UN health organization defends its testing as not part of any research project, but simply a “pilot introduction” of the vaccinein all three countries, and that it’s part of a child’s regular vaccine schedule.

“An implied consent process is one in which parents are informed of imminent vaccination through social mobilization and communication, sometimes including letters directly addressed to parents,” a WHO spokesperson told the British Medical Journal. “Subsequently, the physical presence of the child or adolescent, with or without an accompanying parent at the vaccination session, is considered to imply consent.”

Weijer argues that by just showing up for a vaccination is no indication that a child and a parent has offered consent to test a new medication.

“Implied consent is no consent at all,” Weijer said. “There is no assurance that parents attended an information meeting about the malaria vaccine, let alone that they understood it.”

“WHO’s implied consent process fails to allow parents to provide meaningful or informed consent on behalf of their children in the trial, and this represents a serious breach of international ethical standards.”

Malaria, which kills more than 400,000 people annually, is caused by bites from infected mosquitos, which then send parasites into the bloodstream. These parasites grow and multiply in the liver, before being sent back into the bloodstream, which can cause high fever, vomiting, convulsions and can send patients into a coma.

The vaccine has been in the works for three decades and works against the most deadly parasite species associated with the disease.

Mosquirix was first given regulatory approval in 2015, but the WHO decided to first roll it out through this pilot project to test it in real-world conditions before recommending it to other areas of Africa.

Early reports suggest the drug is about 40 per cent effective, but previous clinical trials show there are some serious side-effects, including a 10-times-higher rate of meningitis, an increased rate of cerebral malaria and an increased risk of death overall for girls.

“Parents of children should be aware of these risks and consent to them before children receive the vaccine,” Weijer said.

“The big concern here is that the WHO malaria vaccine trial will fundamentally undermine trust in both vaccines and research in Africa. This would be a terrible outcome indeed.”

WHO says information regarding these safety concerns are articulated through “health talks and community outreach.”

“Parents who present for vaccination do so with the option to vaccinate their children or not,” the health agency added.