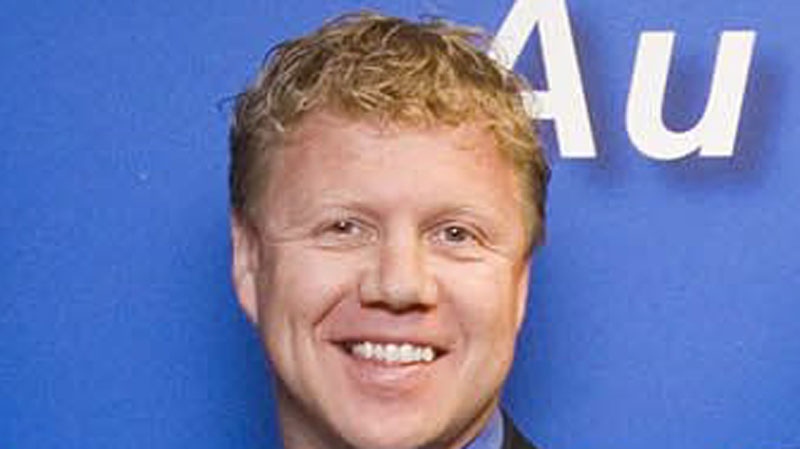 Rick Dykstra is seen in this cutaway from a 2007 photo in St. Catharines, Ont. (PR DIRECT PHOTO/Human Resources and Social Development Canada)

OTTAWA - The House of Commons ethics watchdog urged the Conservative government on Tuesday to toughen its rules on political fundraisers following her latest investigation of a Tory MP's dealings with lobbyists.

It's the second time in four months that Ethics Commissioner Mary Dawson has asked the government to take a closer look at the issue.

Dawson cleared Ontario MP Rick Dykstra of any wrongdoing after he personally invited lobbyists to a fundraiser at a Blue Jays game last year, promising that ministers and baseball alumni would also be there.

Dykstra is parliamentary secretary to Immigration Minister Jason Kenney and thus a public officer holder, subject to a different set of rules than ordinary MPs.

Dawson said Dykstra's Conservative riding association paid the full market value for the owner's suite at the Rogers Centre and the food and drinks. She also said that Dykstra didn't do anything to further his own personal interests or those of his family and friends through the $400-a-ticket event and didn't have any dealings with the lobbyists there on government policy.

"It's what I expected and what I've been stating from the very beginning that myself and my association followed the rule and her report shows very clearly that in every section of the Act we did just that," Dykstra told The Canadian Press.

But Dawson warned Dykstra to be cautious in his future dealings with the lobbyists to avoid any conflict of interest.

"There remains, nonetheless, the possibility that future dealings between Mr. Dykstra and those individuals could create situations where issues of preferential treatment or other conflicts of interest could arise," Dawson wrote.

Dawson suggested that the government should simply prohibit public office holders, including ministers and parliamentary secretaries, from ever soliciting money personally for a political fundraiser. That rule existed under a previous code, but disappeared when the Conflict of Interest Act was introduced in 2006 by the Conservatives.

"Its reinstatement, at least in relation to ministers and parliamentary secretaries, would be worth considering, as it would remove a source of public concern in this area," Dawson said.

She also reiterated her recommendation that the Conflict of Interest Code for members of the House of Commons be tightened to put in more barriers between MPs and lobbyists they might contact through fundraising activities.

Dawson's office touched on these issues in May, when she reported on her investigation of a fundraiser that featured cabinet minister Lisa Raitt.

She cleared Raitt of any wrongdoing in that matter, which involved lobbyists actively helping to organize the fundraiser.

Prime Minister Stephen Harper's office developed new guidance for public office holders in April, but did not move to change either the MPs' code or the Conflict of Interest Act.

The investigation into the fundraiser at the ball game involved some wrangling between Dawson, Dykstra and the Conservatives.

Dawson complained when the Conservative party's lawyer said he would represent Dykstra and two other Conservatives she was interviewing for the investigation. The ethics commissioner found she was getting very similar answers from all three parties, even though they were not supposed to discuss the case with one another.

She was also initially told that the two other Tories organized the event, but later found out that it was Dykstra who played the main role. "This investigation would have been greatly facilitated had this information been provided at the outset," she said.

She also refused Dykstra's request to be present when she interviewed other individuals involved in the matter.

Dykstra chalked the tensions up to typical friction between lawyers representing different sides.