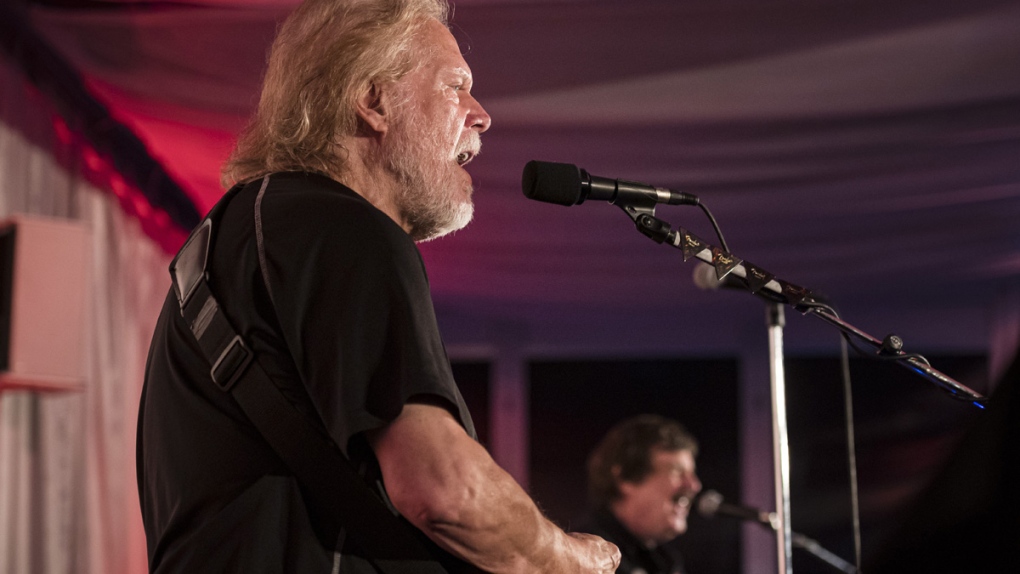 TORONTO -- Former Guess Who bandmates Randy Bachman and Burton Cummings reunited on Thursday for a charity concert of warm memories and unforgettable hits that marked their first time performing together in a decade.

The on-again, off-again musical partnership reached a high note at Music Under the City Stars, a fundraiser in support of Canada's Walk of Fame at Toronto's landmark Casa Loma, where the duo reminisced about the good times.

They shared the stories behind their iconic songs, including "American Woman" and "No Sugar Tonight," and poked fun at each other about getting older.

"This is the way they sounded when they were being written -- before they became records," Cummings, 71, explained before kicking off the 90-minute set of stripped-down takes without a backing band.

"This is sort of like Randy and me inviting you into our living room in the old days."

For the audience of roughly 200 people at the dinner and concert fundraiser -- which went for $2,500 per seat -- seeing Bachman and Cummings on friendly terms was a rare delight.

The Winnipeg-bred musicians have long battled over their personality differences and last performed together in 2009. Bachman wrote in his 2014 book "Tales From Beyond the Tap" about what he considered inequitable distribution of publishing profits between the two songwriters.

None of those squabbles were apparent as the musicians sat on opposite sides of the stage while chatting about their spot in Canadian history at a event that doubled as an announcement of the next generation of Walk of Fame inductees.

Among the names who will be honoured this year are the late "Mr. Dressup" children's entertainer Ernie Coombs, actor Will Arnett, and Olympic speedskater Cindy Klassen.

Bachman and Cummings are both two-time Walk of Fame inductees themselves, once for the Guess Who and the other in Bachman's case for his work in Bachman-Turner Overdrive. Cummings has recognition as a solo artist.

Both artists acknowledged their post-Guess Who hits during the show. Bachman chose to perform songs that included "Ain't Seen Nothing Yet" and "Takin' Care of Business" from his days in Bachman-Turner Overdrive, while Cummings sang his solo efforts "Stand Tall" and "Break It to Them Gently."

Still, neither of them could escape the fact they were reunited on stage to celebrate a certain part of their youth and the infectious classics that era inspired.

Bachman recalled how "girls were crying on the front lawn" of their house after news spread that Cummings had split from his R&B band the Deverons to join the Guess Who.

Their careers took off with "These Eyes," which Bachman and Cummings co-wrote. The international hit single is a vocal feat that involves Cummings scaling the octaves each time, Bachman acknowledged.

"It sounds easy, but if you're trying to sing it, it just goes up and up and up," he said.

"I don't think Celine (Dion) could sing this song. I'd love it if she tried."