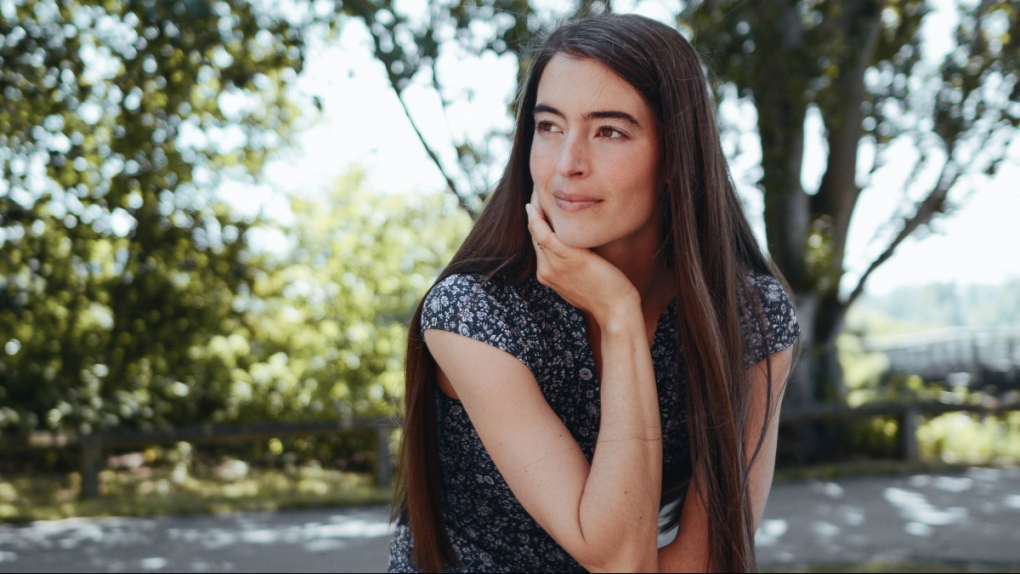 Emma Hansen says the grief of losing a child before they are born is shrouded in silence.

On Good Friday in 2015, one day shy of the due date for her first pregnancy, Hansen listened for the whooshing thrum of her baby's heartbeat on her Doppler monitor, but all she heard was static.

She rushed to hospital where doctors explained that a knot in the umbilical cord had cut off circulation and she would have to deliver the stillborn infant.

In a hospital room the next day, Hansen held her eldest son, Reid, in her arms and hoped against hope that his cry would pierce the quiet.

But Hansen says the silence lingered for months on end. In the baby's room, rattles lay untouched. When she told people what happened, they often wouldn't know what to say.

Five years later, the Vancouver writer and model is hoping to broach the silence surrounding stillbirths with her new memoir, "Still," which hit shelves earlier this month.

The book builds on a widely circulated essay Hansen posted on her blog in the days after Reid's death, garnering messages from parents who had suffered similar losses.

Every year, there are more than 3,000 stillbirths in Canada, according to Statistics Canada.

Hansen spoke to The Canadian Press about how she hopes "Still" will acknowledge those experiences and help readers cope with life after loss. Her responses have been edited and condensed for clarity.

CP: How do you hope your story will open up a conversation about stillbirths?

Hansen: I think that a lot of the tiptoeing around stillbirth comes from a lack of understanding about how to have that conversation ... and I think it's important to know there's no right or wrong way.

I found that most interactions that surprised me and felt uncomfortable in a moment were simply because that person was shocked that the answer to, "Do you have children?" could be, "I have a son, but he died."

I think that if we expose ourselves and operate from a place of love, then that is the best place we can start.

CP: What were some of the misconceptions you encountered while grieving Reid's death?

Hansen: Condolences were often given with a second part of the sentence, which was usually, "But you'll have another baby."

People really just want to help and support and offer comfort. I think it just comes down to mindfulness. It benefits the person who is grieving and sharing their story to meet them wherever they are, and if they're sharing that pain, to sit in that pain even though it might be difficult, because that serves to validate and acknowledge the magnitude of the loss.

CP: How do you think your experience fits into, and perhaps challenges, traditional conceptions of parenthood?

It's just changing the narrative to become more inclusive. I identified as a mother even though I wasn't mothering (Reid) in that traditional sense. I was writing and speaking about him. And even now, as I find ways to bring him into our family with our two young sons, these are all different ways of parenting him.

CP: In the book, you write that your second son, Everett, "is not here instead of Reid, but is here because of him." What did you mean by that?

Hansen: They're brothers, and I think it's really important to me that they're separate, but they're part of each other's stories.

It's really impossible to understand how all of that can be true. That I want Reid desperately, that I miss him and grieve him, and then I also acknowledge that my two other sons might not be here had we gotten that.

CP: How do you hope that "Still" honours the place Reid holds in your life?

Hansen: He couldn't write this story, but I had the ability to, and that is a different way he can be part of our present. I just hope that it can serve to support others, wherever they are on their journeys.

This report by The Canadian Press was first published April 13, 2020