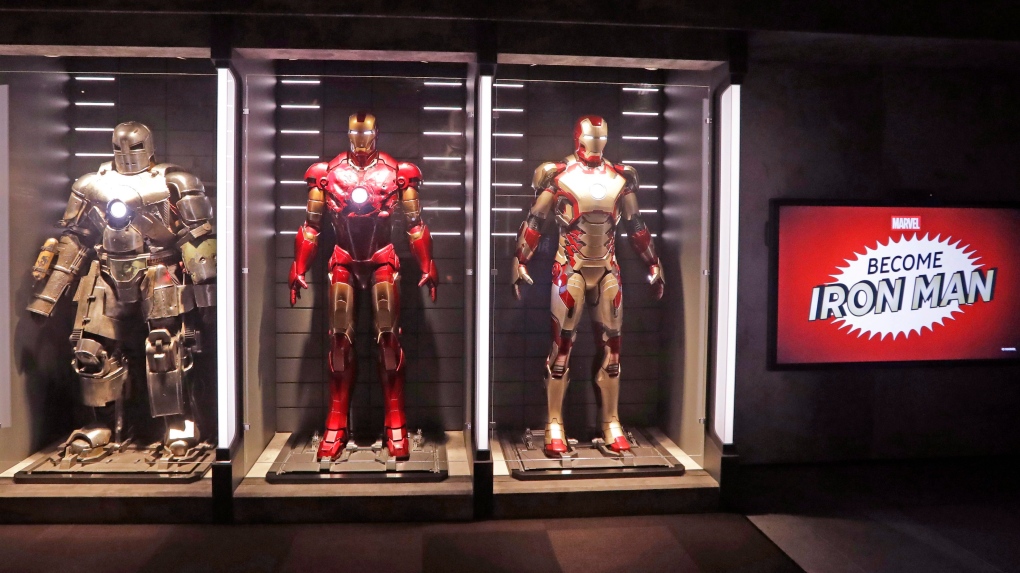 In this photo taken Wednesday, April 18, 2018, various costumes from the "Iron Man" films are displayed during a preview of the exhibit Marvel: Universe of Super Heroes at the Museum of Pop Culture (MoPOP), in Seattle. (AP Photo/Elaine Thompson)

Los Angeles police Officer Christopher No said Wednesday a police report was filed Tuesday and that the suit's estimated value is US$325,000.

The suit apparently went missing from the facility in the Pacoima neighbourhood between February and April 25.

KCBS-TV first reported the investigation and says the crimson-and-gold costume was used in the 2008 "Iron Man" film, which starred Robert Downey Jr.