Twisted Sister singer to anti-maskers: Don't use our song 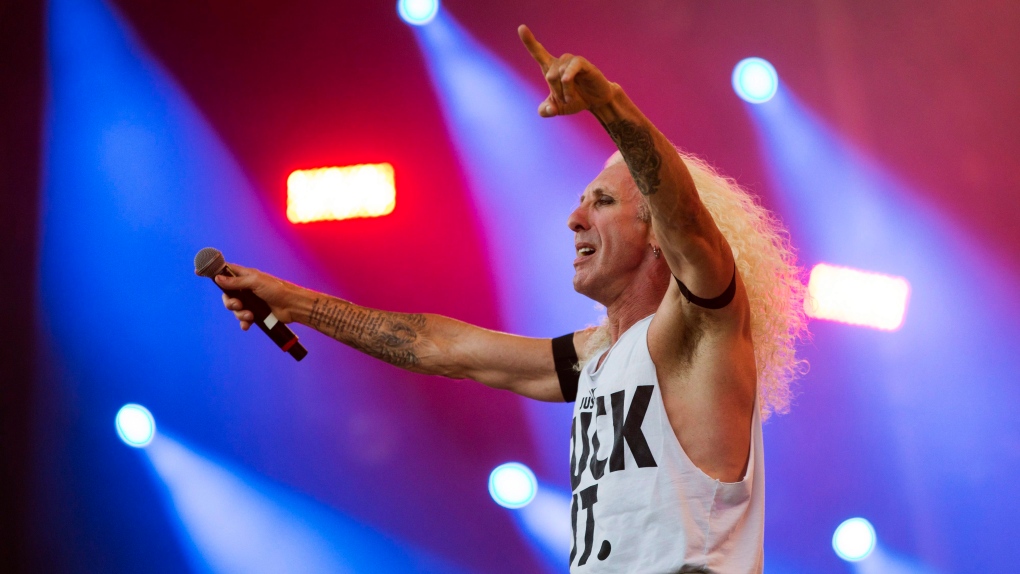 FORT LAUDERDALE, FLA. -- Twisted Sister singer Dee Snider took to social media to condemn anti-maskers who went into a Florida Target store blaring the group's hit "We're Not Gonna Take It" while ripping off their masks.

In a tweet Wednesday, Snider called the stunt "moronic," and shared a video that was recorded by an upset customer inside the Target at Coral Ridge Mall in Fort Lauderdale. The video had more than 30 million views.

Snider said the group doesn't have his "permission or blessing to use my song for their moronic cause."

The stunt drew quick action from Broward County officials. Target was fined for not enforcing the county's mask law and citations were mailed to the protesters, the South Florida Sun Sentinel reported.

Fort Lauderdale resident Chris Nelson told the newspaper that his group, ReOpen South Florida, organized the "flash mob." He also posted a YouTube video of it from their vantage point on Tuesday.

"In celebration of Burn Your Mask Day we decided to spread some freedom dust over the shoppers and employees of Target!" the YouTube caption said.

The small group of anti-maskers approached customers inside the store.

Another woman screamed that a customer should take the mask off. "You don't need it," she said.

If a guest complied, the group cheered.

Federal health officials have said masks could effectively halt the spread of COVID-19 and have begged the public to embrace them. Robert Redfield, director of the Centers for Disease Control and Prevention, told a committee of U.S. senators on Wednesday that a simple face covering could be more effective than a vaccine in protecting people from the virus.

Nelson has been involved with previous protests related to the coronavirus pandemic. He staged a protest against beach closures on the Fourth of July. He shouted about restrictions being intrusions on citizens' Fourth Amendment rights during a Broward County news conference. Police asked him to leave, saying he was causing a disturbance. He initially resisted but complied after an officer ordered him to place his hands behind his back.

Three people were identified on video and the county mailed them $100 citations for failing to wear facial coverings in public spaces to help curb the spread of COVID-19, Broward County spokeswoman Margaret Stapleton told the newspaper.

"Any additional participants from the video that are able to be identified will also receive $100 citations in the mail," she said.

Interim Assistant Police Chief Frank Sousa said the group was gone when officers arrived. But he told the newspaper the protesters had entered the store with their masks on.

Danielle Schumann, a Target corporate spokeswoman, said Target requires shoppers to wear masks inside stores. The protesters were asked to leave "after they removed their masks and became disruptive and rude to other shoppers," she said.

Nelson told the Sun Sentinel he will continue to use the Twisted Sister song, despite Snider's criticism.

"It's sad," Nelson said. "It's a great anthem about freedom and overcoming oppression."