Timberlake previews new album in forest-like space, bugs and all 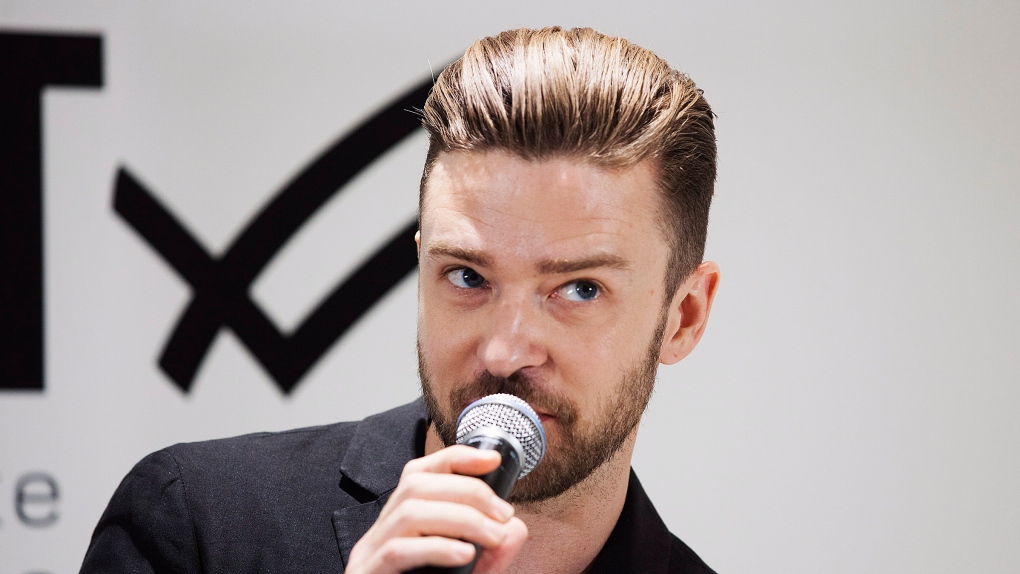 Justin Timberlake is interviewed at the Hudson's Bay store to promote the William Rast clothing line he founded with Trace Ayala in Toronto on Tuesday, July 16, 2013. (THE CANADIAN PRESS/Michelle Siu)

NEW YORK - If the latest photos from Justin Timberlake's new album campaign don't relay the message that he's into nature and the woods, his first listening for the project drove the point home.

Tuesday's event in New York City to debut "Man of the Woods" was decorated with bushes and trees, while ants coated in black garlic and rose oil and grasshoppers were served.

But don't get too concerned about the pop star switching gears, the album - much like the lead dance single - sticks to Timberlake's musical persona, as upbeat pop, R&B and electronic tracks make up the collection of 16 songs.

Music industry insiders, members of the press and American Express cardholders - the company put on the event and will hold another on Wednesday - listened the full album as red lights beamed in the large space, which Timberlake helped design.

"I'm not going to go all Ray LaMontagne," Timberlake said at the listening, jokingly referring to the singer-songwriter known for his rock and folk sound.

He called "Man of the Woods" a "personal album" and said the record is a tribute to his 2-year-old son, Silas, a name that means "living in the woods."

"That's where I got the idea," said Timberlake, who attended the event with his actress-wife, Jessica Biel, as well as family and friends he said had flown into town to support him.

Silas' voice appears on the album's closing track, "Young Man"; Alicia Keys is on the rootsy "Morning Light"; and Chris Stapleton appears on "Say Something," which seemed to be a crowd favourite at the event.

Timberlake, who will headline next month's Super Bowl halftime show, worked again with mega-producer Timbaland on the album. First single and album opener, "Filthy," debuted at No. 9 on the Billboard Hot 100 chart this week.