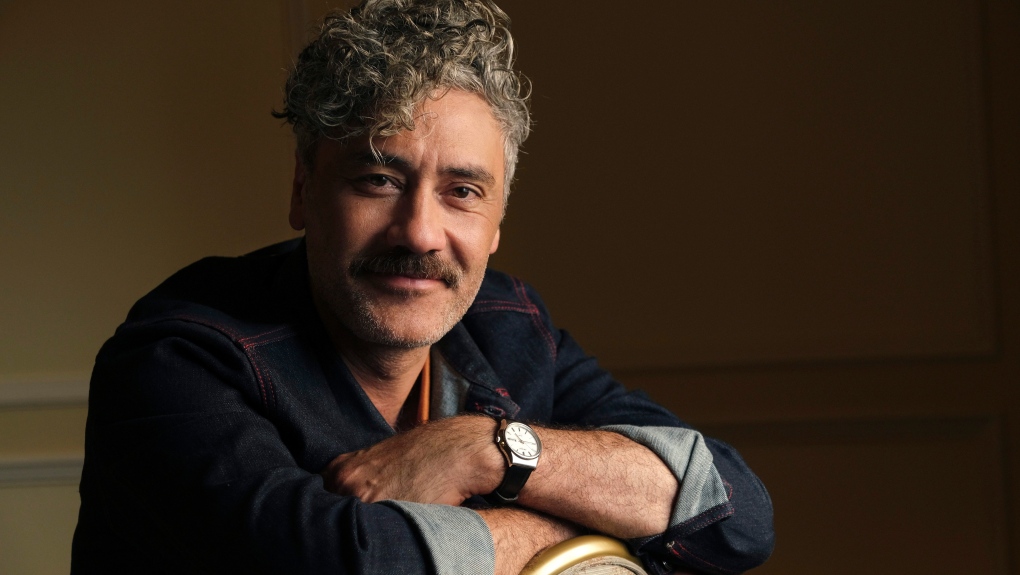 This Sept. 8, 2019 photo shows writer-director-actor Taika Waititi posing for a portrait to promote his film, "Jojo Rabbit," at the Fairmont Royal York Hotel during the Toronto International Film Festival in Toronto. THE CANADIAN PRESS/AP-Photo by Chris Pizzello/Invision/AP

It's the middle of a whirlwind press day at the recent Toronto International Film Festival and despite how uncomfortable he looks, cushioned by a thin carpet, Waititi won't muster the energy to pull himself into a chair.

"This festival is great, but man, am I rinsed," the New Zealand filmmaker mutters with a hearty exhale, and an invitation to join him on the ground. After an exhausting morning defending his latest film, Waititi would prefer to conduct this interview horizontal.

"Jojo Rabbit," his Second World War-era satire set in a cartoonish bubble of a Hitler Youth camp, rode into TIFF with cautiously optimistic buzz and was met with a divided response from critics. Some knocked the film's light-hearted portrayal of Nazi Germany and detached engagement with the Holocaust, while others praised its zany humour and heartfelt moments.

It's now considered a serious contender for a best picture Oscar nomination.

"Jojo Rabbit," which opens Friday in Toronto and other major cities throughout November, tells the story of a German boy who discovers his mother, played by Scarlett Johansson, is hiding a Jewish teenage girl in their attic. The revelation presents him with a conflict of morality as he occasionally confides in an imaginary friend -- a flamboyant version of Adolf Hitler, played by Waititi, that winks at Charlie Chaplin's "The Great Dictator."

A supporting cast of colourful Nazi characters deliver the punchlines, among them Rebel Wilson, who plays a variation of her Fat Amy role in "Pitch Perfect" and Sam Rockwell revisiting the buffoonery of his racist police officer in "Three Billboards Outside Ebbing, Missouri," which won him a best supporting actor Oscar.

The film carries the DNA of Waititi's past work, including the coming-of-age story "Boy," his absurd vampire comedy "What We Do in the Shadows" and the rebellious spirit behind Marvel's mould-shattering superhero adventure "Thor: Ragnarok."

"I'm not sure you can say this film is a challenging approach to the subject," Waititi acknowledges after flipping on his side and cradling his head in his hand.

"It's your pretty standard fare when it comes to trying to remind people that being a Nazi is not cool -- like, that is the message."

Waititi is bound to encounter more tough questions about "Jojo Rabbit" as the film launches its awards campaign. Some critics have wondered why now, in the midst of a resurgence of emboldened white supremacists and dictatorships across the world, the director wanted to put his comedic flair on such a terrible period of history.

The director shrugs off those questions, saying he aimed to "keep the conversation going and make something that isn't too safe," and by those accounts he's happy with the outcome.

"I've never come into this feeling that I could be told what to do," he said of his career.

"I've made a very big effort to surround myself with smart people, and I'd like to think that I'm quite a smart person. So if I get the film and understand it -- and my friends and my peers get it -- then that's all I can do."

This report by The Canadian Press was originally published on Oct. 21, 2019.