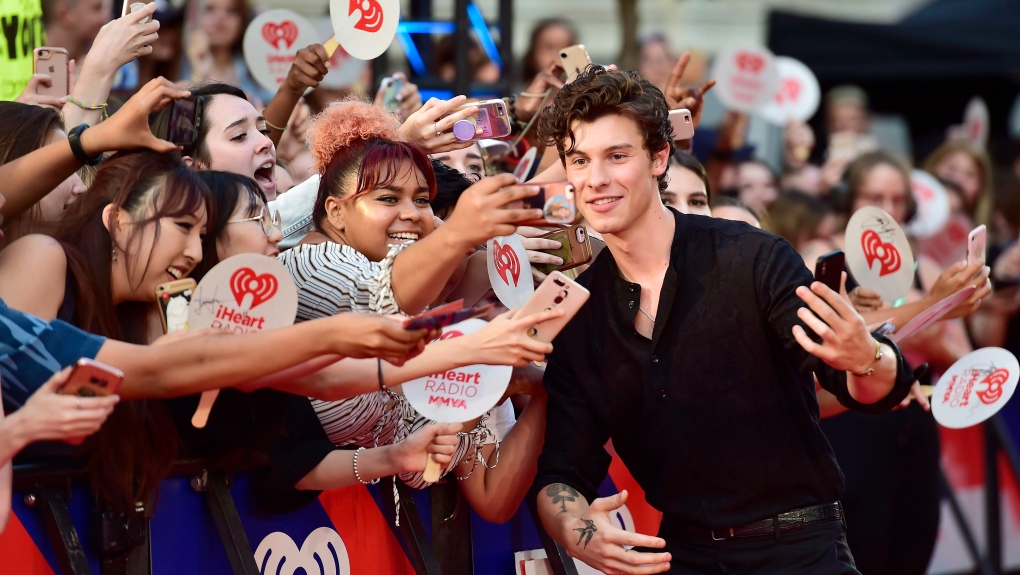 Shawn Mendes takes photos with fans as he arrives on the red carpet at the iHeartRadio MMVAs in Toronto on August 26, 2018. THE CANADIAN PRESS/Frank Gunn

TORONTO -- Shawn Mendes has locked in a date for "Wonder," the title of his new single and upcoming fourth studio album.

The pop singer from Pickering, Ont. unveiled the early details of the next chapter in his music career, sharing a fantastical promotional trailer.

The cinematic scene opens as the camera drifts into an apartment and past a newspaper with a headline that reads: "Famous Musician Gone Missing."

Moving across the room, it eventually meets with Mendes, who's laying on his back on a mattress on the floor, playing a sombre song on a piano behind him.

Mendes gets off the floor and cracks open a window, which splashes light and seemingly reveals an entirely new world.

The clip closes out with the Friday release date for the "Wonder" single, and the full album marked for Dec. 4.